Footballers exist for our vicarious pleasure. We ordinary mortals might not be winning trophies, growling through the streets in a Lamborghini Aventador, or executing bicycle kicks, or wearing $800 Saint Laurent jeans, or zipping about on private planes snuggling under Hermès blankets with top-shelf tottie, or pouring artisanal tequila down our throats, but somebody sure as hell better be doing it. In their strange meteoric footballing lives we need to see all our hopes and fantasies distilled and writ large, exploding and imploding. 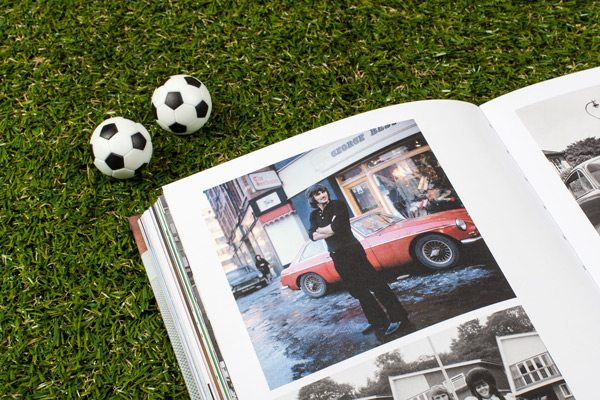 The wage cap was officially lifted in 1962, and suddenly British footie players began coining it. They became part of the Swinging Sixties and began to live like rock stars, or at least to aspire to. Chief among them was raven haired stallion and Manchester United winger, Mr. George Best, the guy the press dubbed The Fifth Beatle, the guy who famously declared, “I spent a lot of money on booze, birds and fast cars. The rest I just squandered.” 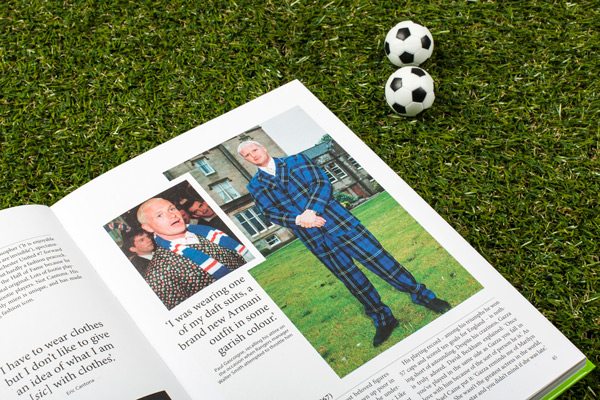 In the 90s men’s designer fashion went global, and footballers were first in line: ‘I went out and bought ten Versace suits – but in all the brightest colours…and I got my hair bleached. I can’t remember why. It must have seemed like a good idea at the time.’ Thus spake footballing folk hero Paul Gascoigne, “the most naturally gifted footballer of his generation” and the poster child for footballer excess, and post-retirement struggles. 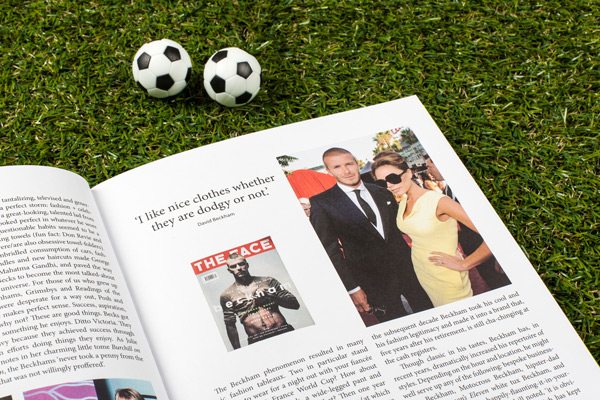 In 2001, David Beckham, complete with Mohawk, appeared on the cover of The Face, the now-extinct bible of fashion esoterica, thereby achieving something unprecedented for a footballer: complete fashion legitimacy. No longer just a consumer of clothing and a popularizer of blokey trends, Becks becomes a bona de inspirational icon of cool. In the subsequent decade Beckham took his cool and his fashion legitimacy and made it into a brand that could sell anything from Brylcream to undies. Especially undies. 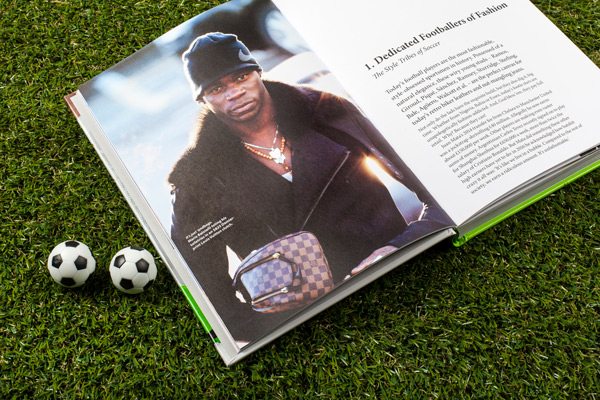 It’s just ‘andbags. In the 21st Century metrosexual footballers like Italian national Mario Balotelli take their accessories very seriously. Carrying the latest Gucci or Louis Vuitton washbag into the changing room becomes an important moment of bravado and status. In addition to his appreciation for a good handbag – and his athletic skills – Balotelli is also known for his camouflage-painted Bentley which racked up thirteen thousand dollars in parking tickets during his time at Manchester City. 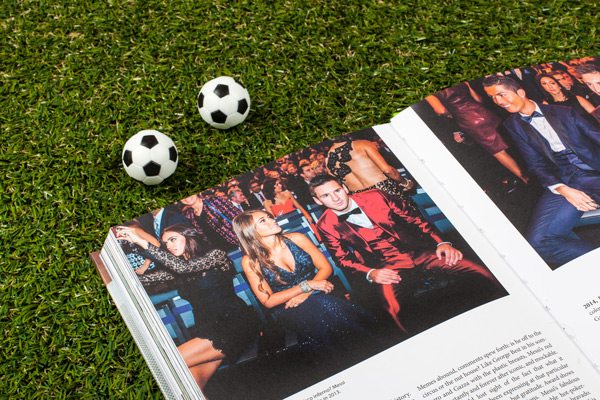 At the 2013 FIFA Ballon d’Or awards Lionel Messi – many would argue that the Barcelona forward is one of the greatest players of all time – makes fashion history. Señor Messi wears an extraordinary suit made from shiny red shantung silk, a raging, blazing disco-inferno of red bespoke Dolce & Gabbana. The social media reaction is brutal, many accusing Messi of nicking his gran’s curtains. I, for one, think he looks damn good. 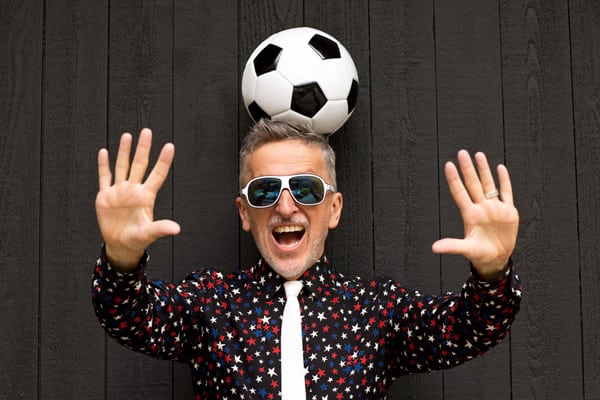 Simon Doonan is the Creative Ambassador for Barneys New York. He has worked in fashion for over 35 years, and is the author of six books, including the tongue-in-cheek style guides Eccentric Glamour and Gay Men Don’t Get Fat. 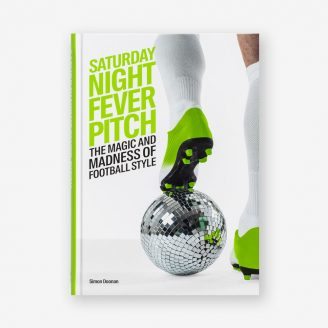