Nick Higgins introduces his new book Racing Bicycles – a beautifully observed celebration of cycle culture past and present. Read on to find out how you can get your hands on one of these three special prints…

It is a great time to be a cyclist. The lanes of Kent and Yorkshire are full of weekend puncheurs, randoneurs and grimpeurs, and the tiffossi fill up the cycling cafés for the classics. Bike shops are blooming everywhere, carefully curated outlets where you can borrow a spanner, source a titanium bottle cage bolt and know that your coffee has been nurtured by a connoisseur.  Cycling has upped its game. Riders are dressing the part: there is talk of cycling couture. British cyclists have been startlingly successful in the biggest of arenas, the high spec bicycle is reported to have replaced the sports car as the mid-life trophy me-gift of choice (and tumbleweed is blowing across golf courses).

I have been riding a bike for about 35 years, but I only been a cyclist for 20. There is a watershed where you self-identify with the bike. You find your niche, you are lost to the machine. I have been lucky enough to now join my work as an artist to my life as a bicycle. I have made a book that describes some of  the charm of the velo that grip me. It describes not my own engagement with bikes, but rather my fascination with the spectacle of professional road racing. 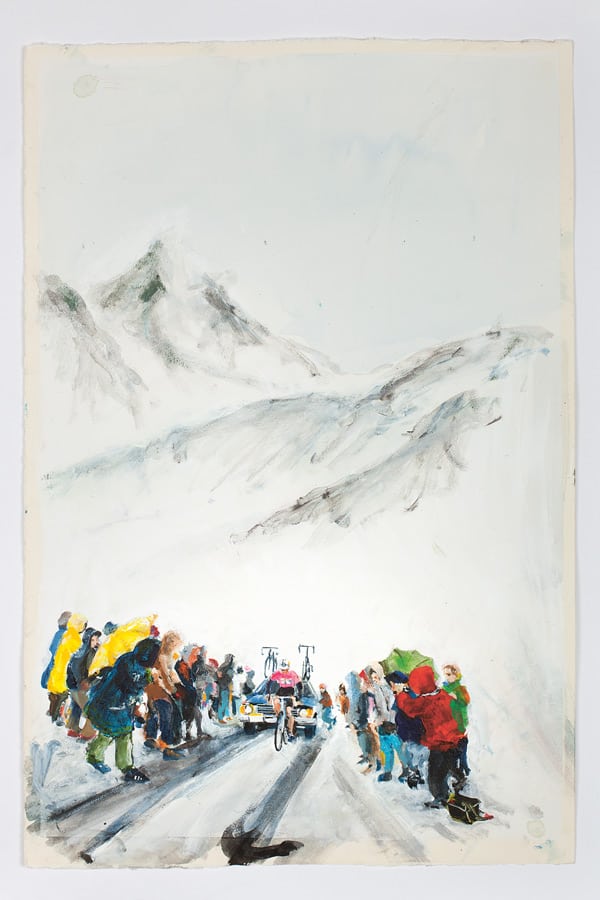 The Giro, the first Grand Tour of the year, often encounters extreme conditions when it reaches the mountains

Like many people I was first seduced by the Tour de France, Phil Ligget and Paul Sherwin every evening on C4. I cried when Stephen Roche caught Delgado on La Plagne in 1987. Then it was the Giro, the Vuelta and the Classics, all with a hundred years of racing history to get to grips with. I have made a  book that sets out to capture what it is in bicycle racing that I have found so compelling: the allure of the bicycle as an icon and the races it has run and the history that it has left behind.

As well as a story of riders and races, it is the history of a machine. The bicycle is a fundamentally simple thing, and the refinement of its parts to deliver maximum performance from a minimally complicated device is a fascinating process. The elegance of an efficient mechanism and the sculptural beauty of well designed parts meet in the bicycle. The evolution of the bicycle has its dead ends and its great leaps forward, every one witnessed in the frames and components that make up the narrative of its story. 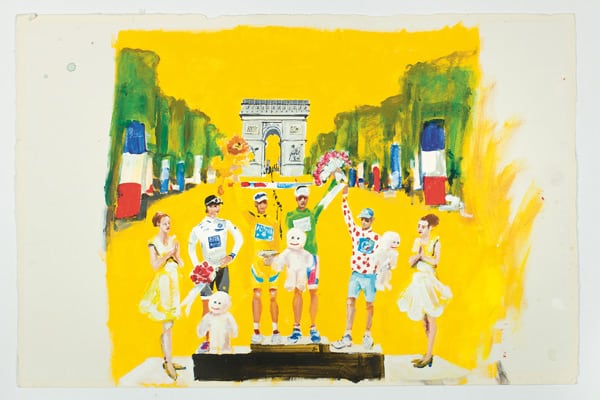 And then there are the clothes, from the wool and tweed of pioneer cyclists to the absurd graphic chaos of the modern helmet-to-overshoe branded peloton. It is the most sartorially sophisticated sport in the world. A traditional Italian leather cycling shoe has the elegance and poignancy of a ballet pump, while the bile-coloured fluorescent lycra of Tinkoff had all the brash confidence of the best pop art.

In my book I try to make a record of all these things: the excitement of watching races as they unroll, and the endless archive of drama, tragedy and barely credible anecdotes that make up the history of the sport. The fascination with the contest is amplified by the phenomenon of the bicycle as an object, and the vivid spectacle that has been made of the competitions contrived for it.

I have tried to get down in my words and pictures the things that have seized my imagination in all this rich mix, the resonant artefacts of the kit, the compelling narratives of races and the stories of the some of the riders themselves. As well as all this armchair study of the records and the relics, I hope I have retained the link with the incomparable physical adventure of actually riding a bicycle. 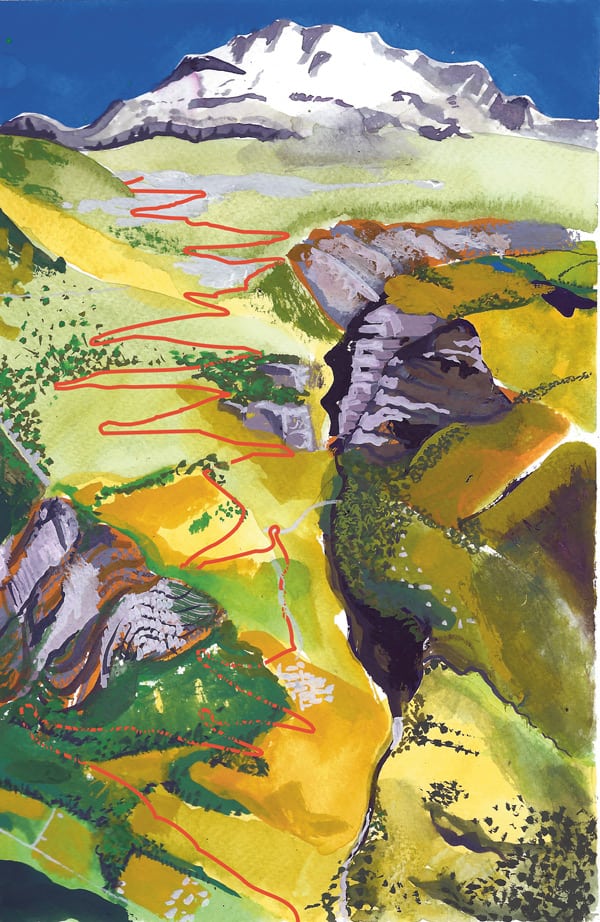 The movie star of the mountains – Alpe d’Huez

We have three A3 Giclee prints of the images featured here to give away to three lucky readers. To be in with a chance of getting your hands on one, just sign up to our Sport mailing list at the bottom of this page. Winners will be picked at random and notified by email. Good luck! 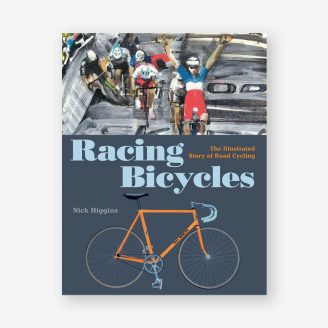 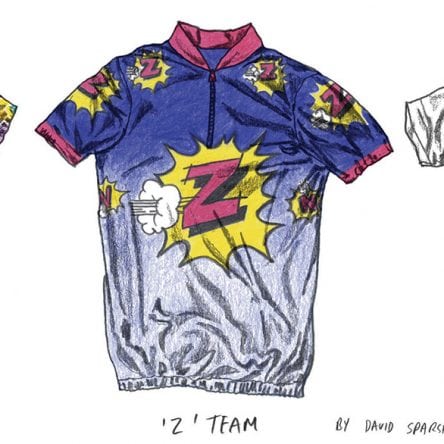