Editorial Director, Elizabeth Jenner finds inspiration in the lives of others, and hopes that a beautiful, entertaining and informative new Laurence King Children’s non-fiction series will inspire a new generation of readers to follow their passions, their creativity, and their curiosity – and help them be inspired to make a difference, in both small and larger ways. 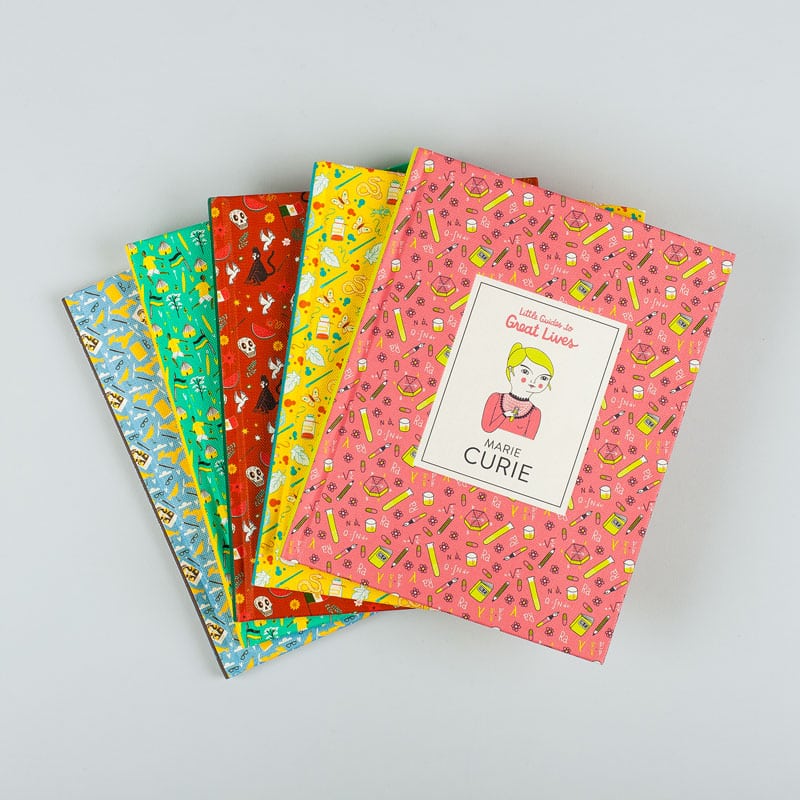 Little Guides to Great Lives is a series of small but in-depth biographies about the lives of some of history’s most inspiring and talented people – who they were, what their achievements were, how they overcame their personal adversities to attain them, and how their discoveries, creations, or fights shaped the world we live in today. 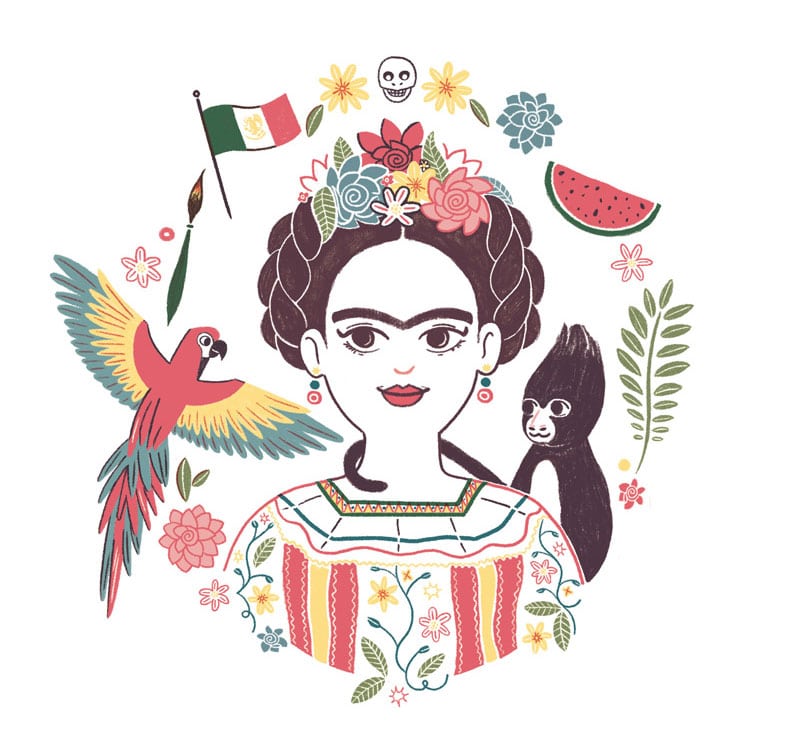 In five words, they’d be summed up as: Bright, Interesting, Relatable, Concise and Cute!

I had been looking around (this was a few years ago, before the first in the new wave of ‘inspiring women’ biographies came out) and couldn’t find anything that looked very inspiring in the biography section. Those that I could find were also mostly photographic, and given the burgeoning trend for illustrated non-fiction, I thought there was a gap for a fresh illustrated treatment in the biography market.

I wanted to create something that was concise and entertaining but gave a good amount of detail about these people’s lives. I also felt it was important to show them as fully rounded people, describing their struggles and flaws as well as their remarkable achievements, and also why they matter today, so that children could relate to them and be inspired by them. I wanted them to feel alive.

At this point, I approached Isabel Thomas, the author, to write a first treatment to this brief, and along with Chloë, our Development and Commissioning Editor, we started to shape and develop the series. 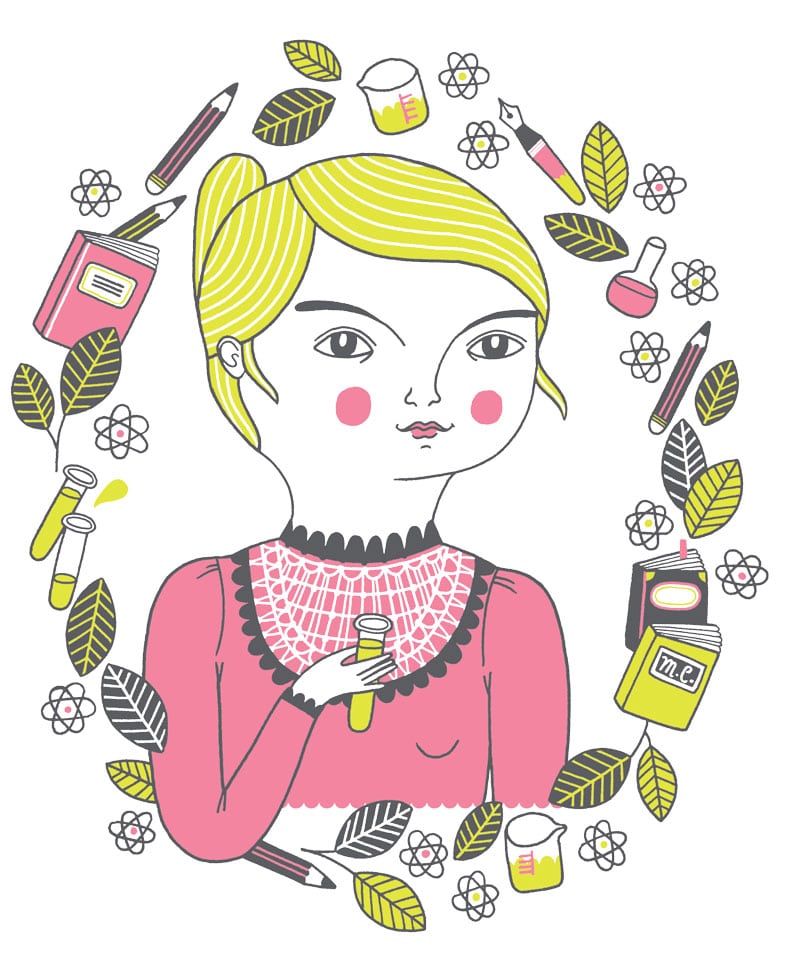 Somewhere, I still have a list of at least 100 names that were on our original longlist of possible historical figures to include. In principle, you’d think it would be really easy to pick from all the amazing figures from history, but in practice it was incredibly difficult.

I was keen the choices should be equally weighted between male and female figures, and also feature a diverse range of people from all over the world. Additionally, we publish directly into both the UK and the US, as well as sell rights for the books to other countries, so we were also trying to find figures who would appeal universally to all these international markets, and who also might be studied in schools. I canvassed opinions and asked all our sales forces from all over the world to weigh in too, and somehow, from all those different lists we ended up with the first four people.

I think the rise in female biographies has been an absolutely amazing and inspiring thing, and has done so much to redress the massive historical imbalances that exist. They tell so many stories that were never told. However, I think there’s also a case for putting women in context to be seen as equally important figures in a wider world. I wanted children to be able to see a selection of inspiring people, half of whom happened to be female, and not to think anything of it. We need both approaches. 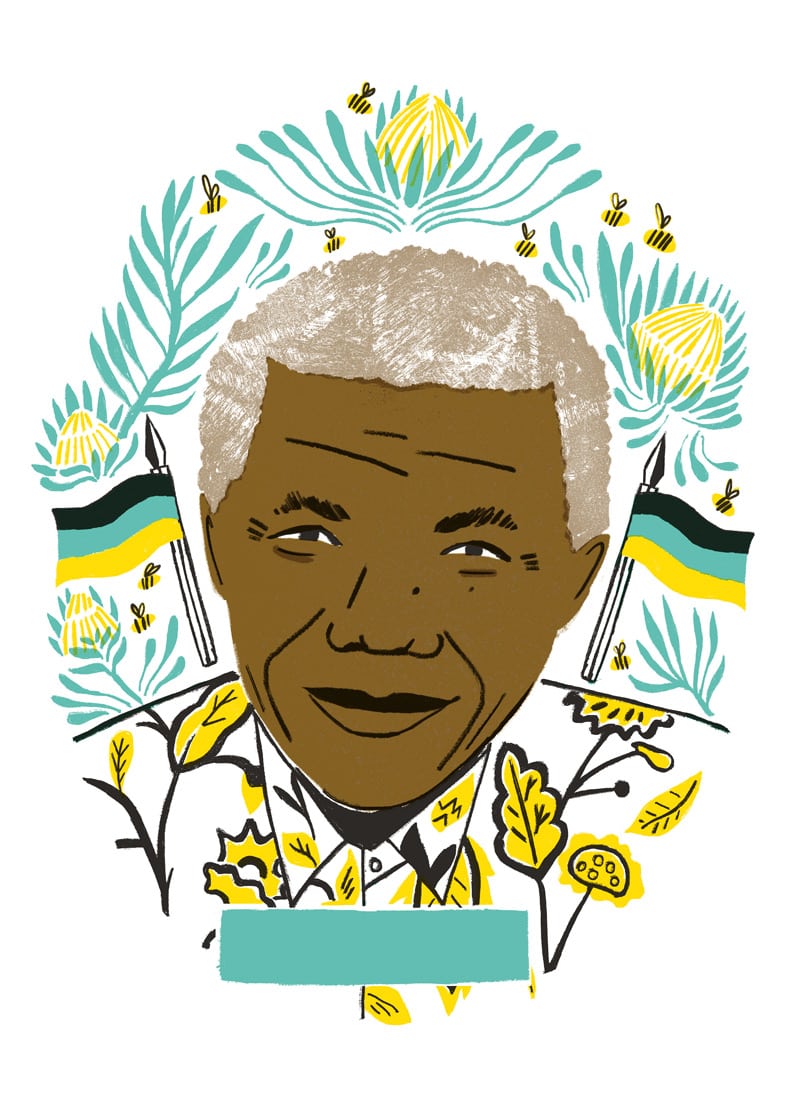 I hope that the people we have featured feel like real, rounded, human beings with talents, flaws, desires and adversity to overcome to every reader. I’d like children to feel like they are inspirational but also relatable characters, that even if they lived in very different times or places, there is something about those characters that resonates, and makes them believe that whatever their background, they can aspire to achieve great things.

Creating a coherent and appealing series look for the Little Guides to Great Lives was a big challenge for us and our design team. We knew we wanted the series to have a really distinctive and easily identifiable look and feel, but we also knew that each biography is so full of each character’s different personality, we wanted to give each book its own distinct identity in terms of illustration and style. After a lot of trial and error, it turned out the solution to this was colour.

Instead of printing in a traditional four-colour CMYK process, each book is printed in three Pantone colours instead. So, for example, for Nelson Mandela, we chose colours that were reminiscent of the African National Congress party, Amelia Earhart has sky blue and flying-cap leather brown, and Marie Curie has radioactive neons. This gave the series a particular look without tying them completely to an overly restrictive series style.

Isabel uncovered some amazing facts about each historical figure, particularly in their early lives.

My favourite discovery was the existence of the secret university in Warsaw, Poland, which Marie Curie and her sister attended while the city was under Russian occupation in the 1890s. The ‘floating university’ met in secret locations that often changed to stop the Russian authorities from arresting the teachers and students, and created a secret library of banned books for the students to learn from. 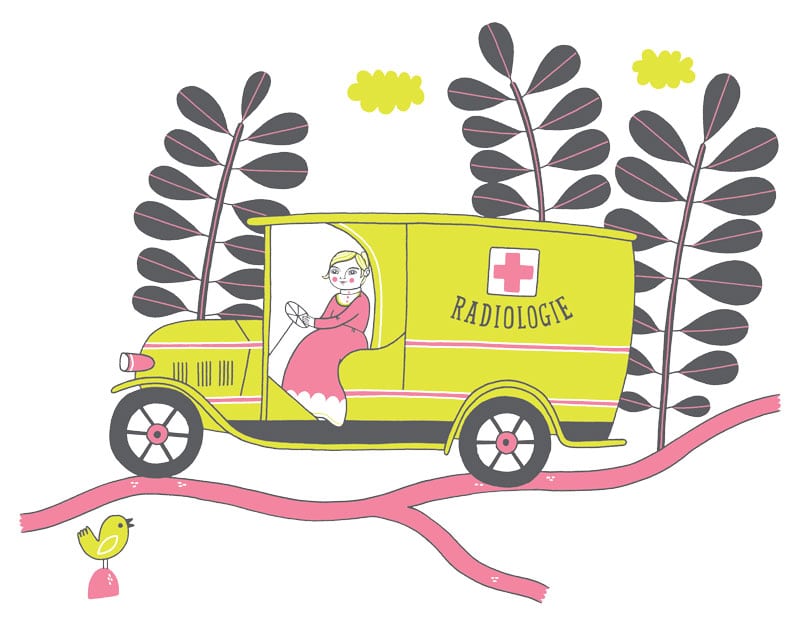 We’re excited to have an incredibly long list of potential future titles. Next up this autumn is Charles Darwin, with his beetles and tortoises beautifully illustrated by Rachel Katstaller. 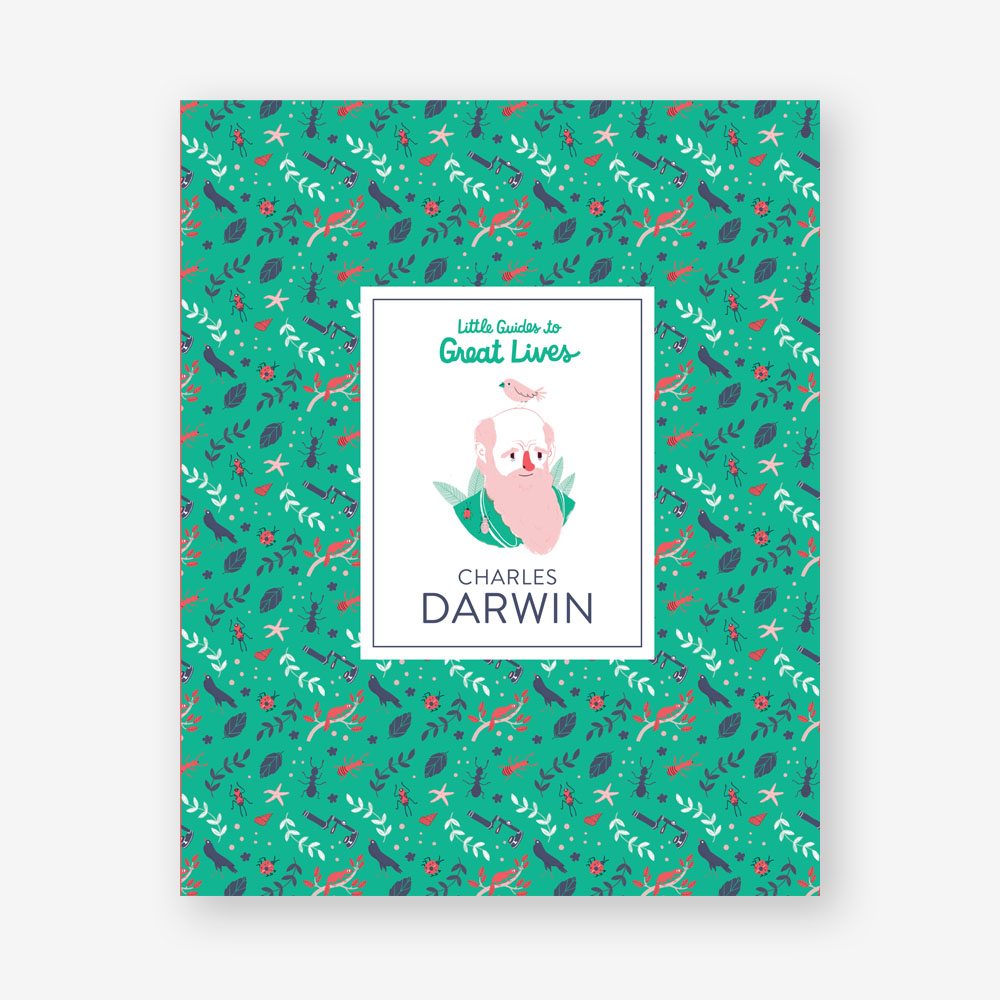 There are some exciting new Little Guides to Great Lives challenges – just go to the Downloads & Extras tab on the product page of each book – and once you have completed a challenge, you can download celebratory certificates to mark your achievement! 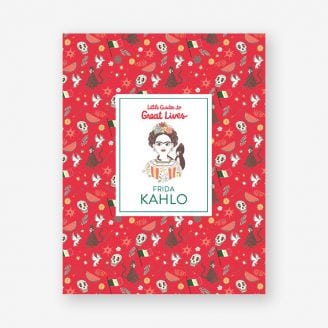 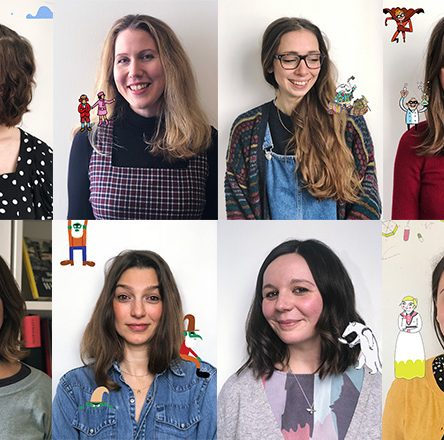 We are LKP Children’s! 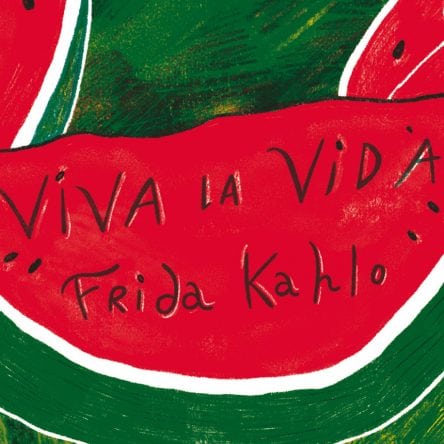 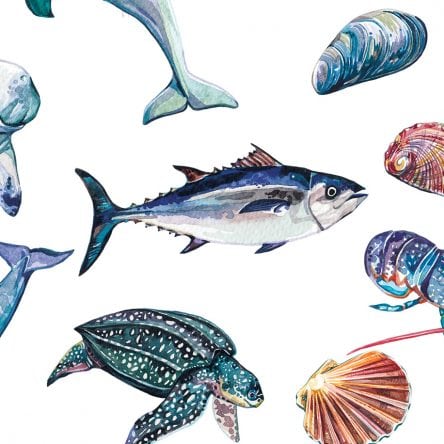