Favoured by everyone from Bet Lynch to Teresa May, fashion’s most powerful pattern has an undeniably enduring appeal. Here Hilary Alexander introduces her new book Leopard, exploring the print that’s always in fashion…

From pharaohs to popstars, from coronations to Coronation Street, from military to mass market, the lure of leopard has endured. It has featured in the history, culture and fashion of countless civilizations since the dawn of time. The leopard’s speed, agility and ferocity, and the beauty of its distinctive rosettes, have captivated men and women from the Stone Age to the Digital Age.

‘I feel empowered when I wear leopard-print, which comes as no surprise when you consider that female leopards are the hunters of their pride!’ Claudia Schiffer, fashion icon

But it has been a fatal attraction. This mighty cat has been hunted, sacrificed, worshipped and worn; painted and paraded as a totem; enlisted as military regalia; and exploited as an exotic pet. Thankfully, increasing conservation efforts, along with designers such as Stella McCartney, who has built her brand on an anti-fur ethos, and Gucci’s decision in 2017 to ban fur, have broadened the message that fake is fashion’s best weapon – and leopard its finest example.

This book is a celebration of that timeless print. 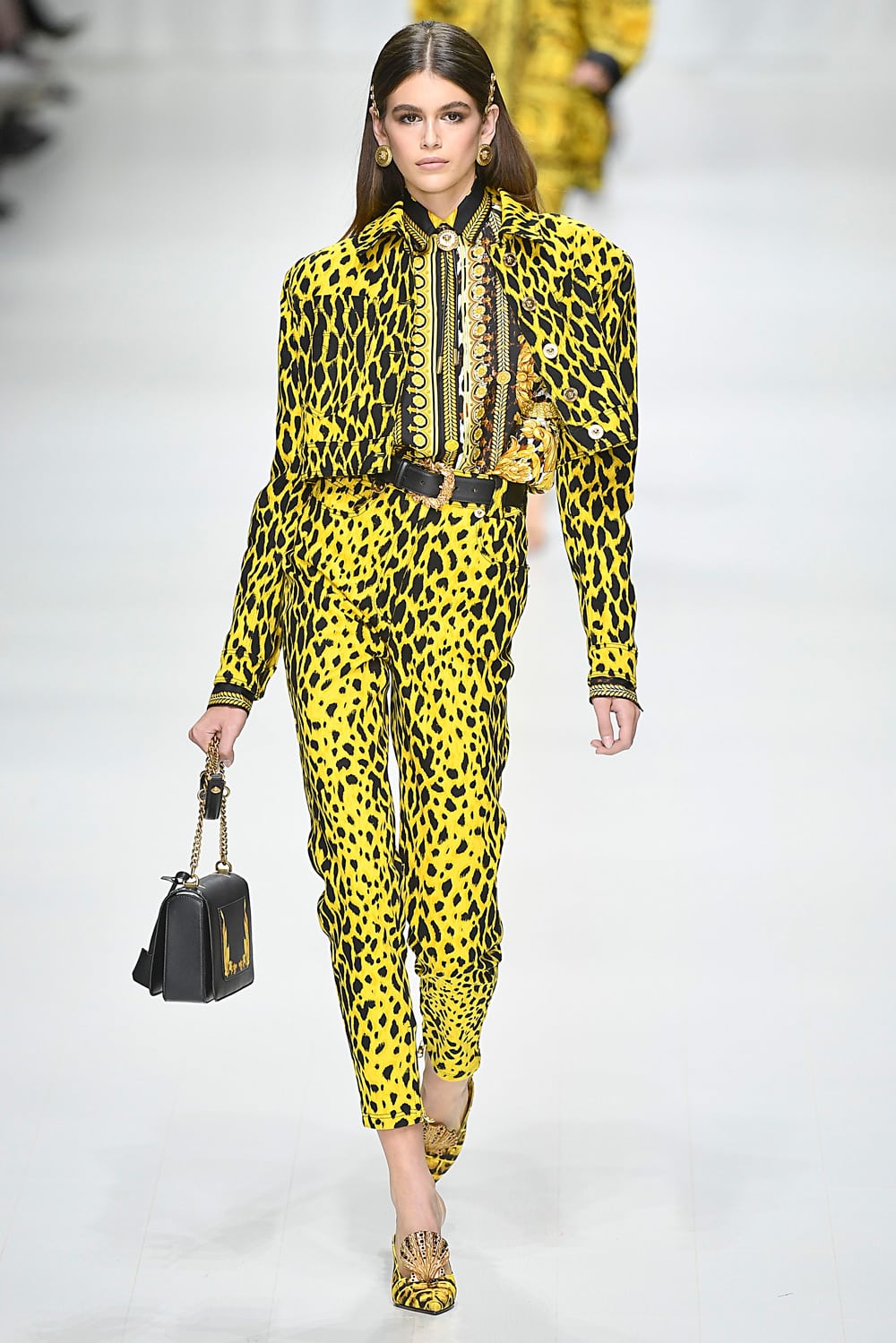 Diana Vreeland (1903–1989), fashion editor Royalty and leopard fit together like hand in glove. The leopard has entranced royalty, real or assumed, for thousands of years. Marchesa Luisa Casati, the Belle Époque’s ‘fashion princess’, had leopards as pets, was reportedly buried in leopard-print, and after her death, inspired designers such as John Galliano in his Dior years, Alexander McQueen and Karl Lagerfeld at Chanel. Leopard-print lover Anna Wintour, Editor-in-Chief of American Vogue, stalks the fashion pantheon as front-row queen, reigning supreme over the faux-leopard-clad ‘Insta-royals’ in crowns and coronets who populate the Dolce & Gabbana catwalks. 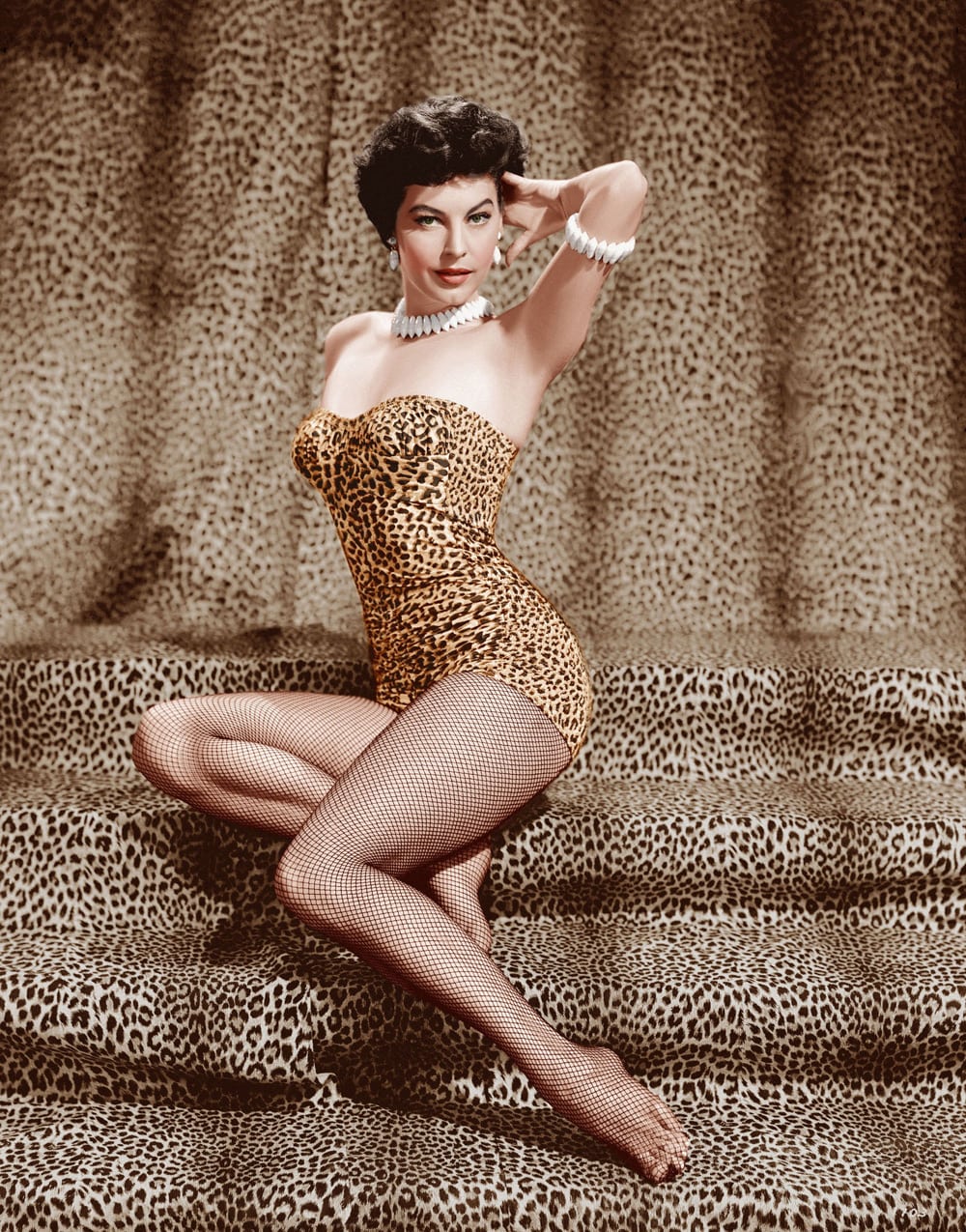 Leopard-print has sometimes been compared to camouflage, because the leopard is a mistress of disguise in the wild. Conversely, camouflage is the last thing the twenty-first-century ‘cat woman’ wants. Leopard-print is a powerful fashion statement; it positively roars ‘look at me’. Witness the rapper and singer Nicki Minaj arriving at the 2011 Grammy Awards in leopard-print from head to toe, in a Givenchy bodysuit, boots and wig-hat; ‘Scary Spice’, Mel B, in one of her signature plunge-front leopard-print costumes; or Lady Gaga flouting Maxim’s dress code in a see-through leopard-print bodysuit.

‘As far as I’m concerned, leopard-print is a neutral.’ Jenna Lyons, fashion designer

Whether straight off the catwalks of Givenchy, Cavalli and YSL, or custom-made in skintight Spandex and sequins, leopard-print is the must have for glamazons and divas alike. From the model-actress Rosie Huntington-Whiteley on the cover of Love magazine in leopard-print Dolce & Gabbana to 1950s pin-ups such as Bettie Page, and superstars like Beyonce and Naomi Campbell, we’re never short of mentors in the art of the leopard-print pout and pose. 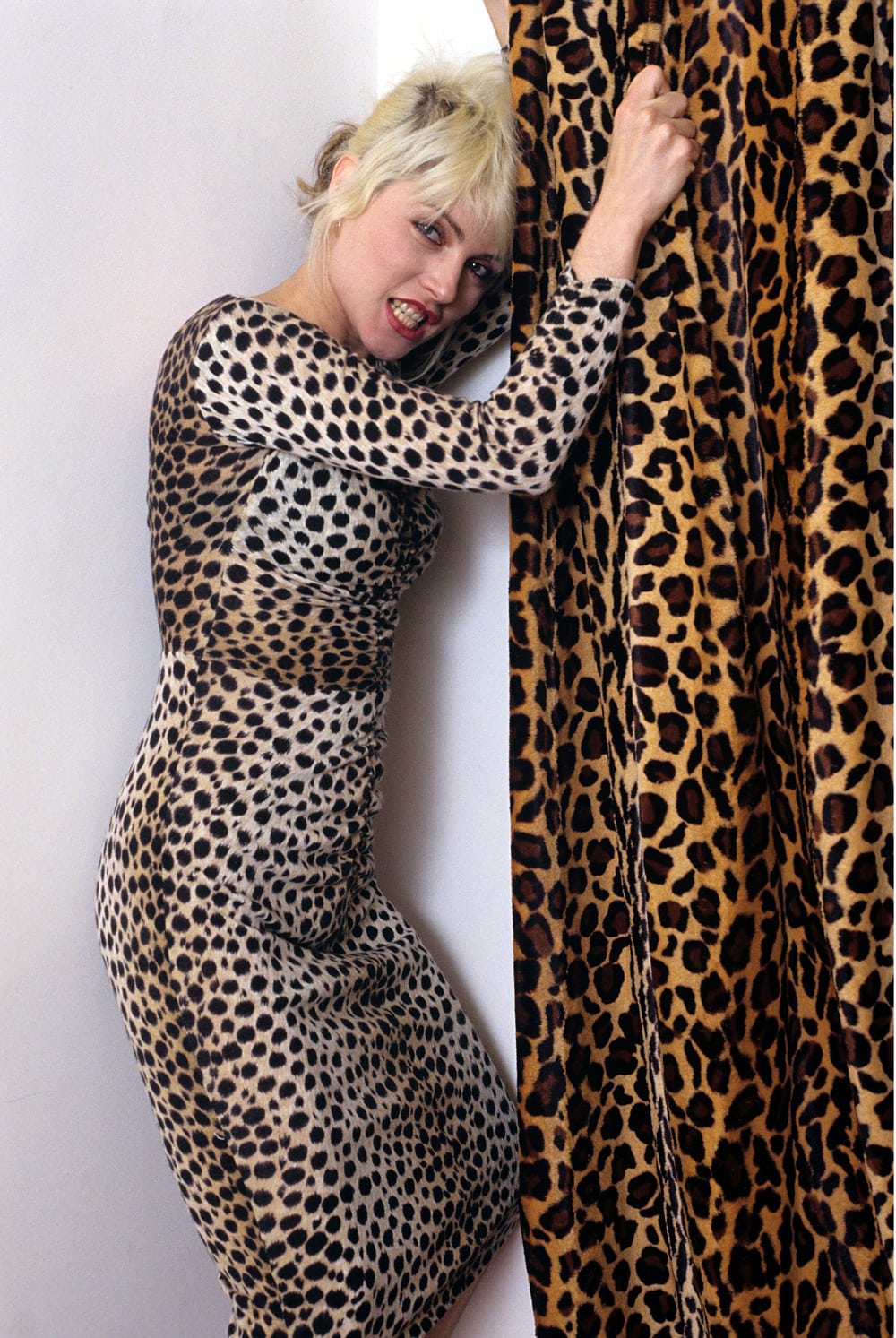 Musicians and the leopard have a magnetic relationship. Well before Rod Stewart, Keith Richards, Steve Tyler, Prince and his leopard print guitars, Iggy Pop, Kurt Cobain and all the other wild men of rock ’n’ roll and punk, swing’s elder statesmen of the 1940s and 50s were rocking it. ‘Jungle Nights’ at New York’s Cotton Club featured leopard-skin-clad dancers, and the Rat Pack hung out at the Leopard Lounge in Palm Springs.

‘My mother thought that anybody who wore leopard was rather vulgar… so naturally I automatically loved it!’ Stephen Jones OBE, milliner

Leopard-print expressed everything that was anti-establishment, wild, savage, in-your-face and anarchic – a compelling prescription. It was easily subsumed into the punk, glam rock and heavy metal cultures, becoming de rigueur for bands such as T. Rex, the Sex Pistols, the Manic Street Preachers and Roxy Music. And it was a no-brainer dress code for style rebels and originals such as Madonna, Debbie Harry, Alison Mosshart and the late Amy Winehouse, not to mention rock-chick supreme Kate Moss, and the endless entourage of young claimants to her crown. 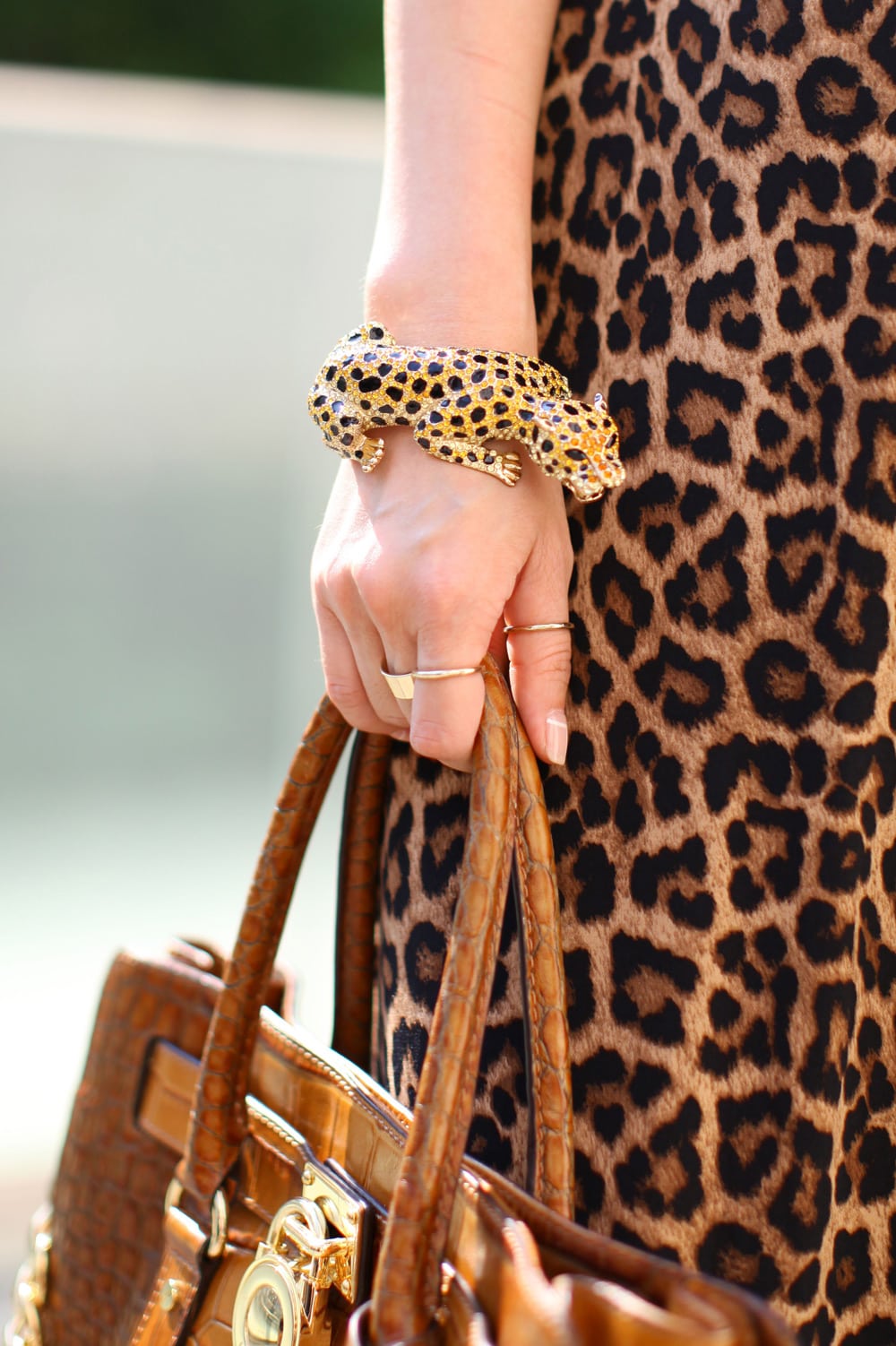 Theresa May, British Prime Minister Whether worn on hands, head or feet, wrapped around waists or necks, painted on nails or dyed into buzz cuts, designers and stylists have found a way to use leopard-print in every form of accessory. Leopard-print pillbox hats were a style statement notably associated with Jackie Kennedy and Audrey Hepburn in the 1960s, and it is believed that Bob Dylan’s ‘Leopard-Skin Pill-Box Hat’ (from his album Blonde on Blonde, 1966) was inspired by Andy Warhol’s muse, the actress Edie Sedgwick.

‘I wore a pair of leopard-print kitten heels to a Conservative Party Conference… the papers have continued to focus on my feet ever since.’

Today’s fashionistas and style icons are more likely to go for a top hat by Philip Treacy or Stephen Jones, tote a bag by Givenchy, Dolce & Gabbana or Topshop, or favour leopardprint footwear: booties by Vivienne Westwood or Dior; shoes by Manolo Blahnik or Charlotte Olympia. So, whether you are channelling your inner rock god or prime minister, leopard remains cult, classic, classy and classless – a pin-up in its own right. 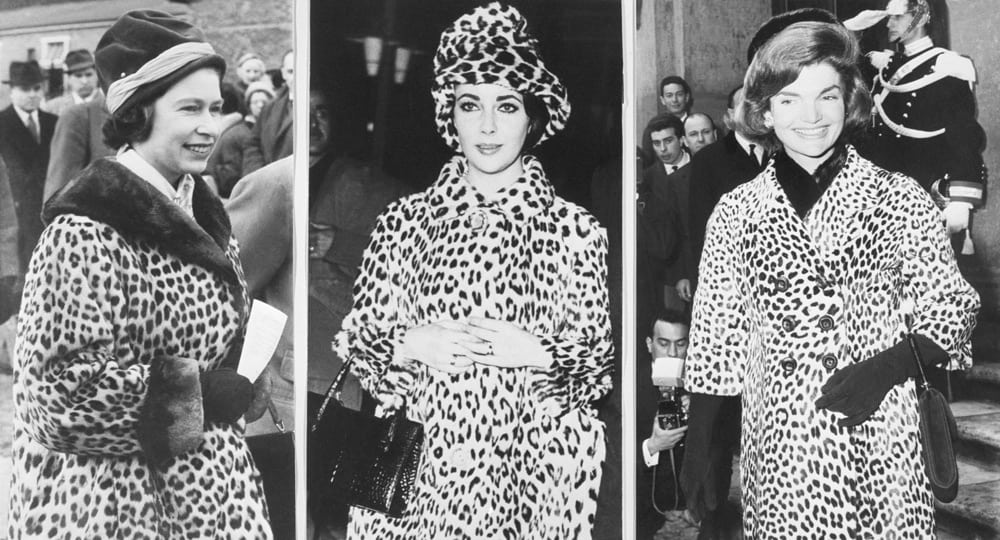 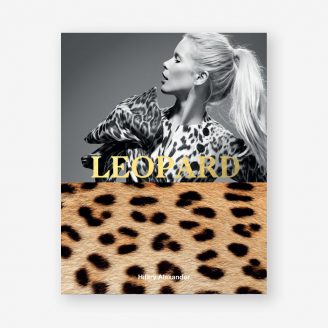 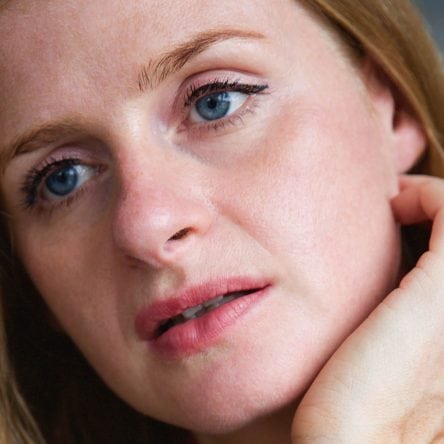 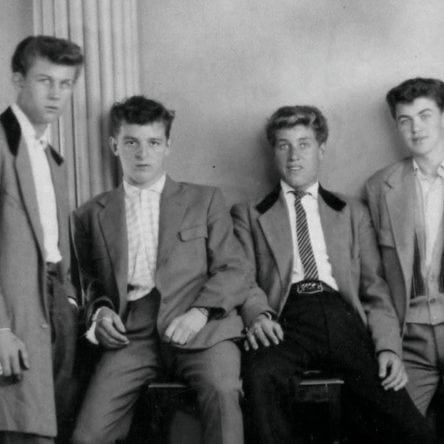 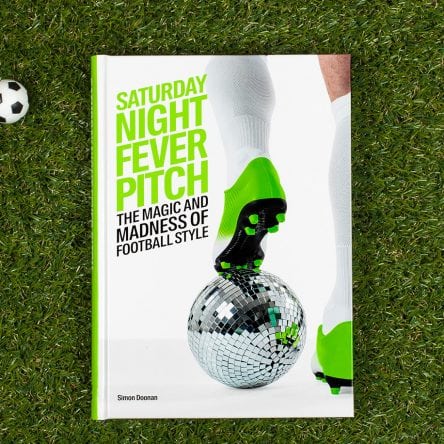