With her last picture book published in March, two new activity books coming out this September and a few more in the pipeline, it’s fair to say that illustrator and one of LKP’s long-standing authors, Marion Deuchars, has been rather busy. We chat to her about books and her passion for getting children involved with art from a young age.

Bob Goes Pop was published in March. It’s the third in the series, after Bob the Artist and Bob’s Blue Period. Could you share some background information regarding Bob? What inspired you to create him and did you draw on personal experiences when you were crafting his character and image?

Bob is partly biographical. He was initially inspired by my brother who had very skinny legs (which run in the family). For subsequent stories and adventures of Bob, I take inspiration from many sources. Sometimes, one of my son’s characteristics. Sometimes, from myself and other people I see on television or read about. He can morph into anyone, even our dog; what’s important is that his actions are based on something real, believable. For example, if I’m watching my sons play fighting, then I’ll make some quick sketches, take photos and keep them for reference.  In Bob Goes Pop, Bob has a fight with Roy the Parrot. The drawings in the book were based on my sons play fighting/wrestling.

For the art reference in Bob Goes Pop, I looked at many pop artists including Claes Oldenburg, Niki De Saint Phalle, Keith Haring, Jeff Koons, Andy Warhol and Roy Lichtenstein. All of the artworks that Bob and Roy make have a reference to their work.

The subject matter of Bob Goes Pop was partly based on my observations of sibling rivalry but also based on the envy that artists (including myself) feel when they see another artist’s work and get jealous of their success. Jealousy and envy are normal emotions but can be very destructive and are not good for your own creative path. It’s better to learn from and be inspired by other artists’ stories and successes. The world needs creative people and there’s room enough for all of us. 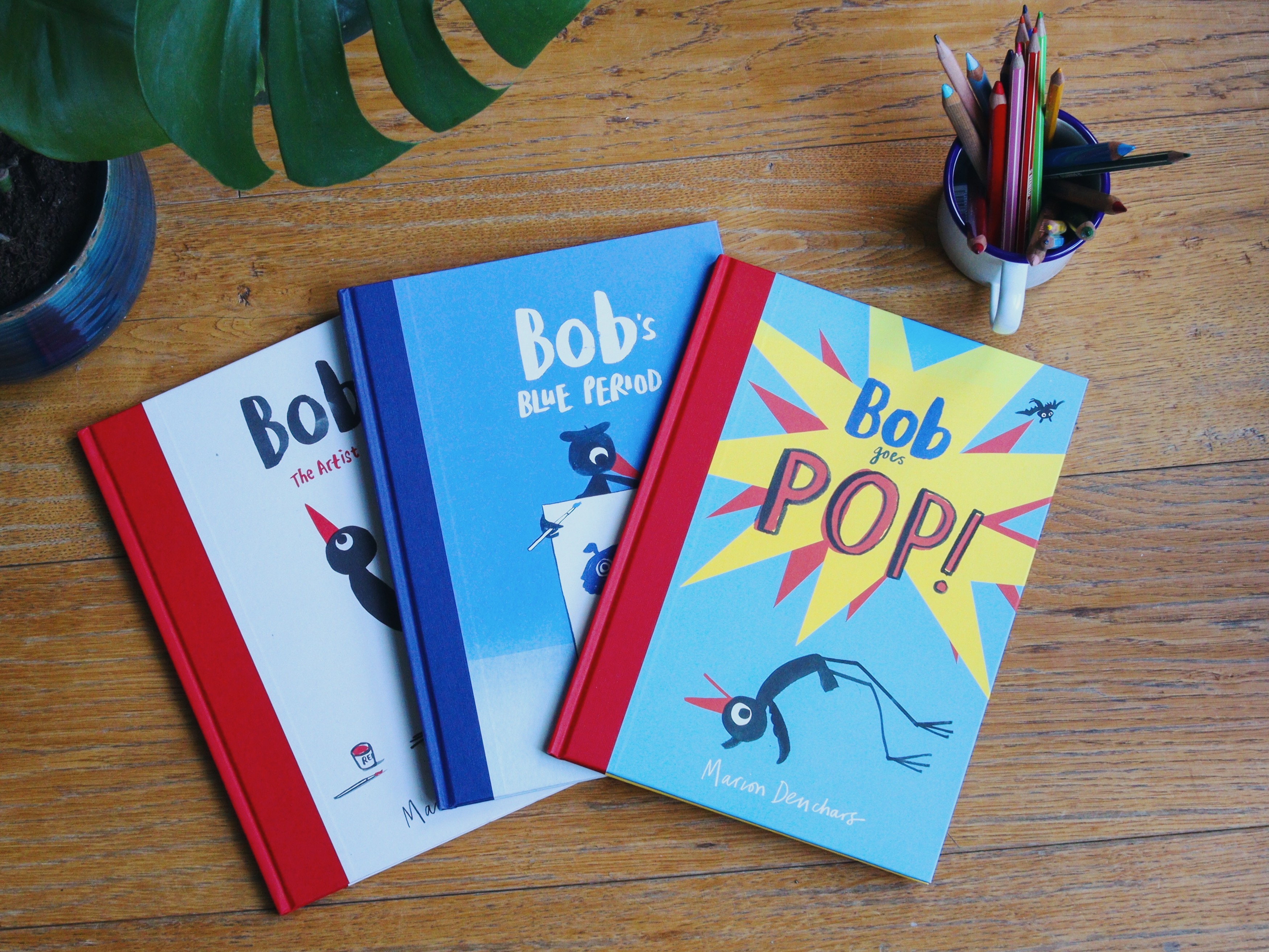 Where is your favourite place to find inspiration and/or illustrate?

I do a daily walk with my dog, and that’s become a big source of inspiration. He is a hound and so a walk with him always involves a chase. He likes staring and stalking small furry squirrels. It’s very funny to watch. Luckily the squirrels can climb trees whilst the dog obviously can’t!

I normally work from my studio, I’ve never been very good at working from home. I like a space where I can make a mess and not be precious. There are also no domestic distractions.

What or who inspired you to become an illustrator and why?

From an early age, I was a comic fan. I used to go to comic conventions and collect comics and magazines from around the world, for example, old New Yorker magazines and MAD magazines as well as The Beano and Tintin. It was my first introduction to illustration, though at that time I was not really aware of what Illustration was, or that it was a job. I just liked the images, especially of the artists Saul Steinberg and Sempè and still love them today.

You have worked on several books that introduce children to art and to some of its great ambassadors. Do you think it’s important that we expose kids to it from a young age, and if so, why?

All children should have access to making and learning about art. If it’s introduced early then it gives a child a world that is their own. Their own creations, somewhere to dream, invent, aspire and learn. Learning about artists is just part of this process. It’s not important to learn about them from an academic perspective, but to look at what some amazing human beings have made and continue to make! 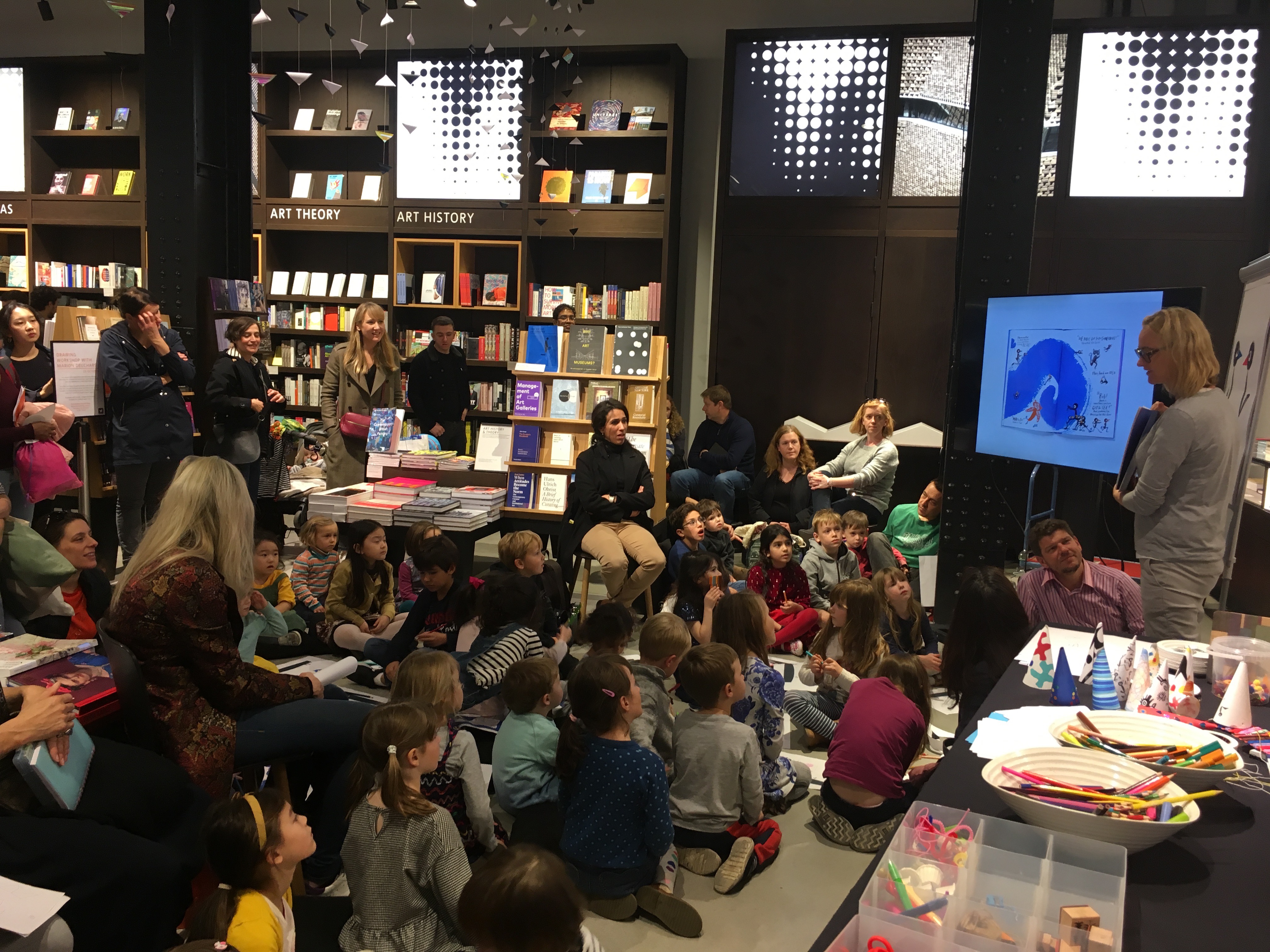 Have you found if and how children react differently to art than adults?

Children have less fear than adults. They are also more experimental and often subvert what is asked of them in a particular task. The activity may say; use two colours; or cut a circle and they will improvise and change that according to how they feel. I like that. Adults start more tentatively but as they lose themselves in the process of ‘making’, their confidence grows and they become braver in their creative choices. It’s very important to switch off the left brain (the logical brain) when making art. It interferes and tells you what is right and what is wrong. Really, it’s best to think there is no ‘wrong’.

You have two young boys. Did art play a big part in their upbringing? What would you advise new parents to experiment with or introduce to their own children in terms of art and creative activities?

I think art was a big part of their upbringing. The only thing I regret is dragging them along to exhibitions when they were too young to appreciate them. I should have saved it for a bit later. I ended up bargaining with them, we’ll go to the exhibition first and then to the comic shop. That worked.

The best thing you can do for your children is to make a ‘space’ for them to make art. Change the materials and stimulus that goes into that space. It does not need to be a big space, or a permanent space. A box filled with coloured paper and a pair of scissors will get results. Make time for art.

How about your own childhood? What, if any, part did art play when you were growing up?

I am one of 6 children. My older sister was good at art and I copied her. When you are from a big family you have to try hard to get your mother’s attention. It helps to be good at something, it gets attention. I received enough encouragement to make me try harder. We did not have a lot of materials, but we did have plenty of time. No internet, long summer holidays, limited tv. My parents were both very creative, though never got a chance to pursue it professionally. They made many of our toys and clothes.

Who would you love to collaborate with most (anyone living or dead) and why?

I would have loved to collaborate with Miró. I love his playfulness and colour. He also had a studio in Mallorca – that you can still visit – which would be my dream studio. 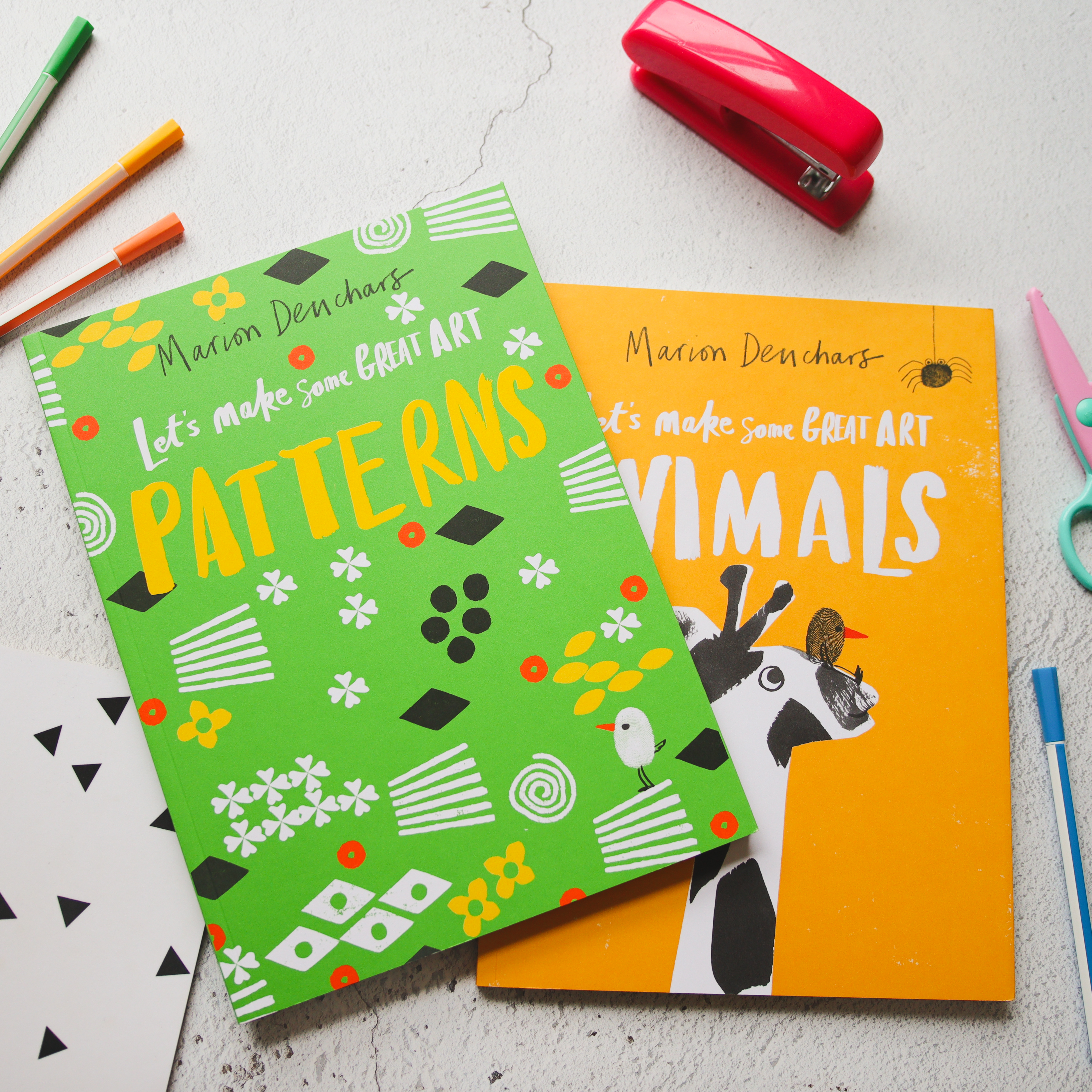 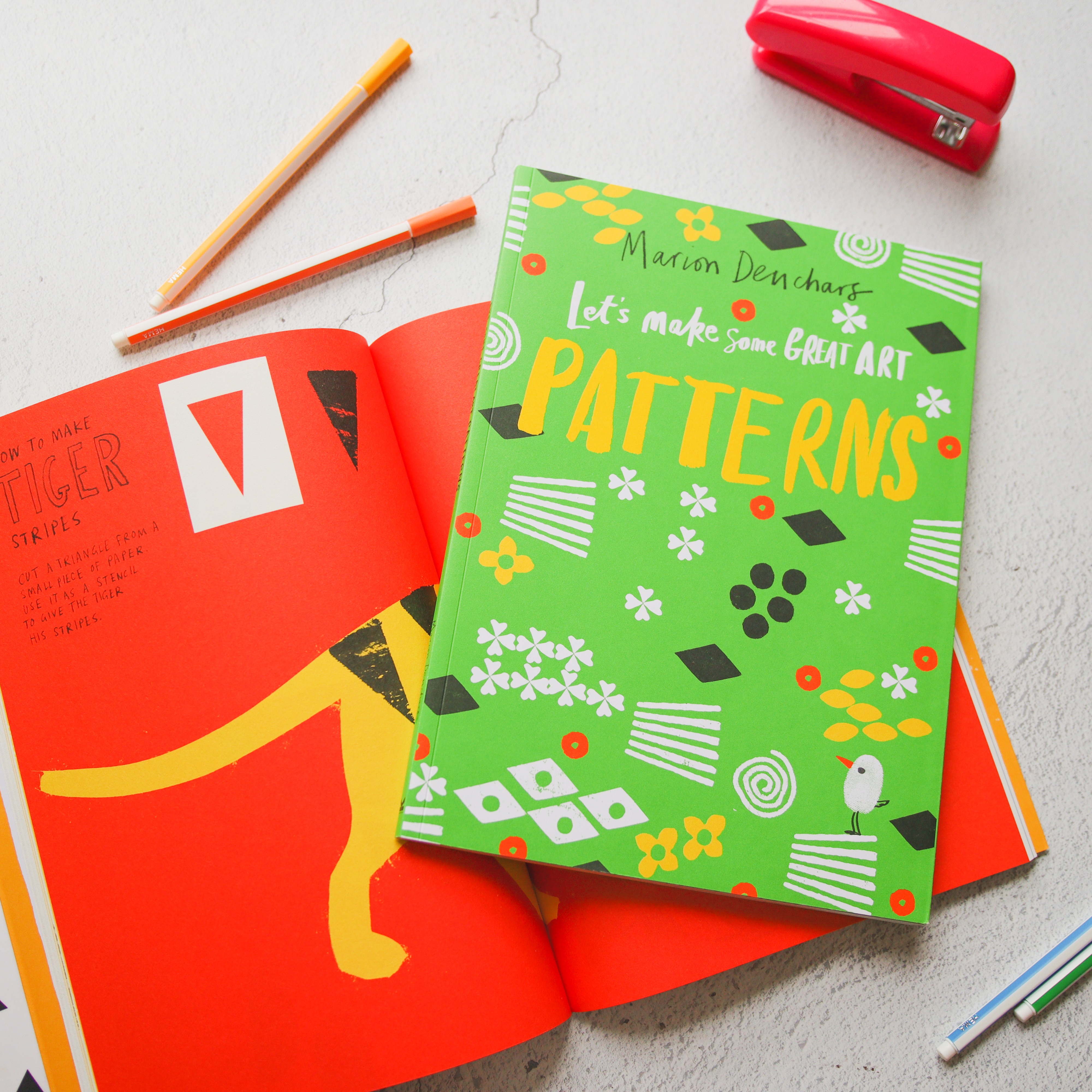 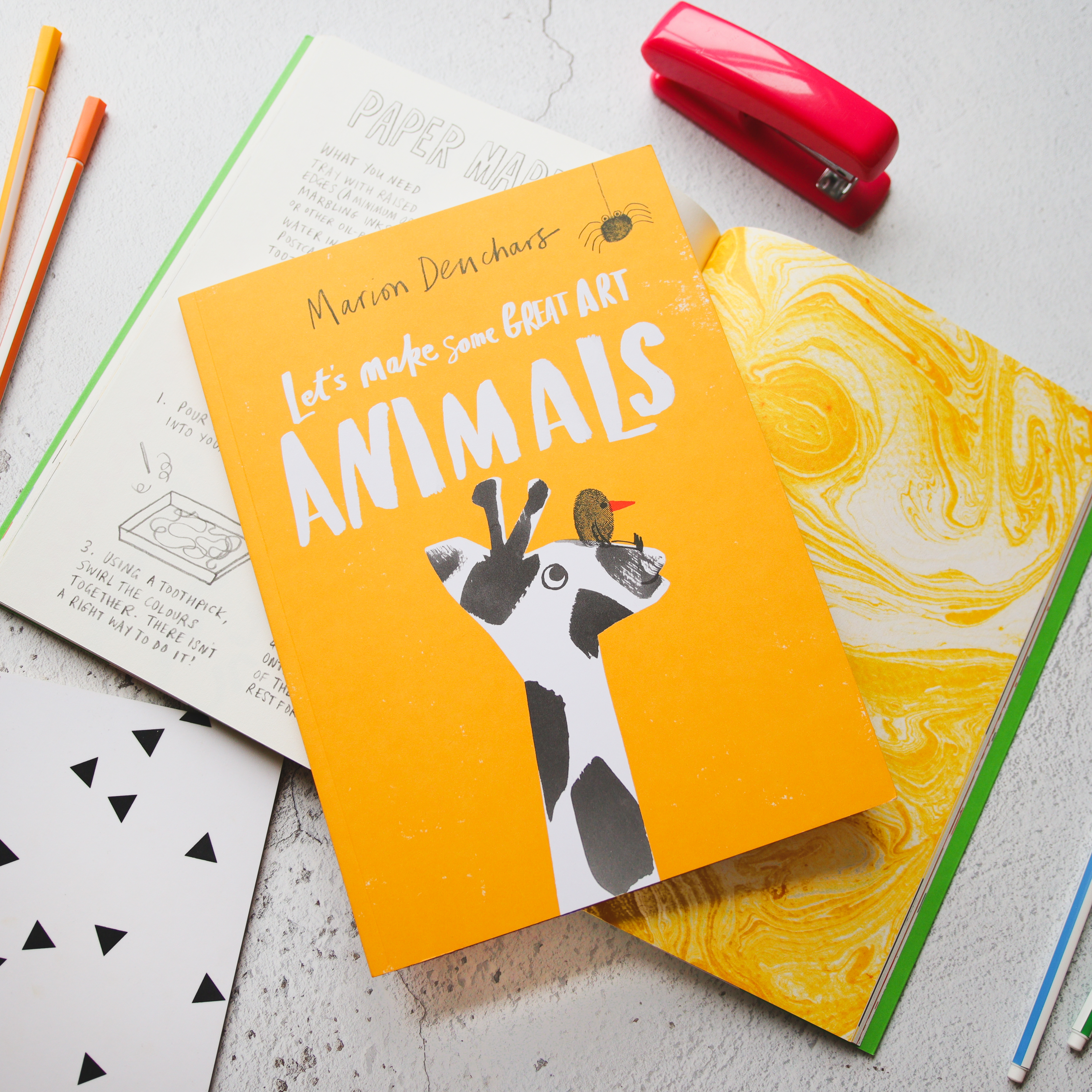 Have you got a preferred method, materials or a subject matter?

I mainly use pen and ink and gouache. I scan everything into my computer and use Photoshop to turn the artwork into a book.

Do you have a regular drawing routine?

Not really, except that I suppose I draw nearly every day or make art of some description.

What one piece of advice would you give to someone who wants to start creating their own art?

It’s important to ‘find your own voice’. You can copy to learn, but ultimately human beings are interested in the ‘new’, especially in imagery. We have an insatiable appetite for unique ways of expression. 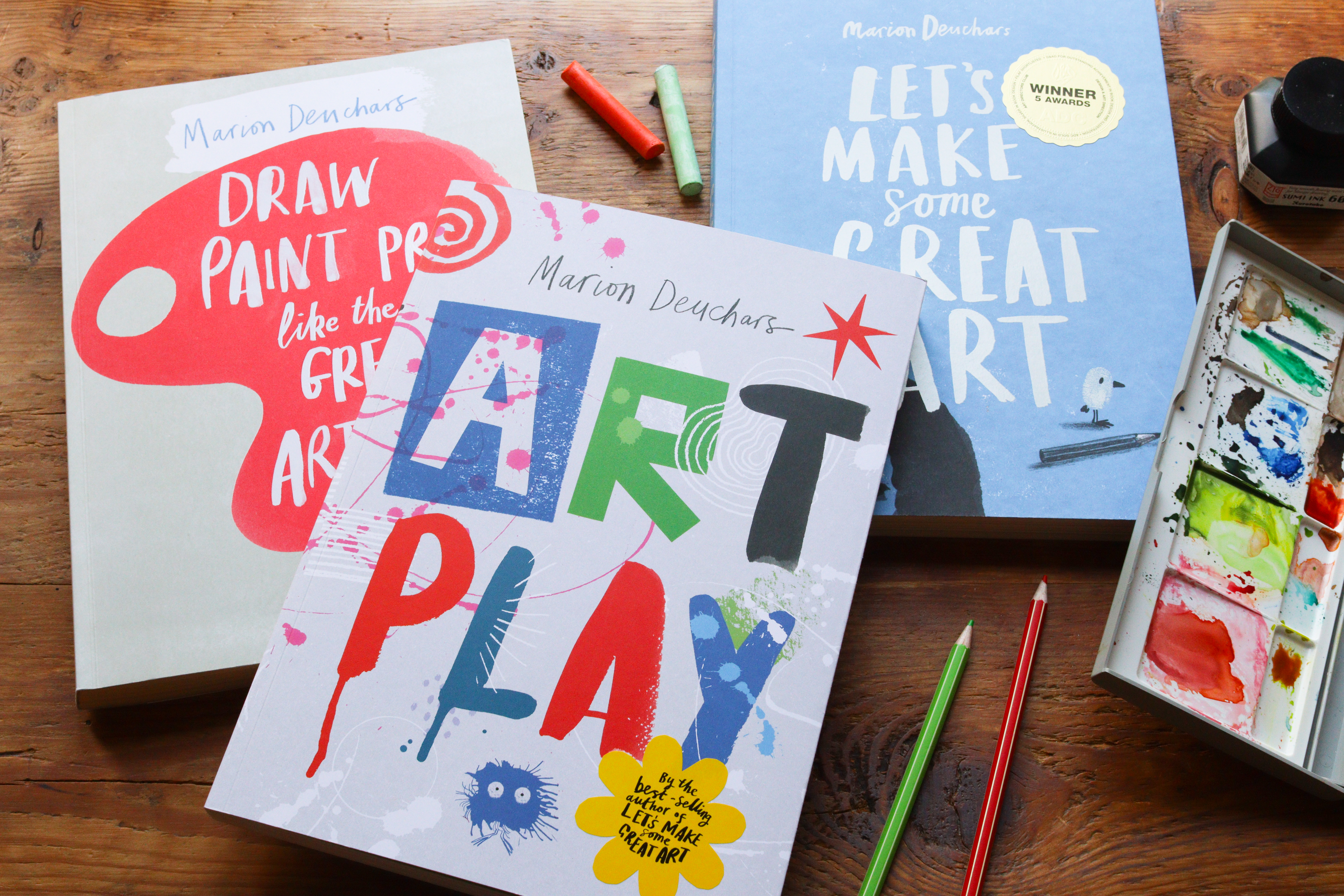 What is the best recent book you’ve read?

I’ve nearly finished Bring Up the Bodies (after reading Wolf Hall) by Hilary Mantel. She really is an incredible writer, I love getting immersed in her descriptions and dialogue. You can feel like you are in the room with the characters, smelling the oiled floors, touching the damask curtains or catching a flickering candlelight from the corner of your eye. 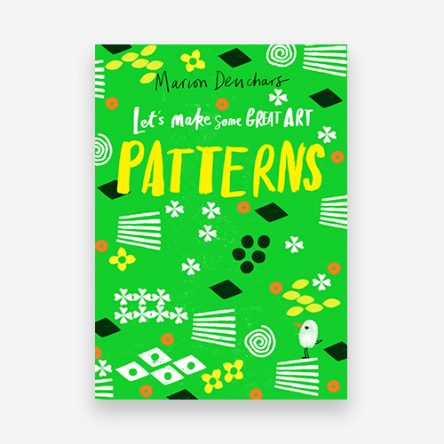 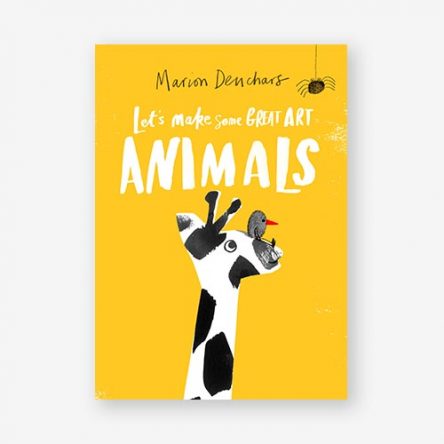 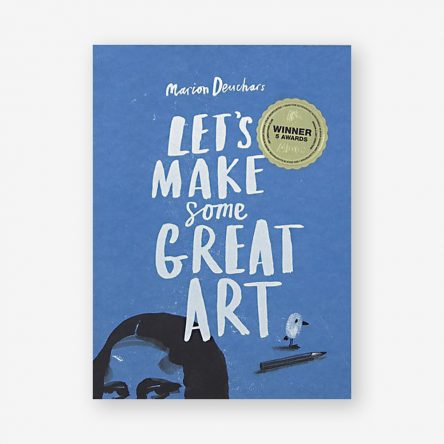 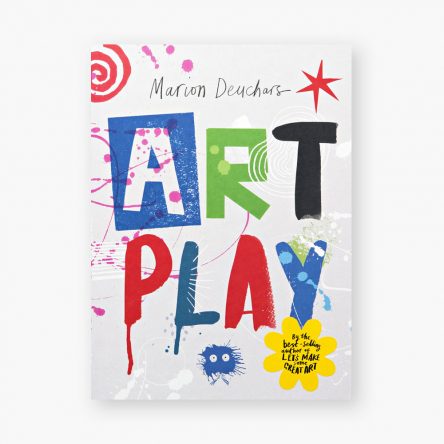 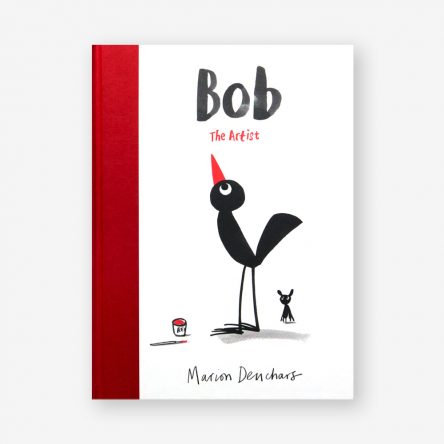 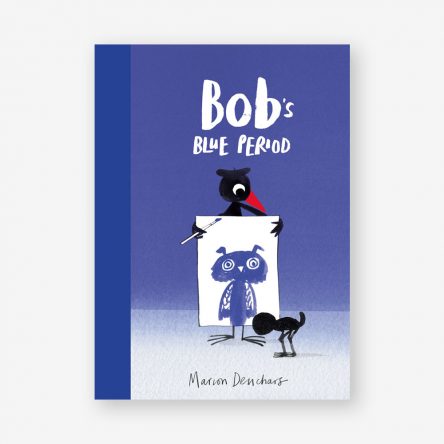 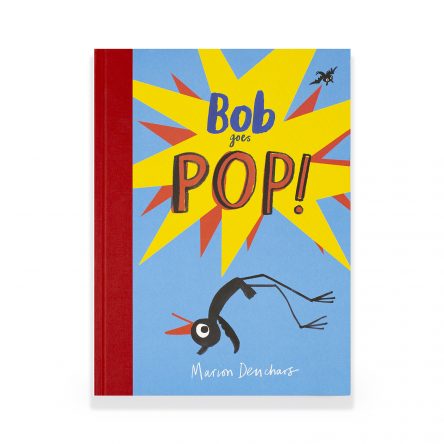 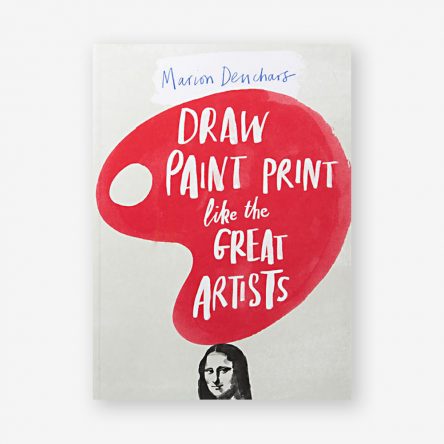 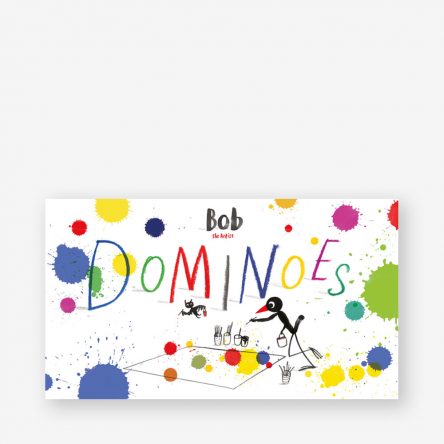