To celebrate the launch of Around the World in 80 Plants, we’re sharing 6 plants from the book selected by author Jonathan Drori!

“With this book, I’ve tried to tell stories about eighty different plants from around the world, entwining plant science and botany with history, culture and folklore. From the seemingly familiar tomato, pineapple and maize, to the obscure West African iboga; from the comedy pumpkin to the poignant peacock flower of the Bahamas; and from the repugnant rafflesia to the creepy Spanish moss of the American Deep South; I hope that there’s something new and genuinely surprising for everyone, in every single story. The plants themselves have evolved for their own benefit but I’ve been amazed at the things human beings have got up to with them.

I was happily taken aback by the success and outpouring of goodwill about my previous book Around the World in 80 Trees, which is now in umpteen languages. With these two books I have tried to write the book I wanted to read – where lots of different subjects connect with each other in a joyous, exciting way. I’ve done my best.  I hope you’ll feel that my time spent on expeditions looking for plants around the world, and in libraries with very old documents and the latest research, have been worthwhile. I hope you enjoy my journey!” 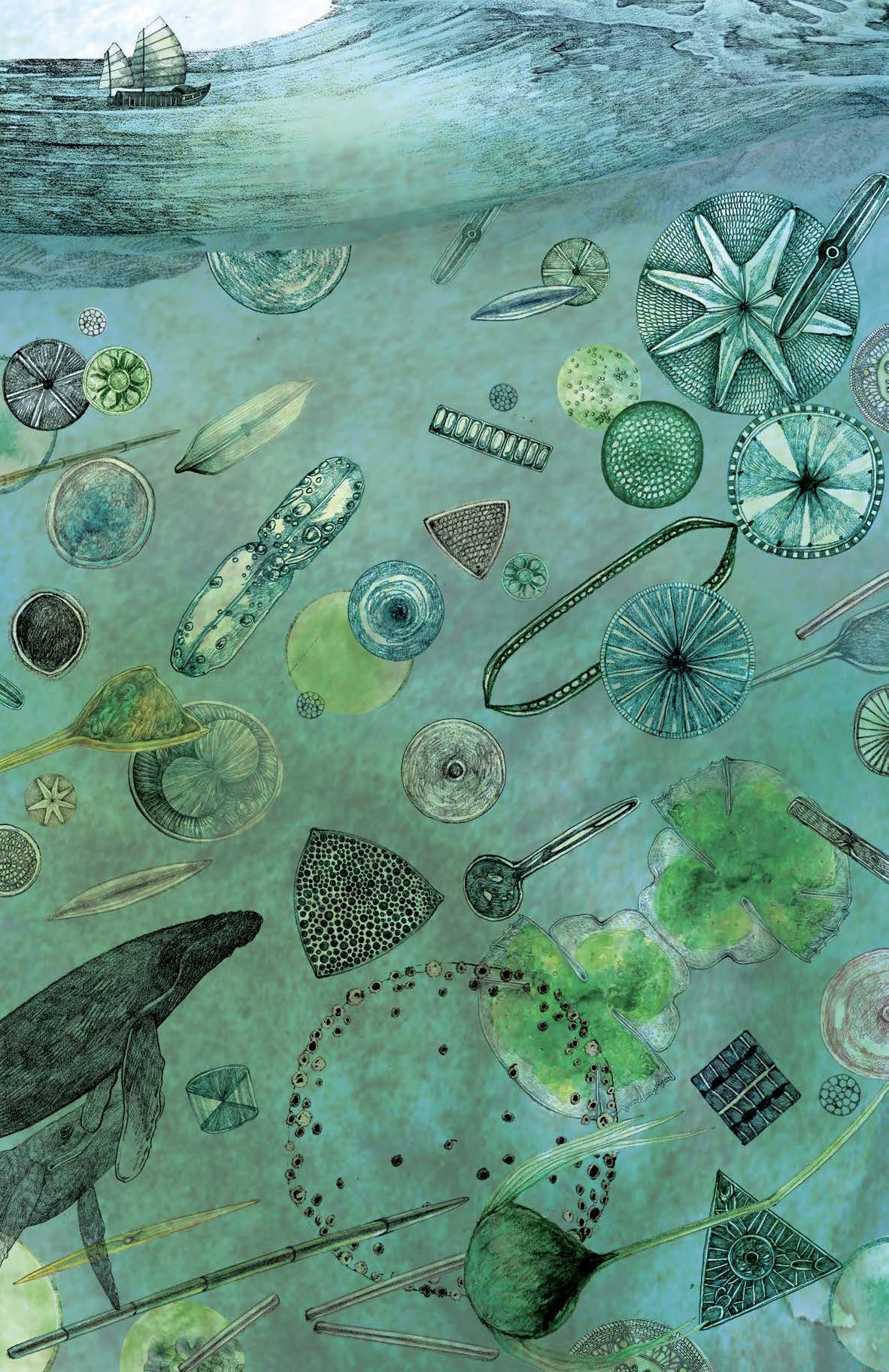 Phytoplankton are typically the width of a fine hair but can be just a few thousandths of a millimetre across. Magnification reveals a parallel universe of intricate structures, the stuff of awe and wonder and acid dreams; solitary spaceships and implausibly geometric shapes, minute snakes and ladders and garlands of elaborate beads on infinitesimal threads. There are thousands of different species. 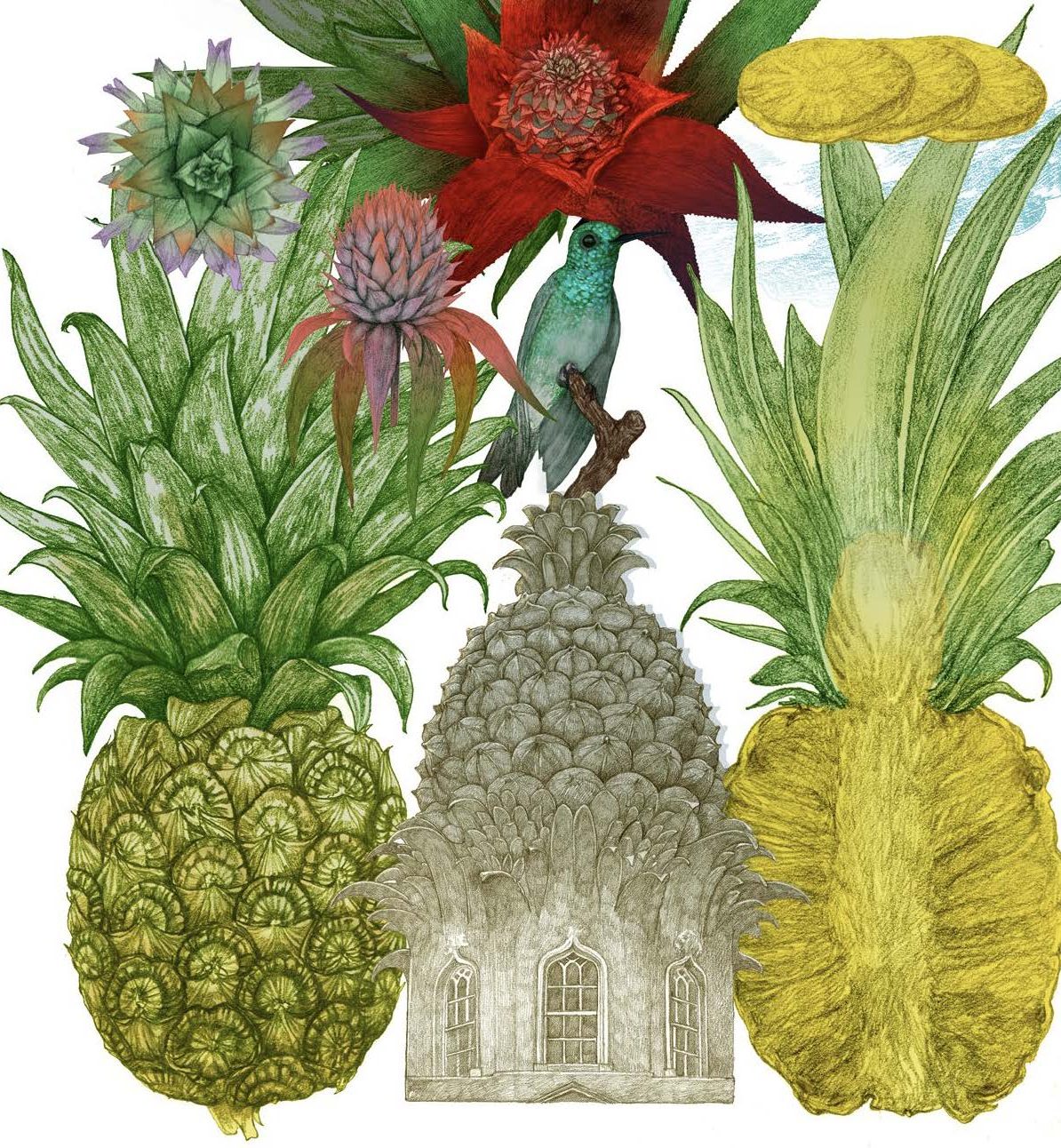 By the mid-eighteenth century, a few pineapple plants in Britain had finally been coaxed into fruiting by aristocrats with money to burn on gardeners, coal and glasshouses. Far too expensive to eat, their pineapples were displayed at the dinner table but also supported a rental market enabling others to impress their guests or, entertainingly, to take a fruit to a soirée as a high-status accessory. 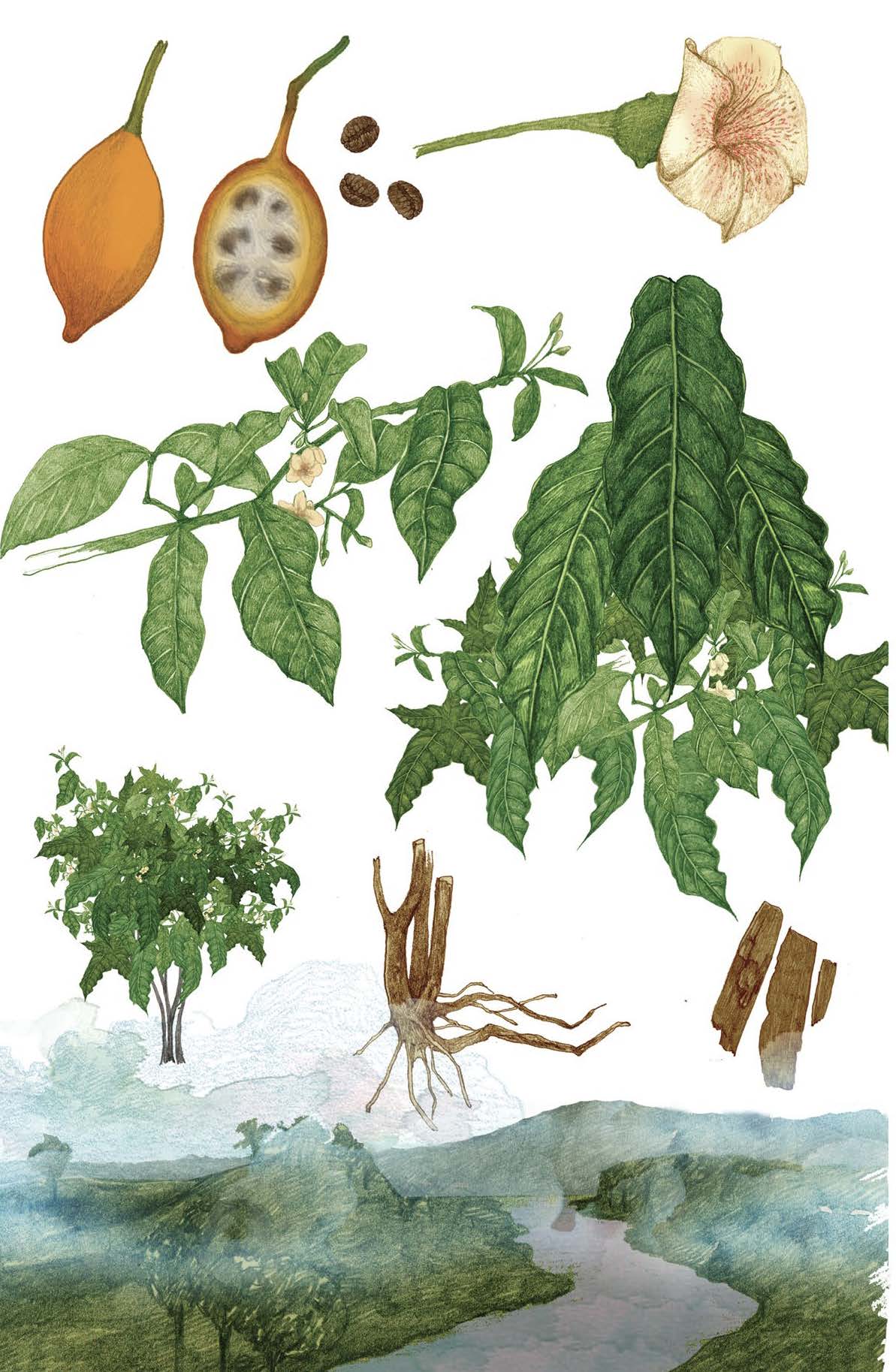 The stems and roots contain ibogaine and other mind-altering substances which are used during the initiation rites of Bwiti, a culture that combines ancient West African traditions of animism and ancestor-worship, with more recent Christian influences. 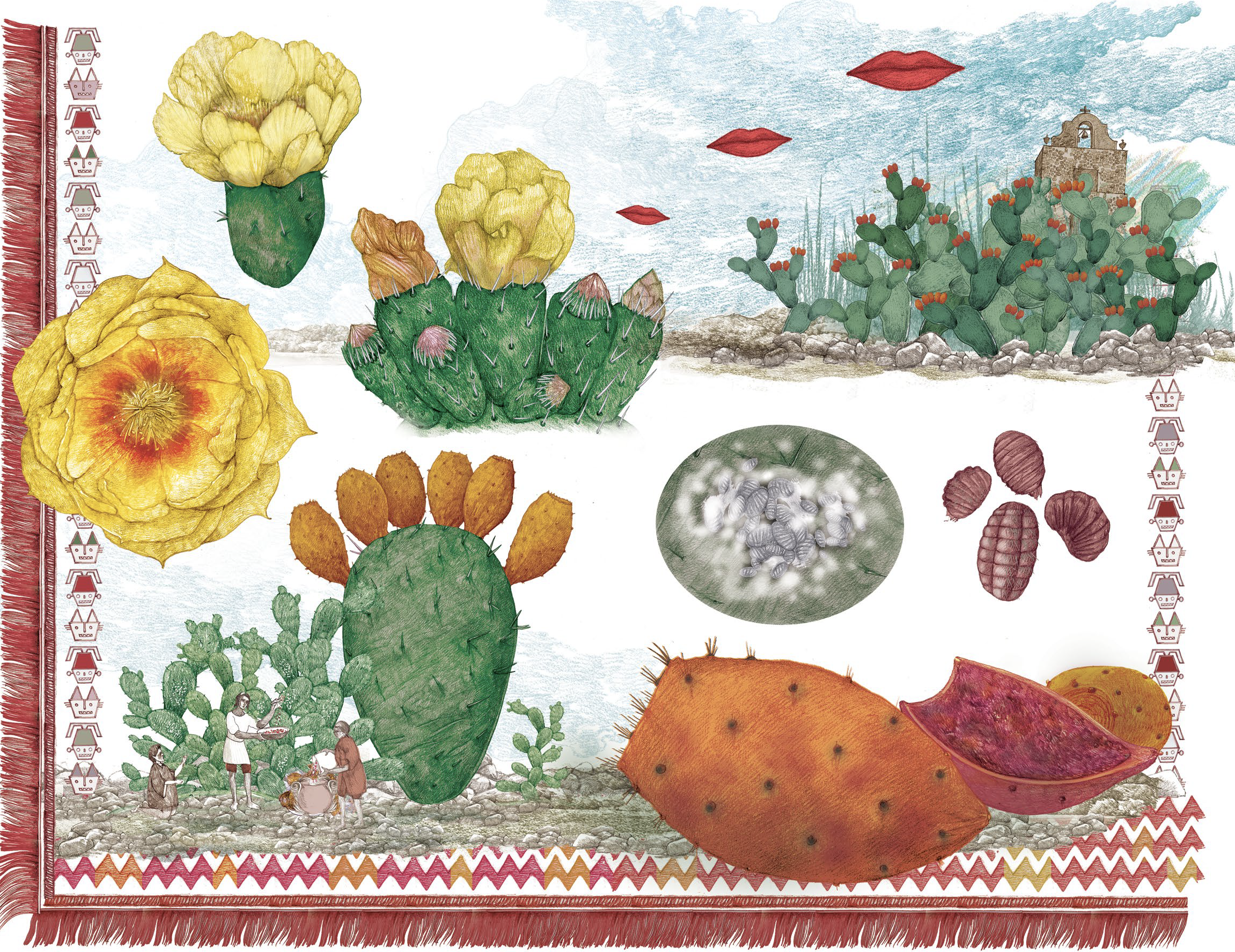 The prickly pear cactus is of sufficient cultural significance to appear at the centre of Mexico’s flag. The reason lies with a little sap-sucking scale-insect, the cochineal (Dactylopius coccus), that thrives almost exclusively on the pads of prickly pears. 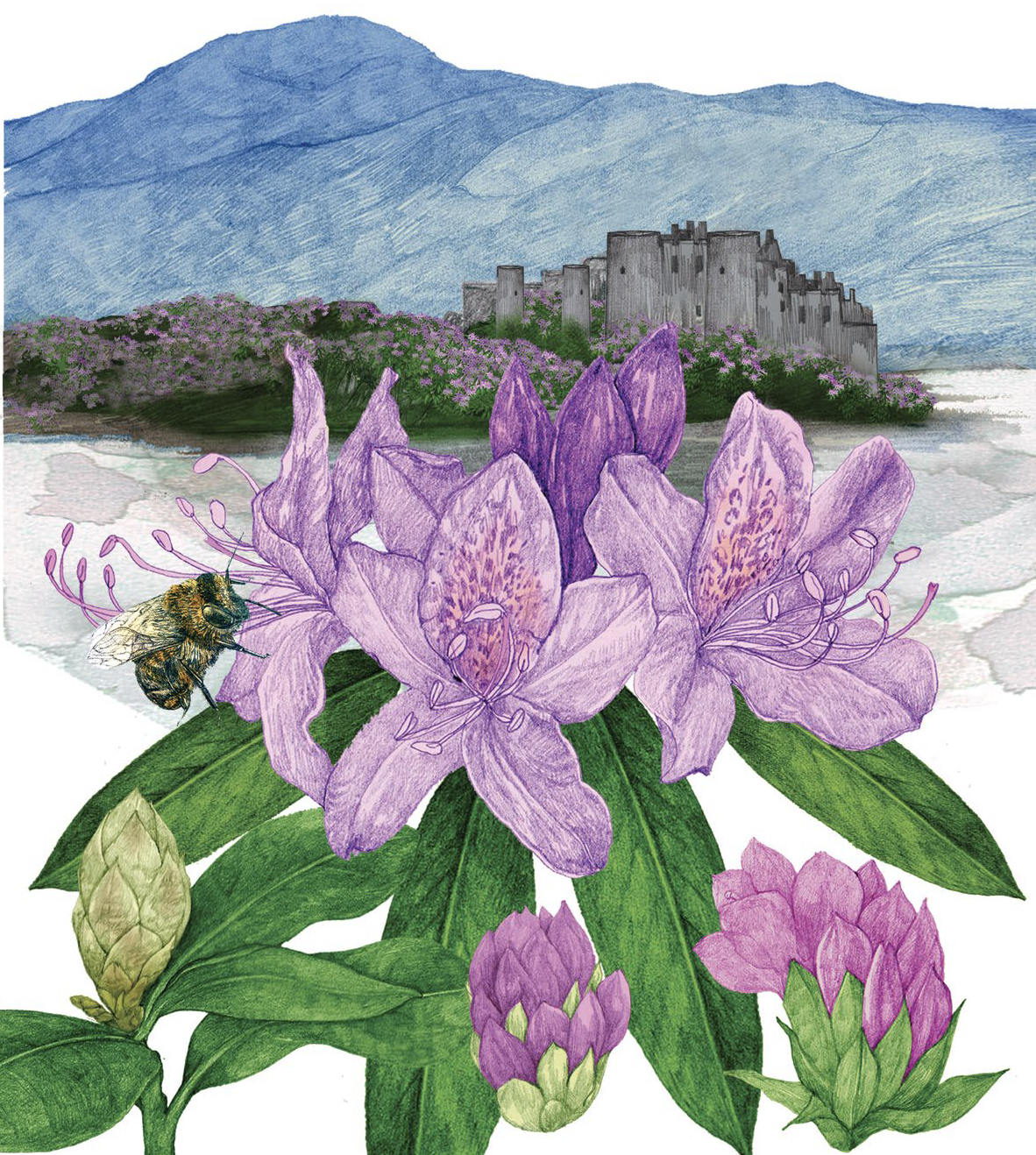 ‘Mad honey’ from bees feeding on rhododendron, is still collected in the Black Sea area and used occasionally as an occasional pick-me-up or as a recreational drug to induce a tingling wooziness. It also has a reputation for enhancing sexual performance… 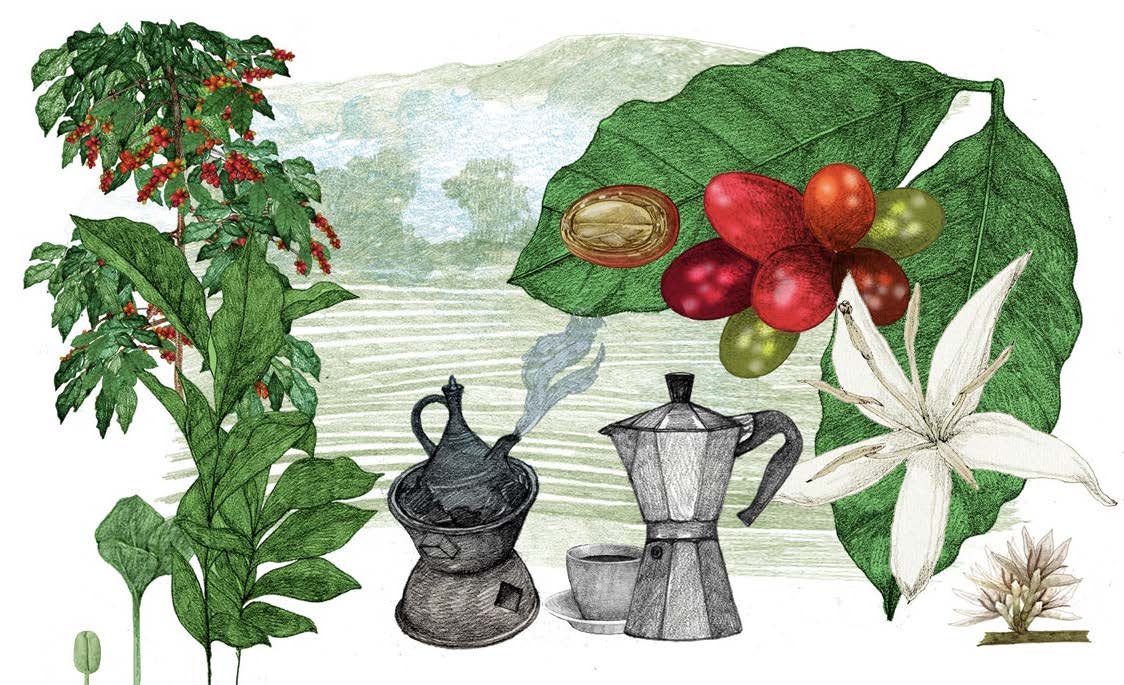 In full flower, coffee is a magnificent but ephemeral joy; for just a couple of days, thousands of delicate, white blossoms with a light fragrance of honeysuckle and jasmine, can festoon a single tree. The smoothly oval fruits ripen to pillar-box red; their thin layer of edible flesh tastes of watermelon and apricot and surrounds a pair of deeply grooved seeds that are the familiar coffee ‘beans’.

Around the World in 80 Plants is out now! 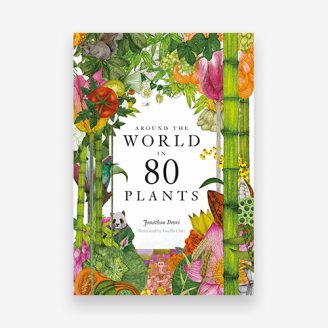 Around the World in 80 Plants