Gavin Pretor-Pinney is founder of the Cloud Appreciation Society, which has over 54,000 members in 120 countries. He is the author of the internationally best-selling Cloudspotter’s Guide and Cloud Collector’s Handbook as well as A Cloud A Day. 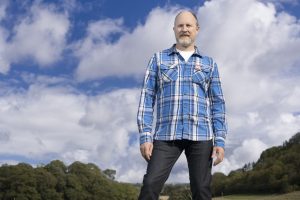 His third book, The Wavewatcher’s Companion, won the Royal Society Winton Prize for Science Books. Gavin is a TED Global speaker with over 1.3 million views. He has presented television documentaries for the BBC and Channel 4 and is a Visiting Fellow at the Meteorology Department of Reading University and winner of the Royal Meteorological Society’s Michael Hunt award. Gavin co-founded the Idler, a magazine that argues for the importance of downtime in creative thinking.

Welcome to the blog Gavin, it’s great to have you here. We’d love to hear more from you on your many years’ experience with cloud spotting. Let’s start with your most memorable cloud spotting experience to date?

I once went to a remote part of Northern Queensland, Australia to see a cloud. It is a volutus, or roll cloud, that is known locally as the Morning Glory Cloud. Glider pilots travel to the area from all over Australia to surf it, just like regular surfers do on an ocean wave, because the roll of cloud forms in a travelling wave of air, which lets them fly over great distances at high speeds. I went up in a Cessna to film them flying ahead of the travelling cloud. We had the door of my plane removed so that I could get them on camera. It was an extreme form of cloudspotting, and one I’ll never forget.

Is there a particular location where you enjoy cloud spotting the most?

The best place to go cloudspotting is always from wherever you are. There really isn’t a need to travel to see interesting formations in the sky. You just need to take the time to pay attention to what is happening above. It is so easy to forget to look up, but when you do, you realise that clouds are a part of nature that comes to us. If you lift your perspective and pay attention to the sky for just a few moments each day you’ll realise that interesting formations will come to you so long as you are patient. 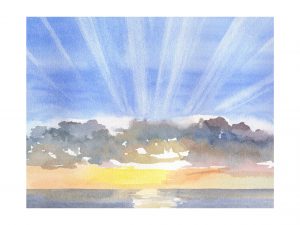 What is the rarest cloud you have seen? Are there more you would like to see?

The fluctus cloud, which looks like a succession of breaking waves, is a rare and fleeting cloud that I’ve loved seeing. You have to be sharp-eyed to spot them, as good examples happen rarely and they only appear for a few moments. I’ve never seen a good example of a noctilucent cloud, which is the extreme-altitude cloud that forms at altitudes of 50 miles, up at the fringes of Space, and so is much higher than all the other clouds. It is so high that it still catches the light when the Sun is over the horizon and so shines out with a ghostly bluish appearance against the night sky. You can see it in summer, but only if you are in higher latitudes, and Somerset where we’re based is too far south to for them to appear except extremely rarely.

What is your favourite formation and why?

I like the lenticularis cloud, which looks like a ufo. It forms down wind of raised ground like hills or mountains in stable conditions when there’s a steady wind that carries moisture. They look like beautiful smooth discs of cloud that hover in place as they form at the crests of invisible standing waves of air.

Have you seen changes to clouds over the years relating to environmental changes to the world?

The role of clouds in our changing climate is a complex one. There have been doubtless shifts in cloud cover since the industrial revolution. This is because the particles that industry puts up in the air act as the tiny seeds, (known as cloud condensation nuclei), that cloud droplets form onto. There have always been plenty of such atmospheric nuclei in the air for cloud droplets to form onto but there are plenty more around these days, which has likely resulted in more low clouds forming over the past 100 years. Any changes in cloud cover due to increases in average temperatures across the globe are now, however, easy to spot and identify. One likely outcome of our changing climate is that of storm clouds, when they form they will be able to grow bigger. These are the Cumulonimbus clouds, the mighty kings and queens of the atmosphere. Taller Cumulonimbus clouds means more powerful and intense storm showers. 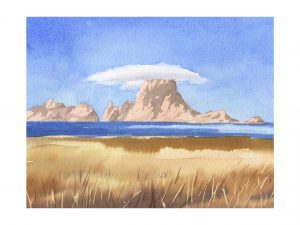 Finally, what advice would you give to people wanting to start cloud spotting? Is there a time of the day best to go out?

Sunsets and sunrises are of course always good times since the clouds provide the drama. Here in the UK, sunrises tend to have higher clouds and so give more of a broad vista. This is because the lower clouds tend to build up during the day as the moist air of our maritime climate is lifted on thermals rising off the sun-warmed ground, and the low clouds tend to obscure the view of the upper sky. But true cloudspotters always have an eye on the sky during the rest of the day too. That’s when a beautiful cloud formation can appear briefly without fanfare before dissipating away again into the blue. It may not get as much attention as a dramatic sunset but it can be just as special – not least because you were the only one to notice it.

Cloud Spotter is available to buy now. Tag us in your cloud spotting with #cloudspottercards 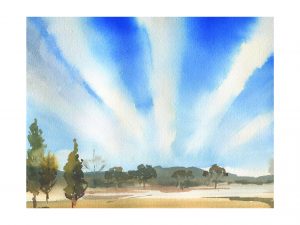 For more information on Gavin and the Cloud Appreciation Society, visit their webpage: www.cloudappreciationsociety.org 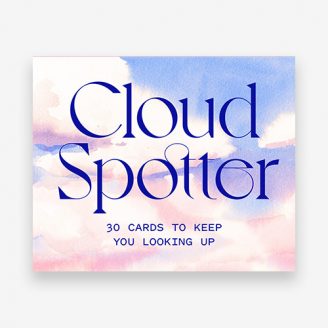