The animals in Endangered Animals Bingo are all under threat, and many are facing imminent extinction. There are all sorts of human activities that put animals at risk, from poaching and the destruction of habitats to plastic waste and climate change. We hope that the information will inspire you to act now in order to help preserve these amazing animals for future generations. 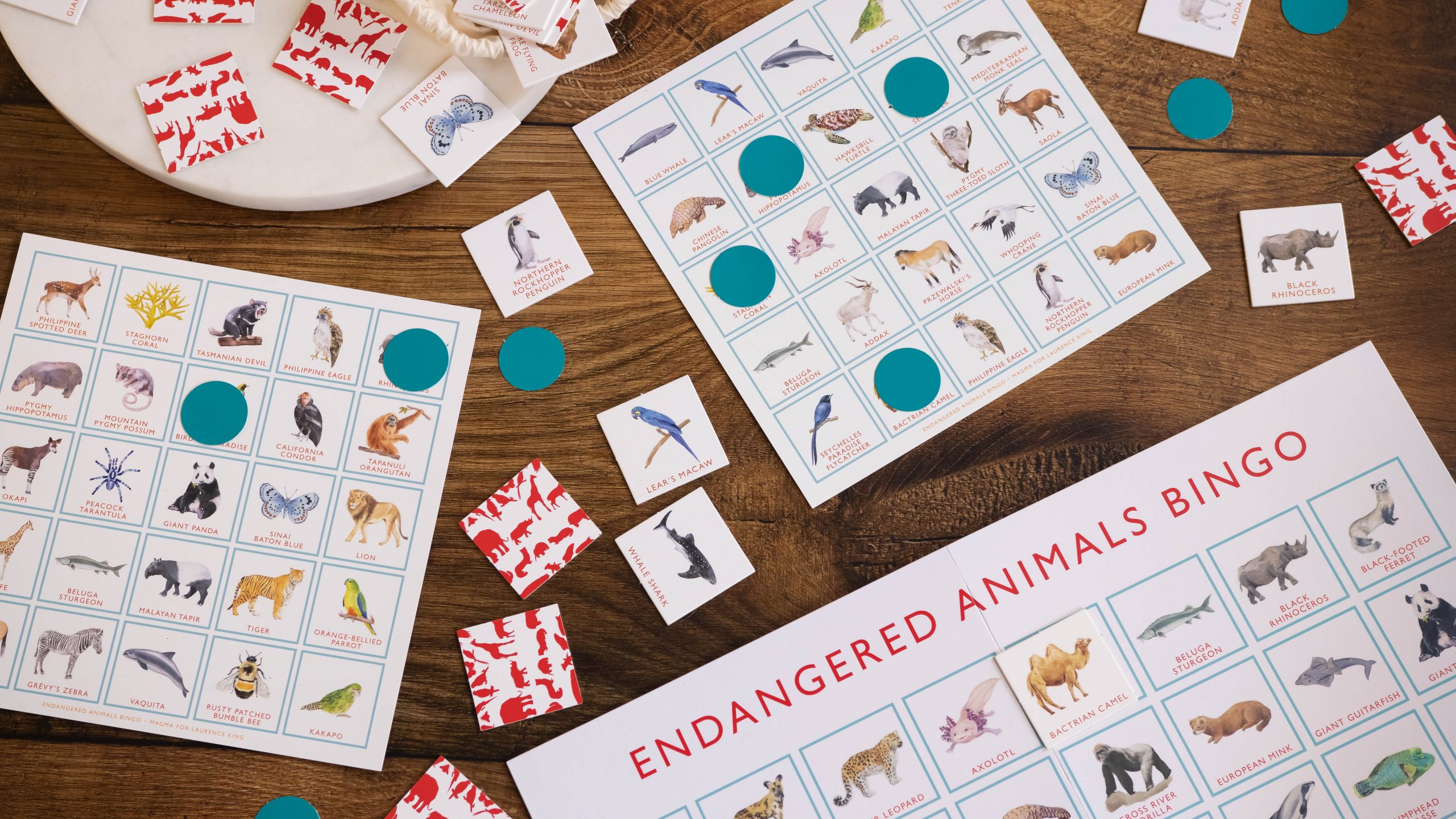 Learn about some of 64 threatened species that need our help.

Also known as the Far East Leopard, this is one of the world’s rarest cats, with only few individuals in forests of south-east Russia and north-east China. They have adapted to snowy climates, with thick, pale coats for camouflage and furry tails to wrap around themselves for warmth. 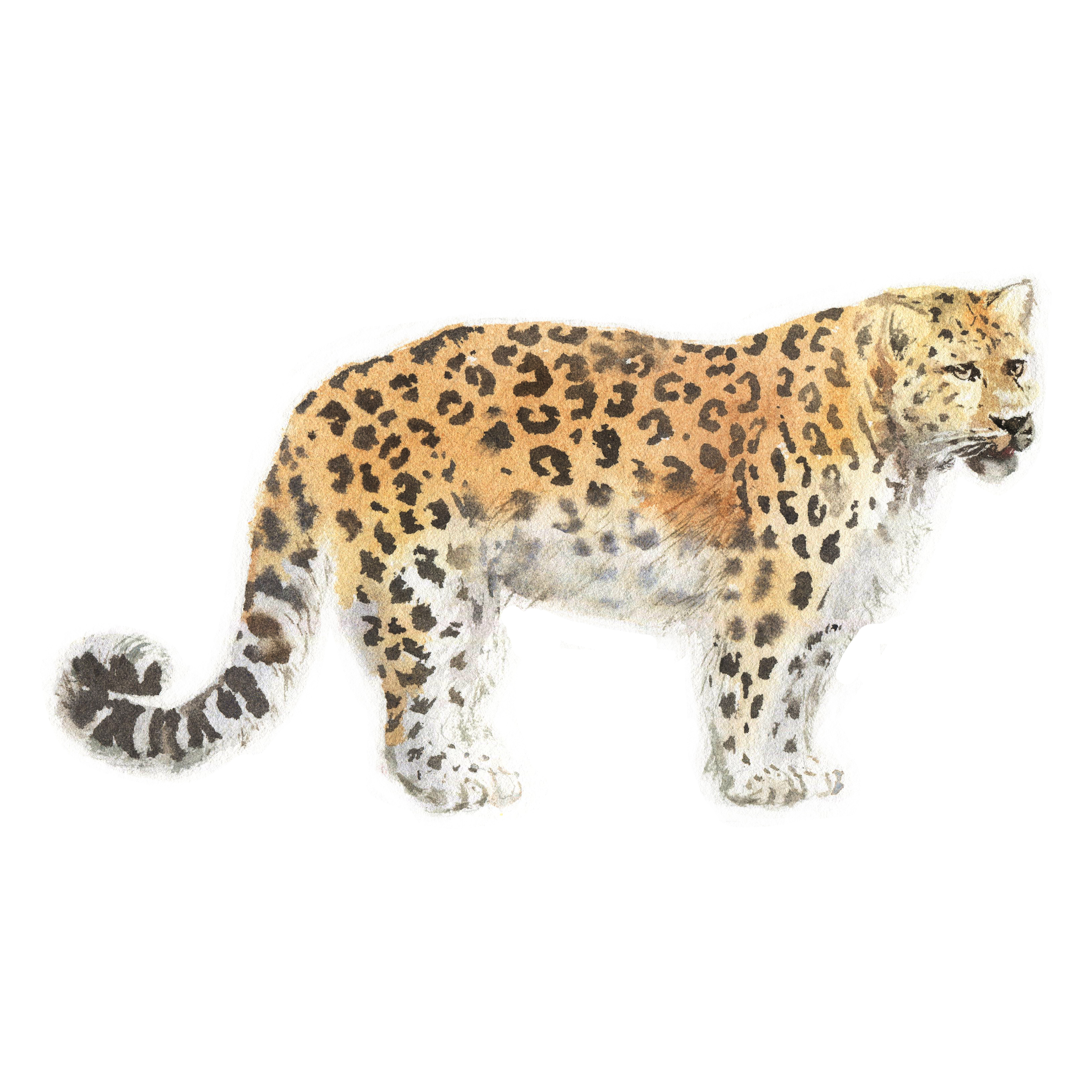 A black rhino’s hooked upper lip is used for pulling leaves off branches. This distinguishes it from a white rhino, which has a square upper lip for grazing. Adults typically weigh 800–1,400kg (1,760–3,090 lb). They are largely solitary and prefer dry, thorny bush and deserts from Kenya to South Africa. 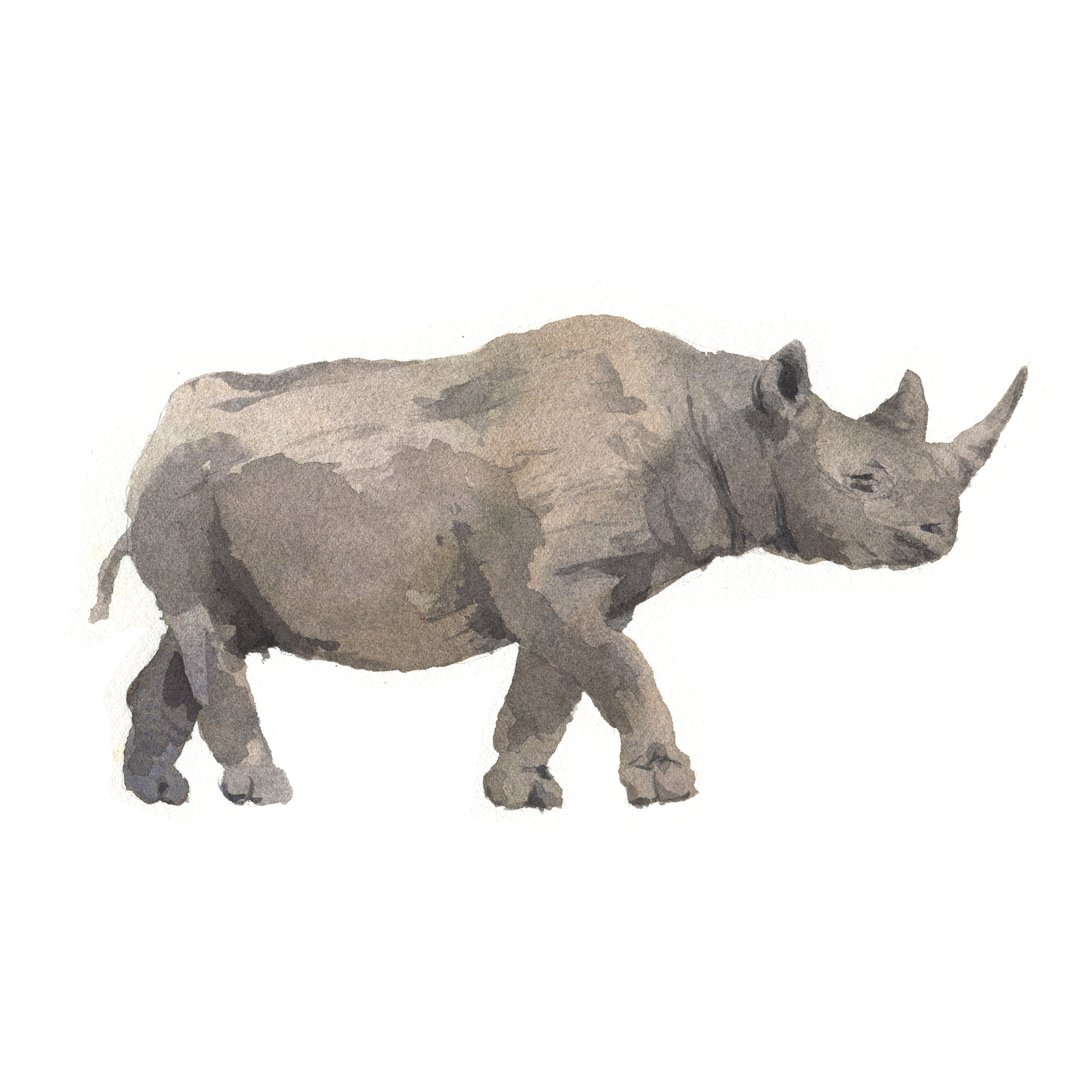 The European mink is the rarest terrestrial carnivore in Europe, with small populations in Spain, France, Romania, Ukraine and parts of Russia. They have an elongated body, short limbs, a broad head, short ears and dark brown fur with a pure white chin. They are semiaquatic and eat mainly frogs. 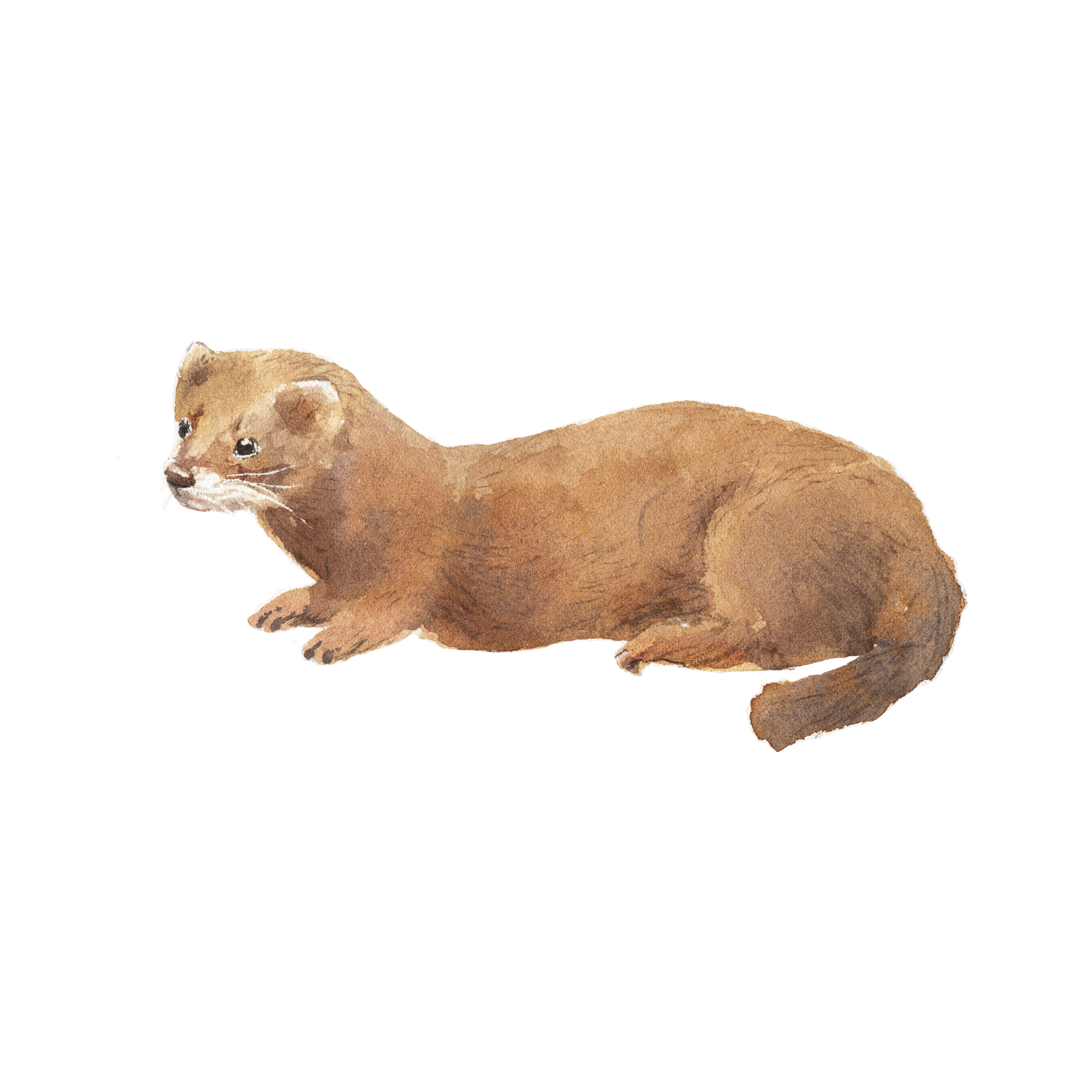 The Chinese pangolin has overlapping scales, a long tail, sharp claws, a pointed head and a thin sticky tongue for catching ants and termites. As well as southern China, they inhabit northern India and northern regions of Southeast Asia. They are nocturnal, solitary and roll into a ball when threatened. 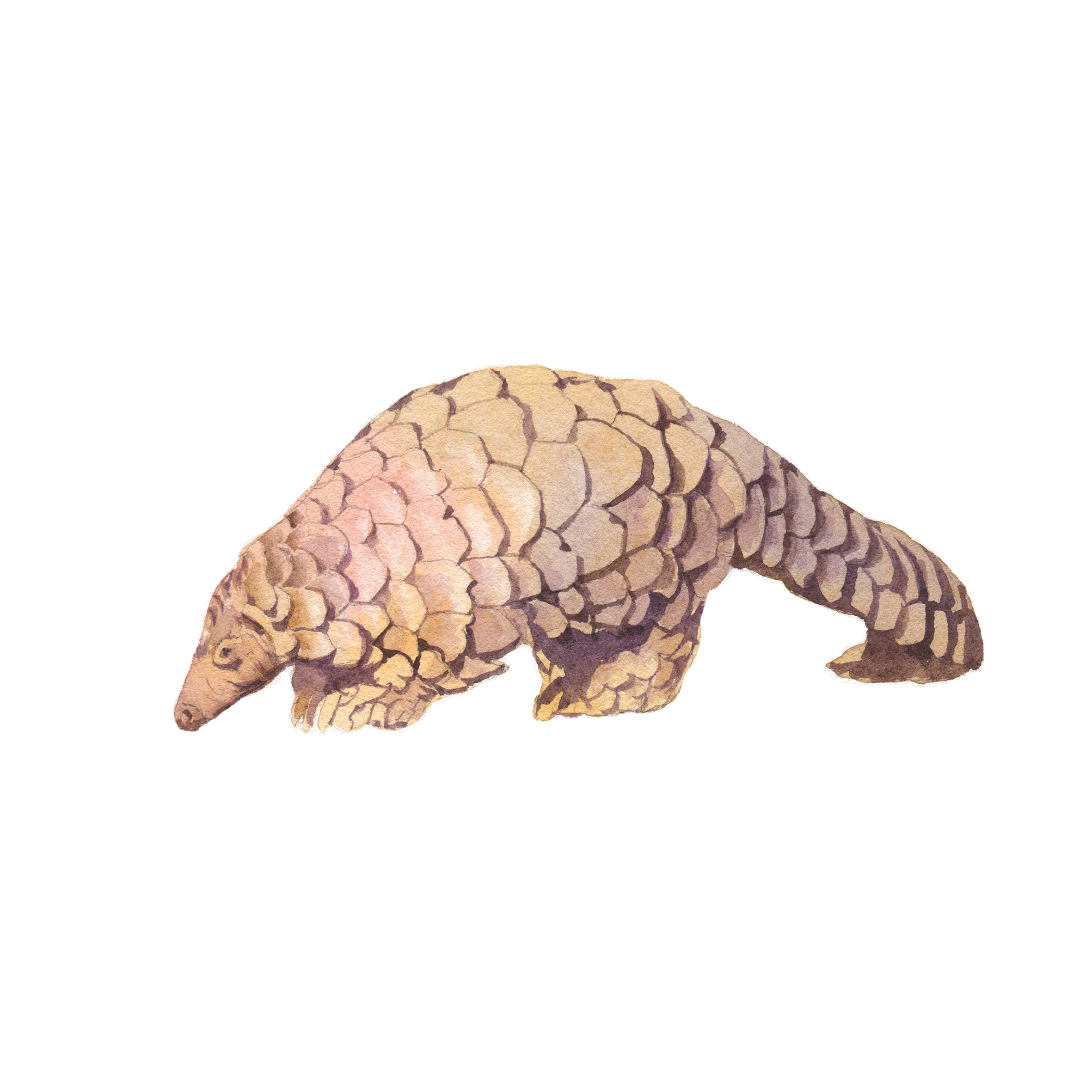 Wild giant pandas are restricted to mountain ranges in the Sichuan, Shaanxi and Gansu provinces of China. Their fur is thick and white with black patches. A giant panda’s paw has an opposable ‘thumb’ (actually an enlarged wrist bone) as well as five fingers to help them hold bamboo while eating. 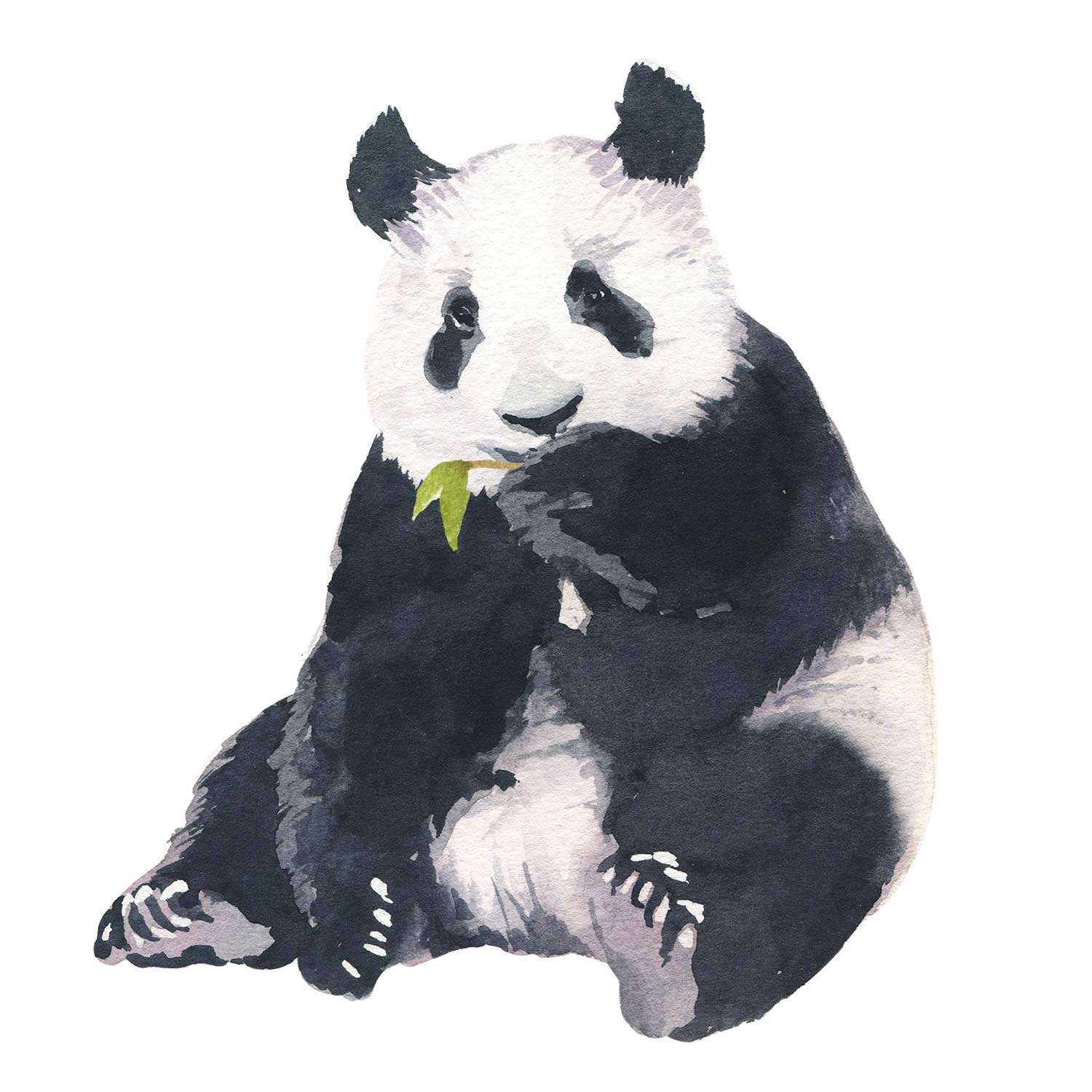 The hawksbill takes its name from the hawk-like beak it uses to extract sponges and invertebrates from coral reefs. Unique to hawksbills are the pair of claws they have on each flipper. They are found in tropical oceans, the largest populations located in the Caribbean, Seychelles, Indonesia and Australia. 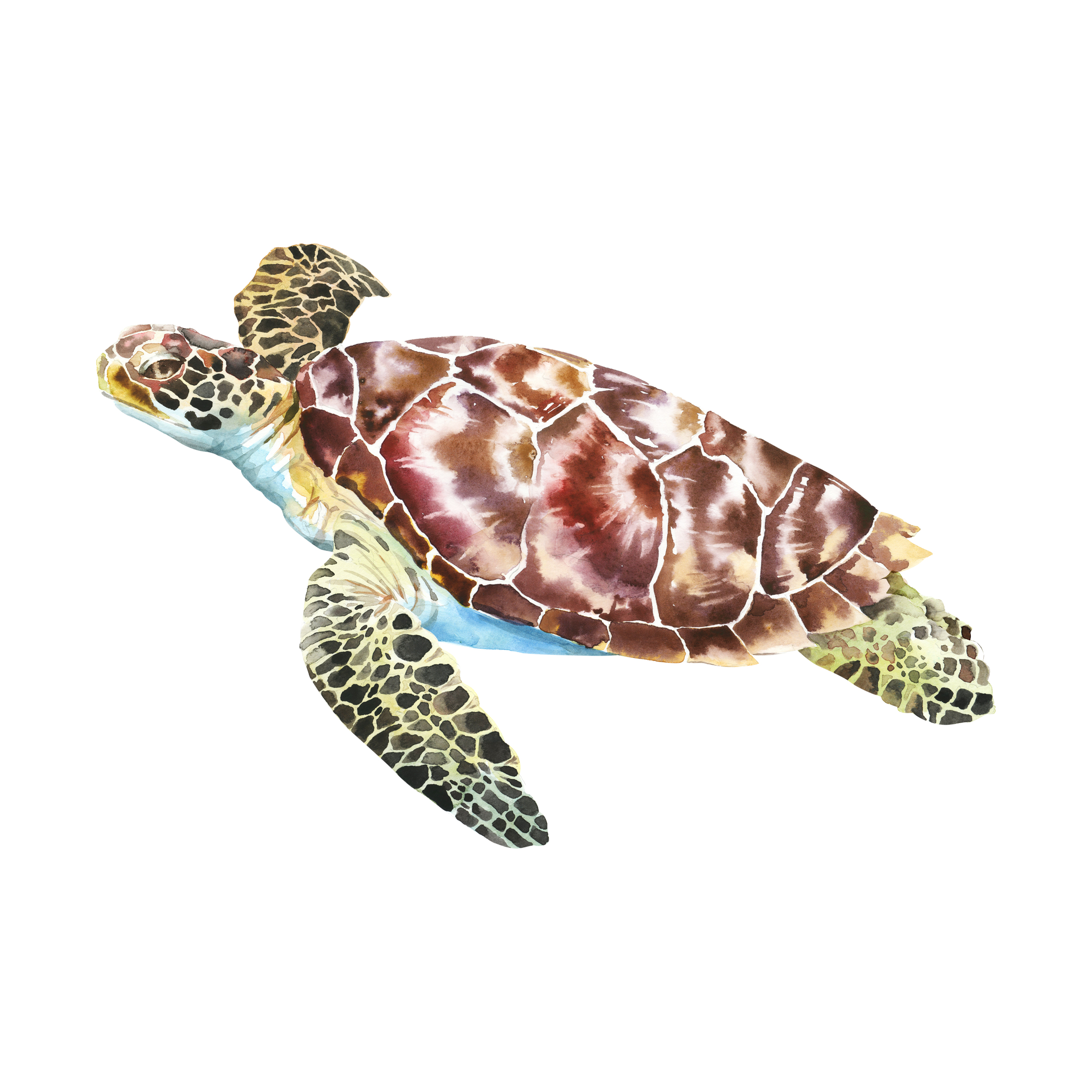 Endemic to New Zealand, this is the only flightless parrot. It has a pale, prominent, owl-like face, a large grey beak and moss-green feathers mottled with yellow and black. To feed, it forages on the ground or climbs high into the trees and uses its wings to ‘parachute’ down to the forest floor. 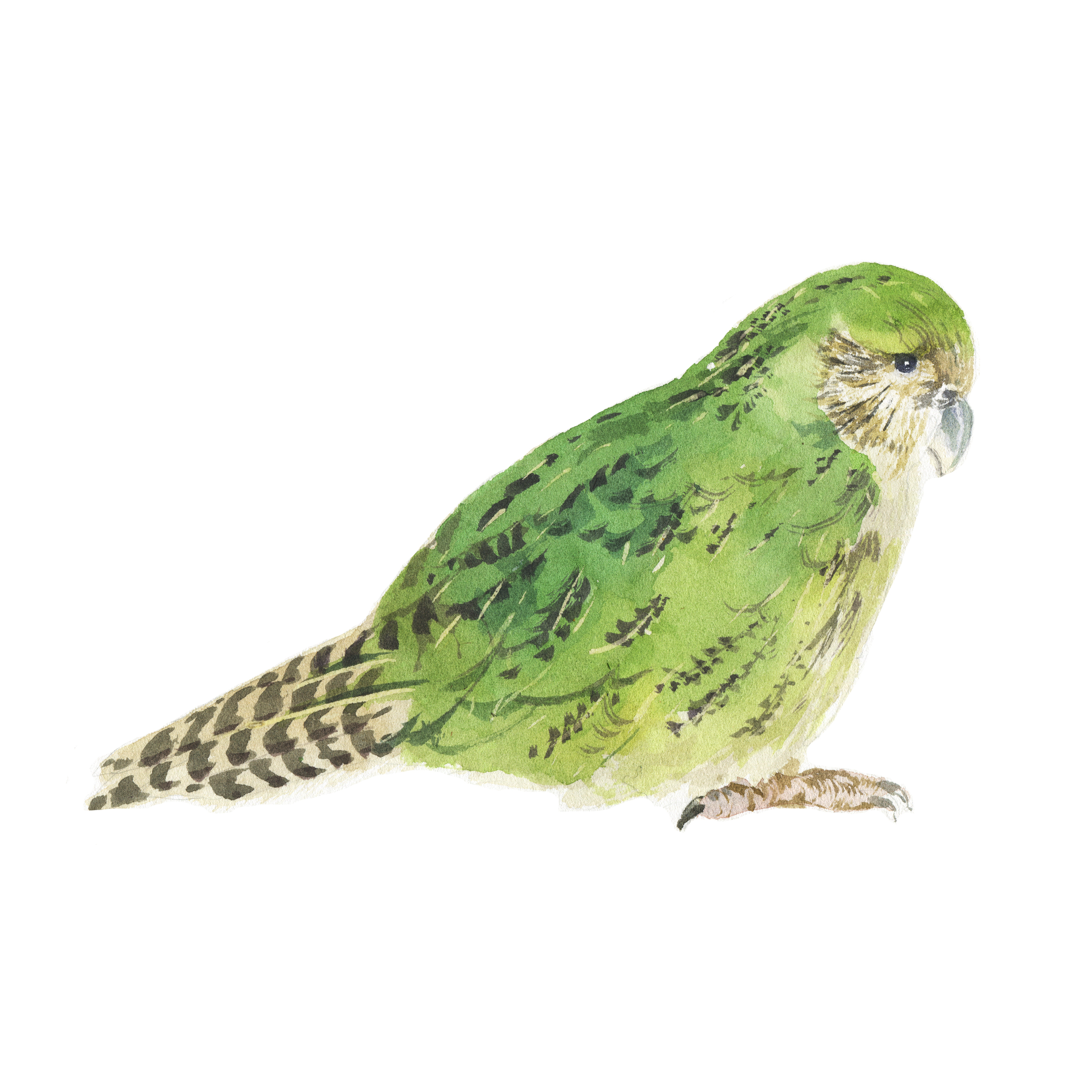 The largest of the five species of tapir, Malayan tapirs have a heavy, barrel-shaped body and distinctive black-and-white hair. Their eyesight is poor, but they have an excellent sense of smell and a fleshy, prehensile snout. Isolated populations inhabit swampy forests in Southeast Asia. 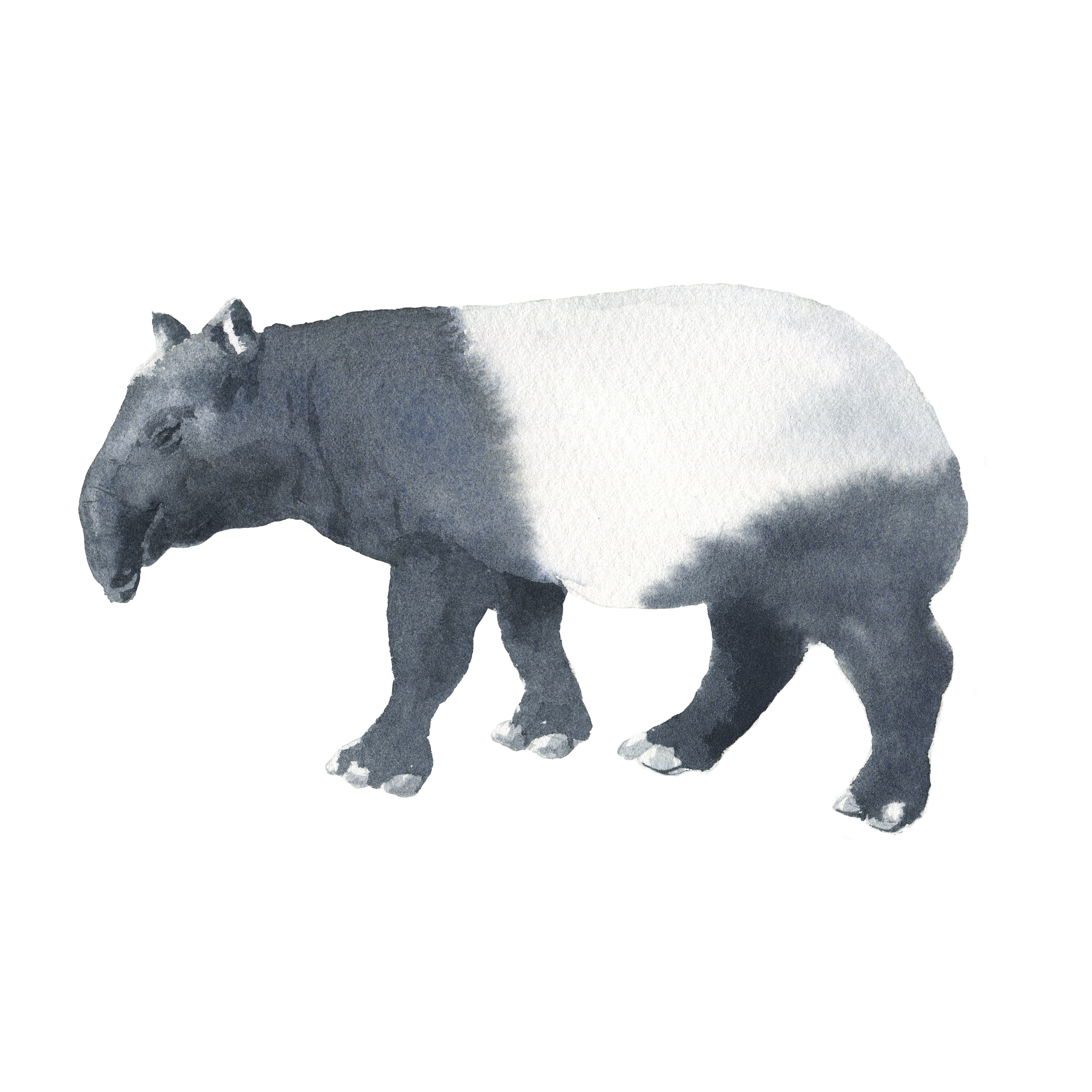 The world’s smallest echidna is endemic to the Cyclops Mountains in Papua New Guinea and is named after Sir David Attenborough. Their tongue has spikes to help them feed on worms and larvae. They roll up into a ball when threatened. 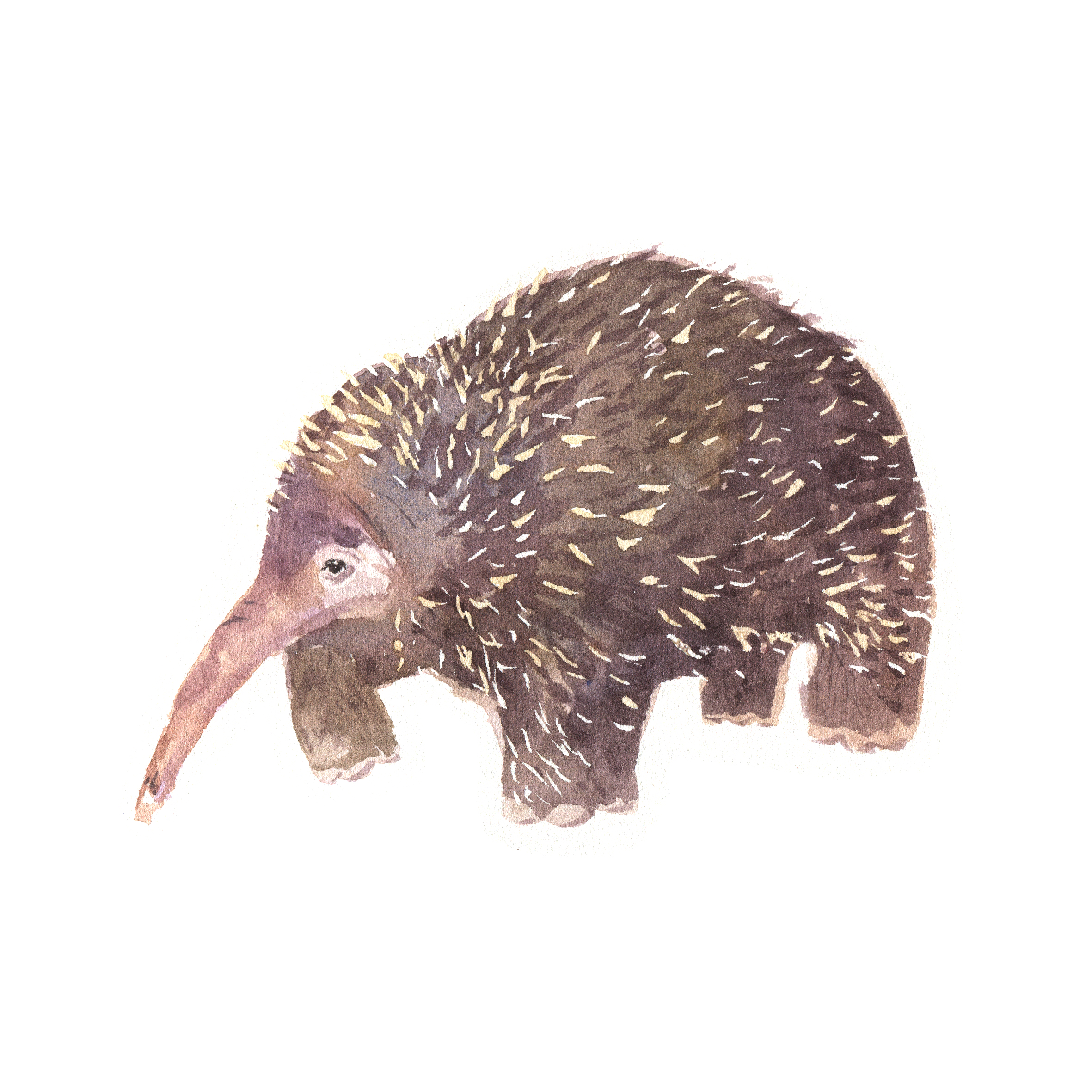 Also known as Scott’s tree-kangaroo, these marsupials are limited to a small montane forest in the Torricelli mountains of Papua New Guinea. They have dark brown fur, a big snout and a pouch for offspring. Their large foreclaws and long tail allow them to climb trees and feed on vines, ferns and leaves. 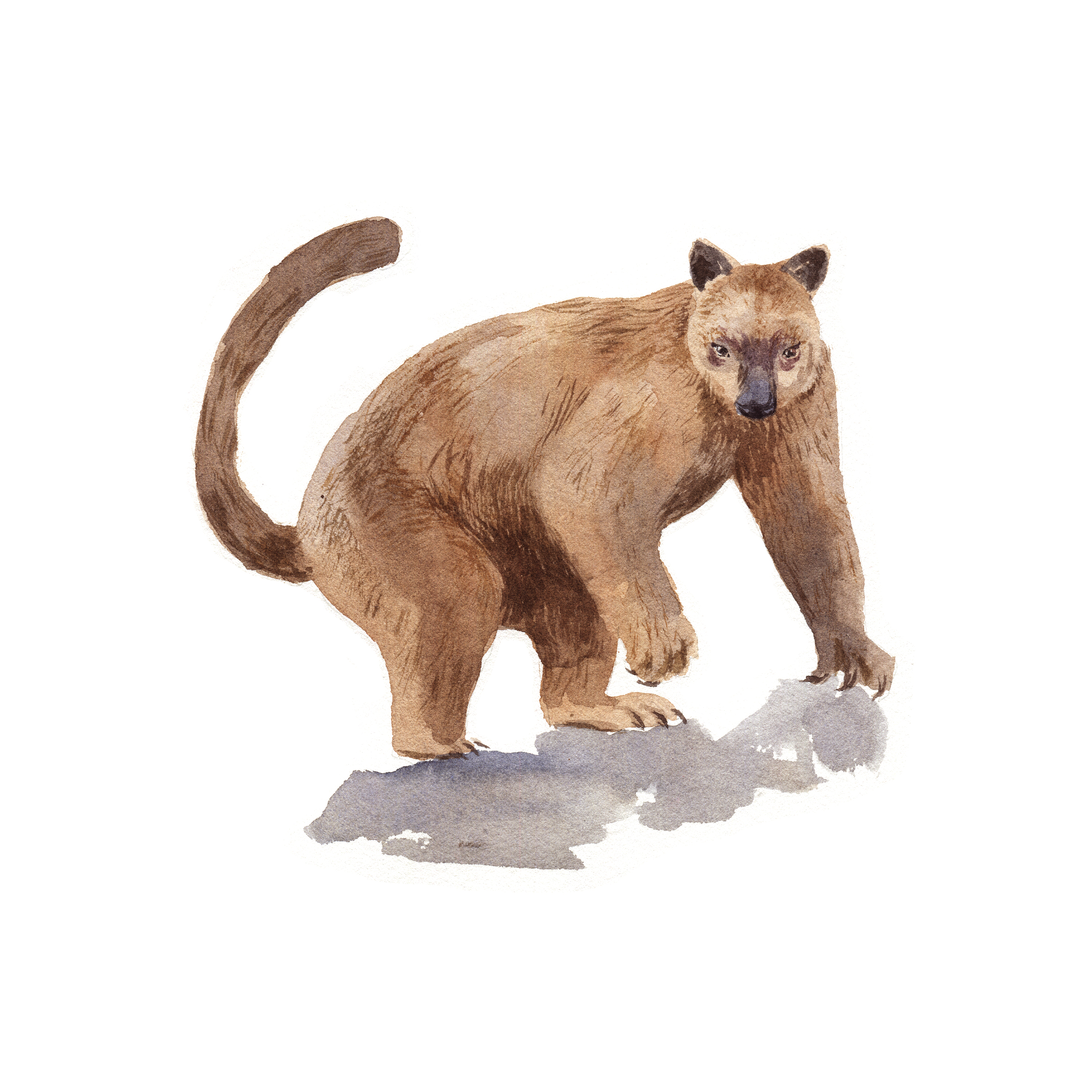 The whooping crane is the tallest North American bird, standing up to 1.6 m (5 ft 3 in). They are found in Northwest Territories of Canada and the Gulf Coast of Texas and are named for their whooping call. More carnivorous than other crane species, they eat frogs, rodents, fish and aquatic insects. 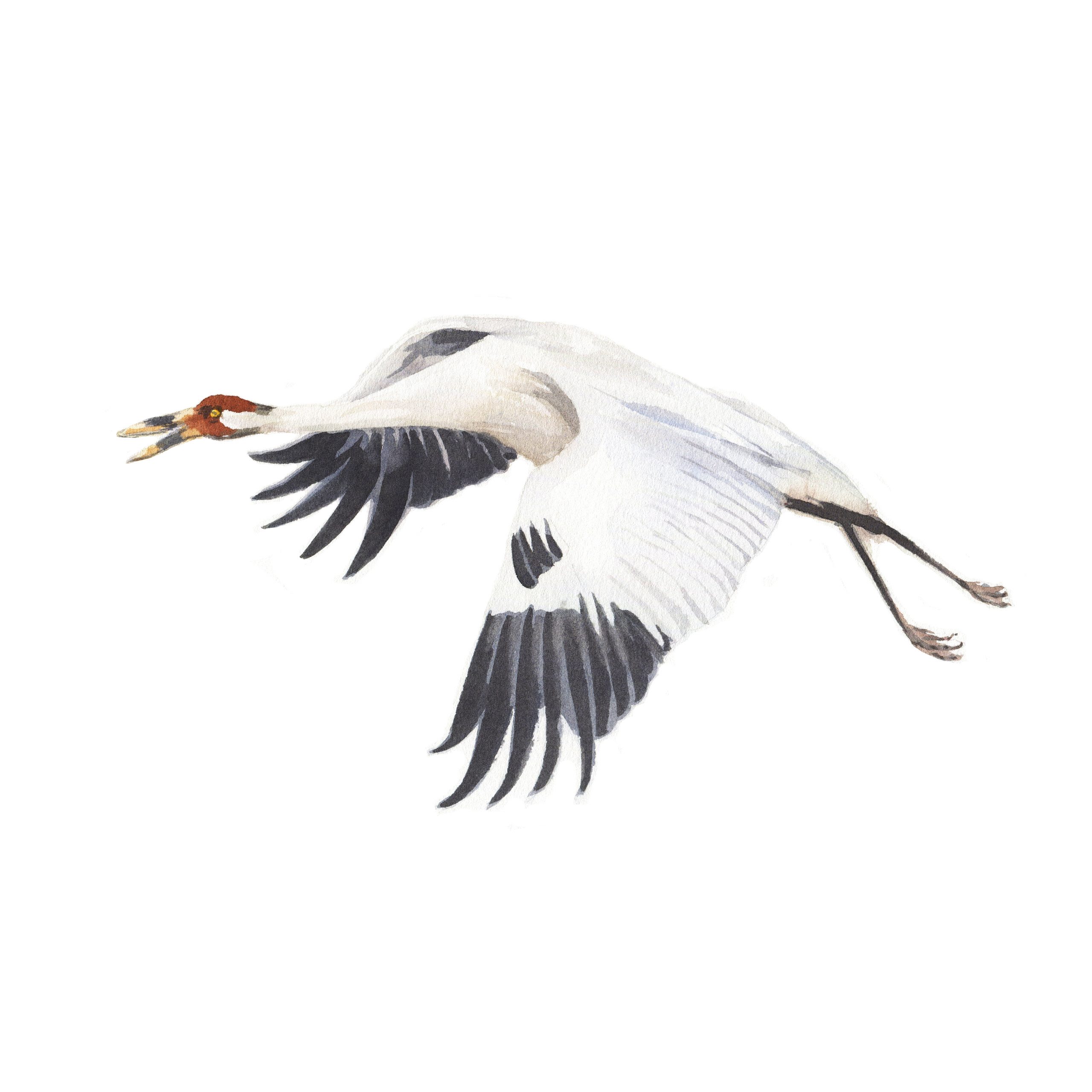 organisation. Their mission is to create a world where

people and wildlife can thrive together.

To do this, they’re finding ways to help transform the

future for the world’s wildlife, rivers, forests and seas,

pushing for a reduction in carbon emissions that will

measures to help people live sustainably, within the

means of our one planet.

author and ex-safari tour leader. She is passionate

about wildlife and conservation, especially endangered

Marcel George is a London-based illustrator who

watercolour illustrations. His clients include the

Inspired? Here are some ways you can get involved: 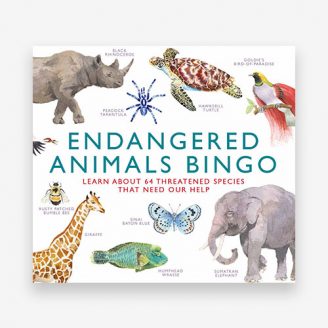