Why decide between a Gucci suit and a Lanvin dress when you can have both? This interactive book (split into four parts) will let you mix and match your dream designers together in any way you want.

Play it cool with a Kenzo top and a Vivienne Westwood skirt, or bring opposites together with a Helmut Lang shirt and Meadham Kirchhoff leggings. Over 100,000 different designer looks are at your fingertips in this vibrantly illustrated flipbook.

Lucille Clerc is a French graphic designer who moved to London following completion of her degree in Paris to study for an MA in Communication Design at Central Saint Martins. Since then she has been working in the creative industries for a diverse range of international clients, from cultural institutions to textile designers, musicians and architects. 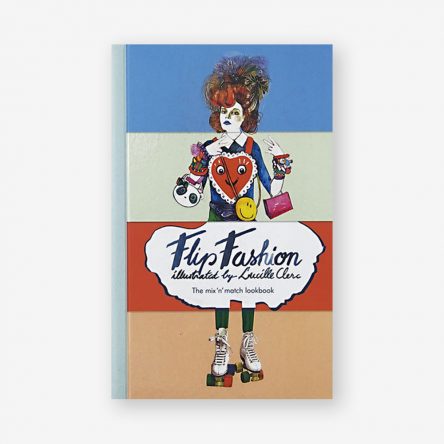