Play cards with Mr Darcy and Elizabeth Bennet and King and Queen of Hearts, Henry Crawford as Ace Rogue, and many more of Jane Austen’s most memorable characters.

Suits are themed on character traits, with hearts for the Heroines and Heroes and spades for the Fools and Bores.

Add some 19th-century drama to your favourite card games or learn to play the ones featured in Austen’s stories with the help of the accompanying booklet.

Barry Falls is an illustrator based in Belfast, Northern Ireland. He has worked for The New York Times, The Guardian, American Airlines, Unicef and Random House.

Professor John Mullan is Lord Northcliffe Chair of Modern English Literature and head of the English department at UCL. 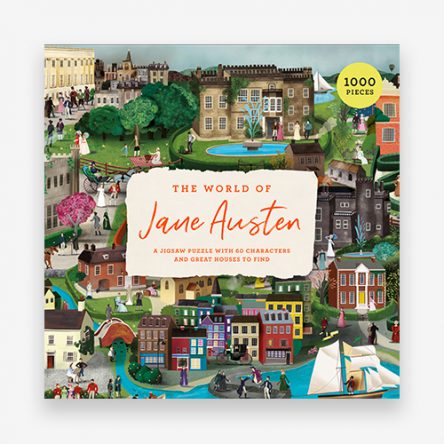