Colin Davies – architecture historian and author of the thought-provoking new book A New History of Modern Architecture – has spent much of his time looking at why certain buildings are considered important, and why others fall by the wayside. Here he discusses the concept of ‘the canon’ and challenges readers to try and make their own shortlist.

‘What’s your favourite building?’ It’s a question the average historian of modern architecture tries to avoid. Personal preference is irrelevant to the supposedly impartial chronicler. After all, he or she will argue, the drift of public taste – the shifting league table of favourite buildings – is itself a matter of historical record. Thirty years ago the ‘Brutalist’ style – all that 1960s board-marked concrete – was universally hated; now there are a dozen new books on the subject, enthusiasts queue to visit the buildings, and online petitions are set up to ensure their preservation. In its relatively short life Trellick Tower by Erno Goldfinger (yes, Ian Fleming’s Bond villain was named after him) has risen from chief exemplar of modern architecture’s inhumanity to the trendiest address in West London. 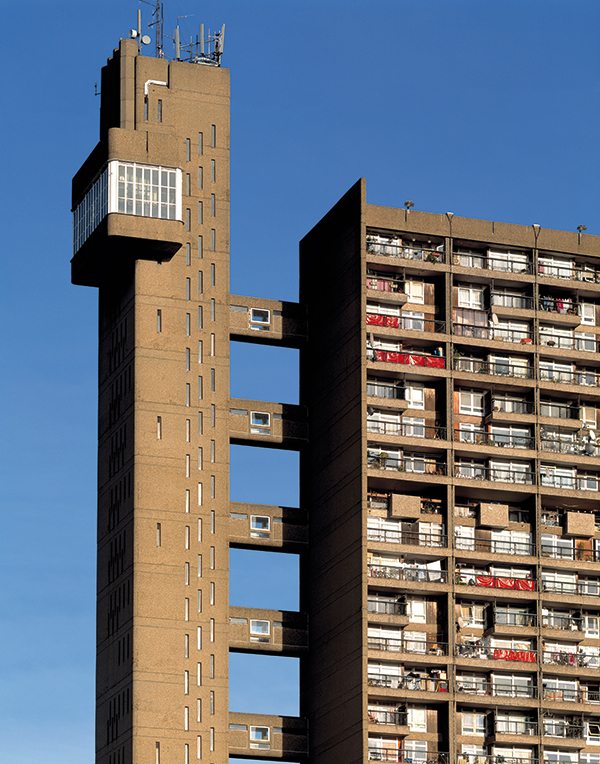 If the concept of ‘favourite building’ is not allowable, how about ‘most important building’? Again, there will be good deal of hesitation on the part of the historian who will refuse to choose just one building but might tentatively suggest a few obvious candidates: Frank Lloyd Wright’s Ward Willits house of 1902, for example, with its low, languorous roofs, is perhaps the first truly convincing riposte to what Wright called the ‘inglorious masquerade’ of traditional classicism; the neatly assembled boxes of Walter Gropius’s Bauhaus Building in Dessau of 1926 are routinely seen as the first ripe fruit of the Modernist style; the suave, bronze-suited Seagram Building in New York, by Mies van der Rohe represents well enough the mid-century emergence of Modernism as a new global orthodoxy; and the playfully mannered Vanna Venturi house of 1964 is often called the first Postmodernist building, or even, according to some, the first Postmodernist anything. 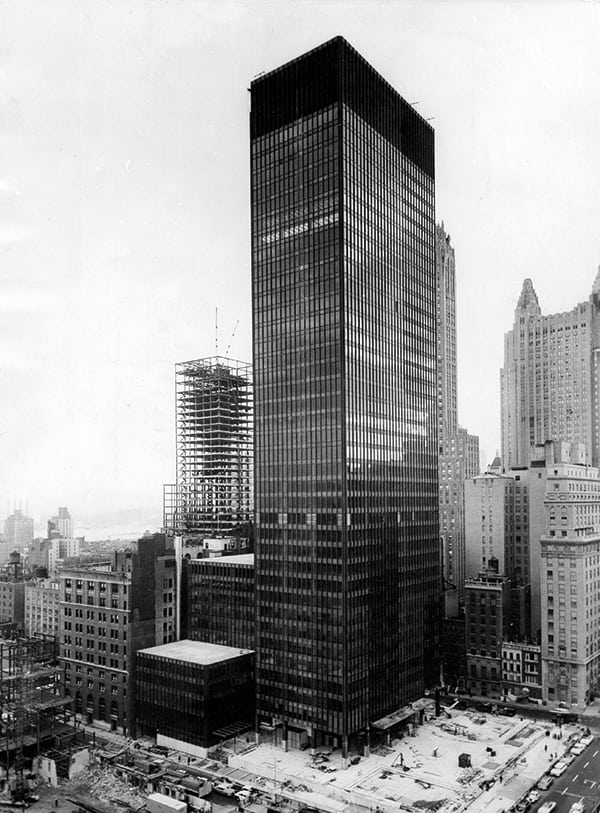 These are all firmly established members of that select group of historical examples know as the ‘artistic canon’. The canon is essential to the progress of the art, providing a pool of shared knowledge that informs the conversations of architects all over the world. But it is also an imperfect thing full of distortions and injustices. It must be respected, but not carved in stone. Buildings that seem important now may not be important in the future.

The historian remains unsatisfied. The four buildings mentioned above all have something to do with the rise and fall of Modernism, which is regarded as the characteristic style of the twentieth century. But a different quartet of equally important buildings, similarly spaced chronologically, would tell a different story: Antoni Gaudi’s great Sagrada Familia church in Barcelona, begun in 1882 and still unfinished, is more medieval than modern, though its structural system was novel and it was closely associated with the Catalan branch of Art Nouveau called ‘Modernisme’; Eugene Freyssinet’s aircraft hangars at Orly with their beautiful parabolic concrete roofs are certainly important, though as works of pure engineering they are admitted to the category ‘architecture’ only, as it were, on an honorary basis; Buckminster Fuller, whose huge, translucent, geodesic golf ball represented the USA at the Montreal Expo of 1967, has similarly dubious architectural credentials (he thought the profession of architecture was a mere ‘restraint of trade’); and Frei Otto’s Bedouin tent that served as the German Pavilion at the same Expo also lies off-centre of the architectural mainstream. Then why choose these particular buildings? Because looking back from a fully computerised 21st century, they emerge as heralds or harbingers of a new organic/digital approach to design, not ‘form making’ but ‘form finding’. 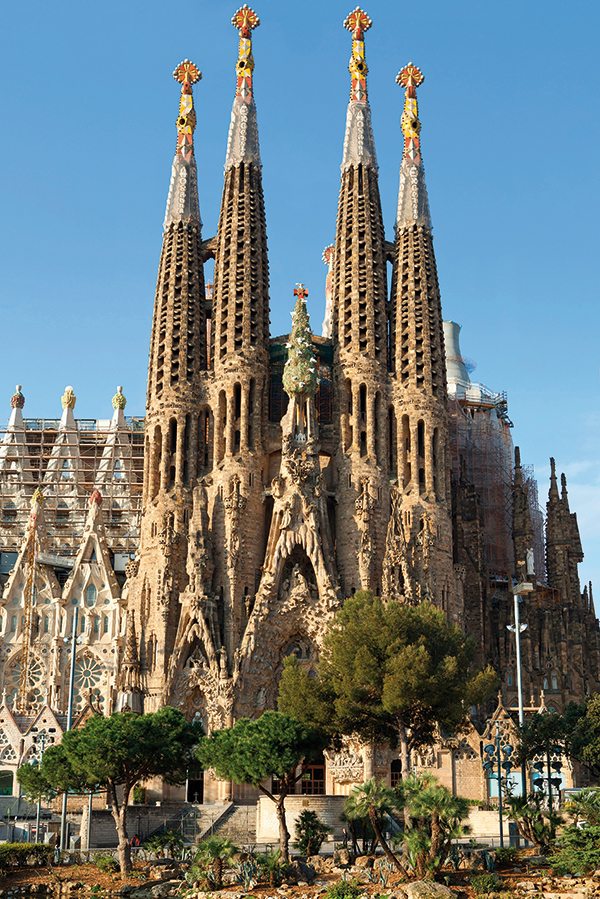 So the choice of ‘important’ buildings depends on what story you want to tell. We are assuming that architectural history basically consists of a collection of completed buildings, but again the historian will protest that this a too limiting. What about all the architecture that was never built? Architectural history is full of unbuilt projects, some of which were more influential than any completed building. Le Corbusier’s Ville Contemporaine, a city for a million people, first published in 1922, became the inspiration for the real tower block housing estates that changed the face of cities across Europe and the USSR in the 1960s. The projects published by the Archigram group, including Peter Cook’s Plug-in City of 1964, were an important stimulus to the development of the High Tech style that flourished in Britain in the 1980s and made Norman Foster and Richard Rogers world famous. 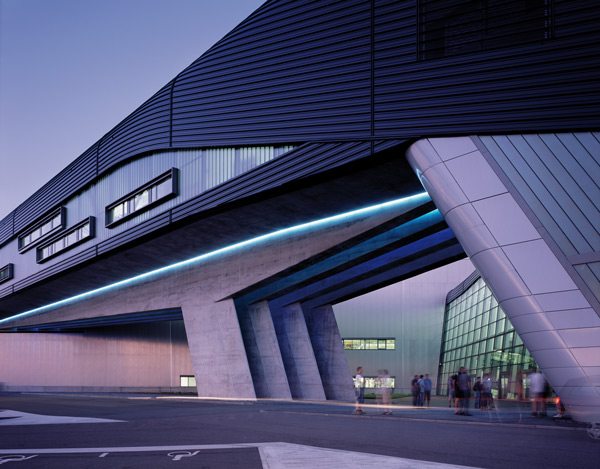 These were theoretical projects, specifically designed to disrupt architecture’s settled ways of thinking, but even failed proposals for real buildings can be world-changing. When in 1982 a young Iraqi architect, recently graduated from the Architectural Association in London, won a design competition for a leisure club in Hong Kong, her friends and colleagues pored over the published drawings and saw what seemed to be a bundle of sticks thrown down on a hillside. They didn’t fully understand the design, and it was never to be built, but they could see at once that they would have to remake their critical apparatus in order to accommodate it. The project’s author was Zaha Hadid, who, since her untimely death in 2016, has come to be regarded as one of the most important architects of the 21st century.

We have now assembled at least the beginnings of a representative short list. Let’s sort all the buildings and projects in order of importance. Which should come first? Which will be our favourite? You choose. 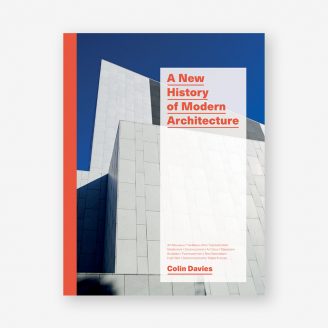