View of the craft school from the north, New Baris, 2010

Viola Bertini, co-author of Hassan Fathy: Earth & Utopia, introduces us to Egypt’s best-known 20th century architect through personal interviews, photographs and drawings from the Hassan Fathy archives, and Fathy’s own writings on the subject.

Hassan Fathy was born in 1900 in Alexandria. He graduated in architecture at the King Fouad University of Cairo in 1926 and here, in the Egyptian capital, he spent a large part of his life, writing, designing and teaching. He passed away in Cairo at the age of 89. 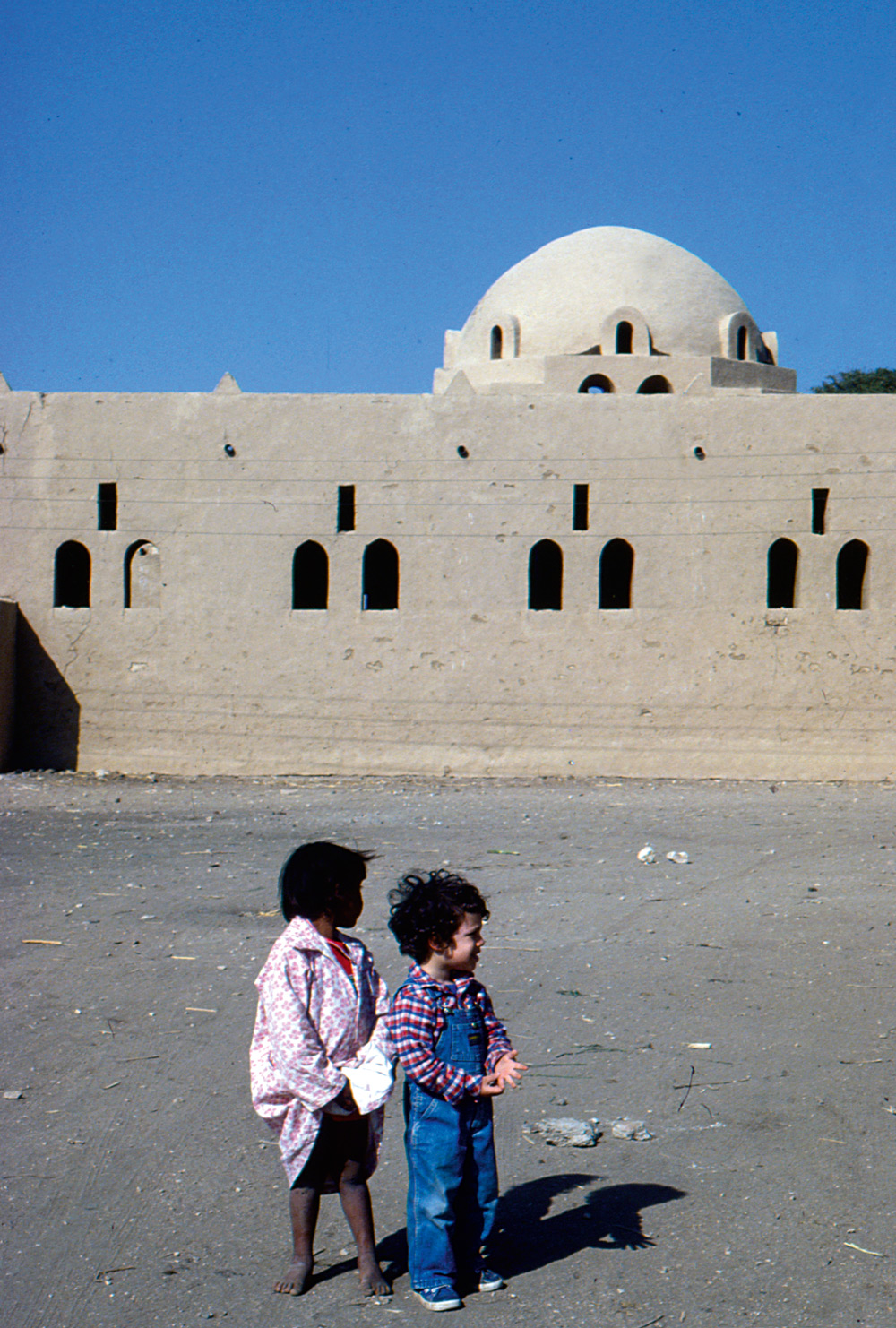 Boys playing in the mosque square in New Gourna, 1983

Today, almost thirty years after his death, it might be legitimate to question why his name is nearly absent from the histories of modern architecture. For a long time, Fathy’s work was associated with the idea of vernacular and confined to the boundaries of critical regionalism, so making of him ‘a full member of that multifaceted family’ of architects who, due to their heterodox interpretation of modernity, were almost forgotten during their lifetime.[i]

It’s a large and heterogeneous family which, as Alberto Ferlenga well pointed out in the Preface to new book Hassan Fathy:Earth & Utopia, despite differences, shared ‘the ability to interpret the best characteristics of a place and its unique traditions and deliver projects that bridge past and present’.[ii] 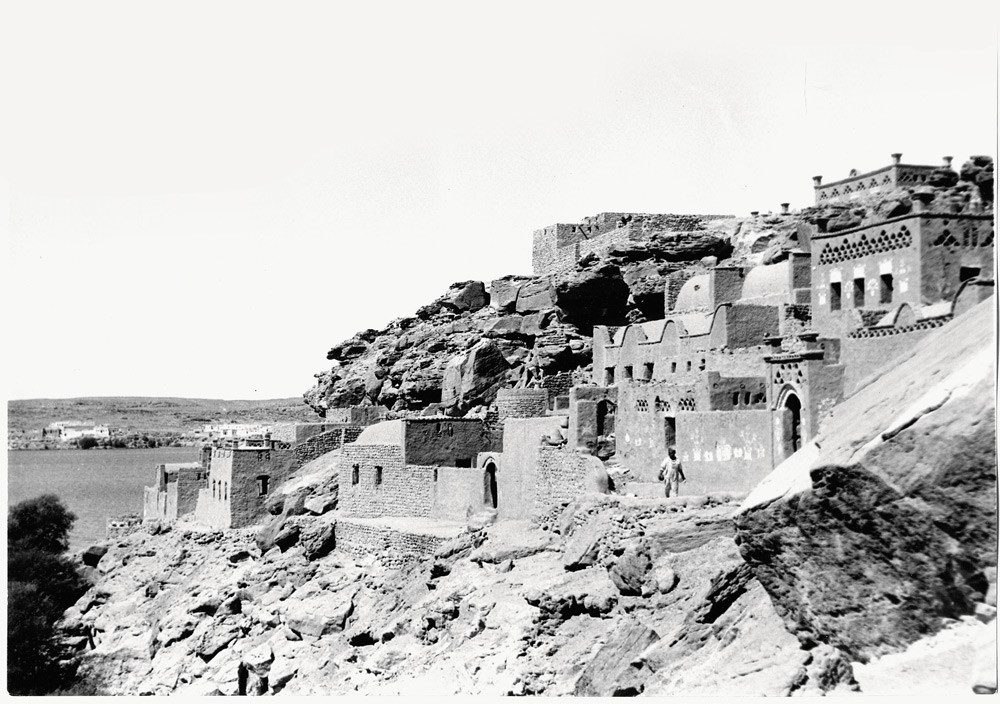 During his long career Fathy designed more than 170 projects. Among them, only the project for the village of New Gourna (1945), close to Luxor, gained true international attention thanks to the publication, 24 years after its design, of Fathy’s book Gourna, a Tale of Two Villages (1969).[iii] It was republished in 1973 with the title Architecture for the poor: An Experiment in Rural Egypt.[iv] The book, later translated in several languages, tells the stories around the project of New Gourna, which represents a kind of ante temporeexperimentation in participatory planning. Its publication was the first occasion when the international architectural community started to learn about Fathy’s work outside Egypt.[v] 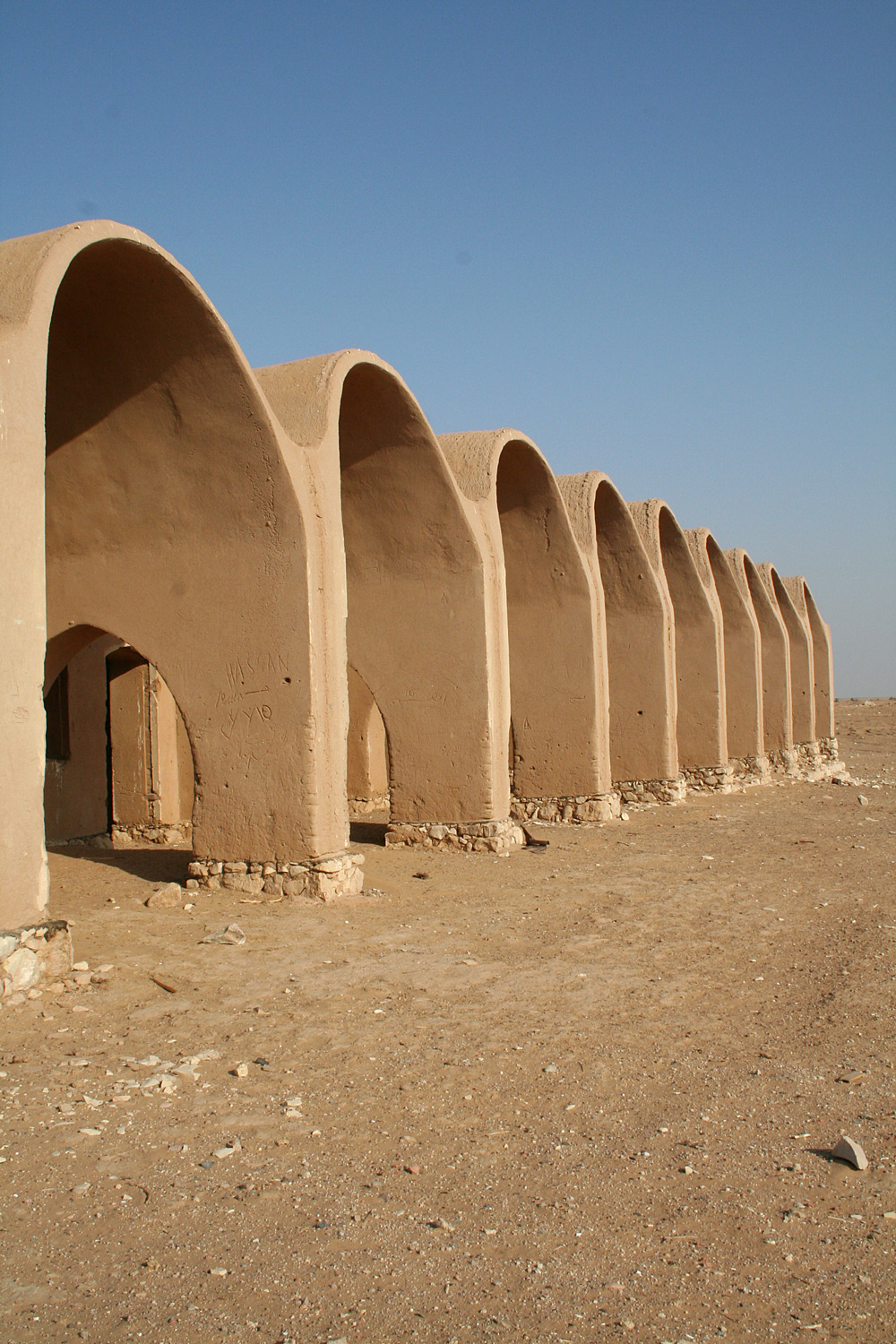 View of the craft centre in the village of New Baris, 2010

Many other occasions followed. In 1980 Fathy was awarded with the first Aga Khan Chairman Award, a prize that was specifically created with the aim of recognising the value of his career. Two years after, the second International Architectural Exhibition of Venice (1982), curated by Paolo Portoghesi, was entirely dedicated to the topic of Architecture in Islamic Countries, including an homage to Fathy’s work. In the exhibition catalogue Attilio Petruccioli wrote a text on Hassan Fathy,[v] discussing the main topics of his architecture and, for the first time, questioning the right position where to locate his work within the history of architecture. 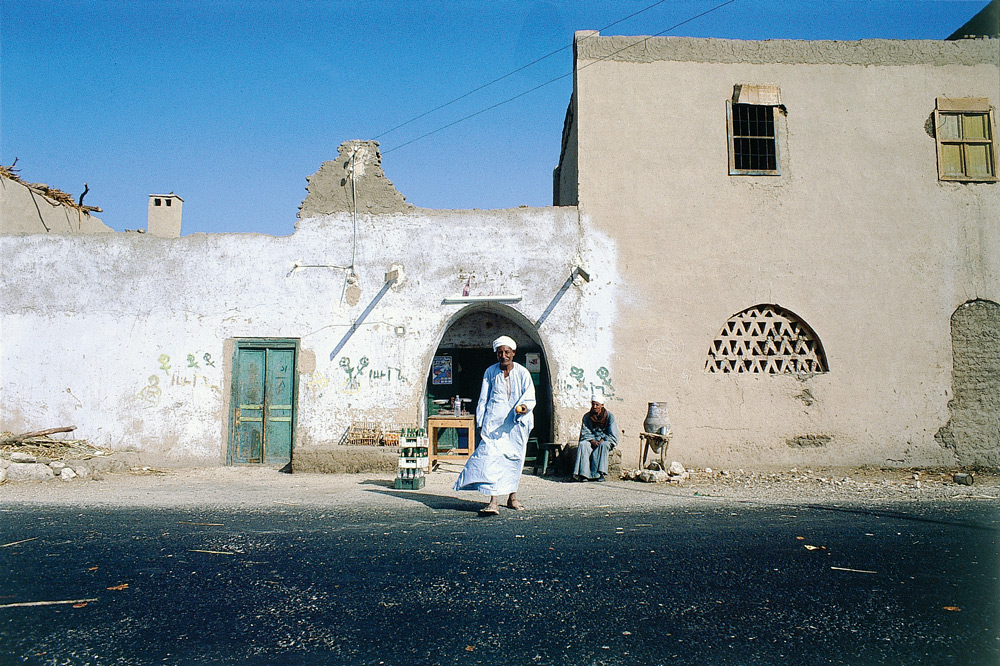 New Gourna village, with a shop and tea house, seen from the main road to the south, 1983

However, by that time, Fathy’s career was close to its end and a true understanding of his work could hardly be found. During the following years, in the Eighties and Nineties, many articles and several books were published on his work. Yet, most of them were mainly focused on Fathy’s technological choices – the use of mud bricks, catenary vaults and traditional climatic devices – and tended to associate his work with the regional or vernacular.[vi] Almost absent was the attempt of deeply analysing Fathy’s architecture in order to understand its strong character of modernity.

“For 16,000 years these buildings in the desert have remained inaccessible to architects and engineers who had no knowledge of their existence. It is time that we evaluated them scientifically and learned from the solutions and examples provided by these pioneers.” Hassan Fathy

Fathy operated at a precise moment of Egyptian history, when the Country, after centuries of foreign domination, had to redefine the Country’s national identity. It was a period in which Egyptian artists, painters and sculptures, as well as writers, showed the need to express with their work the identity of the Egyptian people and nation. At this precise juncture, and with this purpose in mind, Fathy started his architectural research which was dedicated, avoiding the use of western architectural models and reinterpreting traditional forms, materials and techniques, to building a true Arab and Egyptian architecture; that is, an appropriate architecture with respect to the climatic, symbolic and cultural context. This research is distinctly articulated in his writings – many of which, until this moment, had only a marginal diffusion – as it becomes clear trough the analysis of his work. In fact, a deep reading of Fathy’s projects reveals not the mere revival of traditional elements but a creative and skilful oeuvre in rewriting and reinventing the tradition. A work that, despite the figurative results – often incredibly beautiful – demonstrates an architectural approach that is undoubtedly modern or, represents a different alternative to modernity. 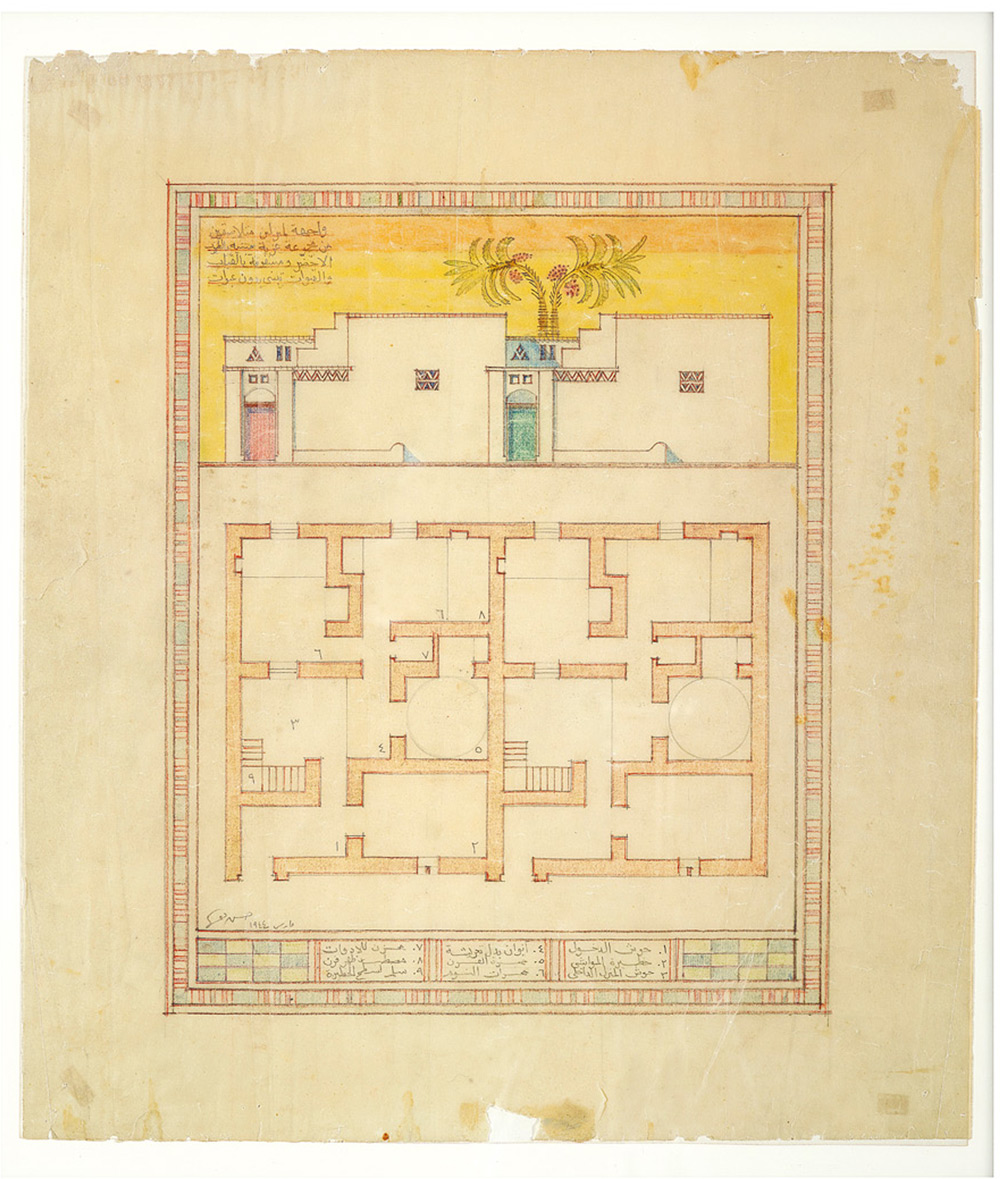 Drawing by Hassan Fathy, pencil and watercolour on butter paper, 23 by 29cm, March 1944. Caption upper left reads: ‘Elevation of two semi-detached houses from a group in Izbah built from sundried mud brick with vaults and domes, to be built with no formwork.’

During the last decade renewed attention has been paid to Hassan Fathy, who became the subject of study of many scholars and architects. Paradoxically, it’s in Europe more than in the post-colonial world where his work was mainly addressed, that his cultural legacy has started to be actually understood and assimilated. Only today Fathy’s architecture, which ‘for a long time has been presented as a curious case of post-modern vernacular’, has been rediscovered as the expression of another kind of modernity. Perhaps decades had passed before recognizing the validity of his message, which today seems very timely. His search for an architecture capable of building a relationship with the place, conceived for man questioning the past and dialoguing with the present, appropriate with respect to both the climatic, social and cultural context are all topics on which the contemporary architectural culture has started to debate, revealing how the lessons of the Egyptian master have still much to teach.

[iv] Fathy H. (1973) – Architecture for the Poor: An Experiment in Rural Egypt. University of Chicago, Chicago. 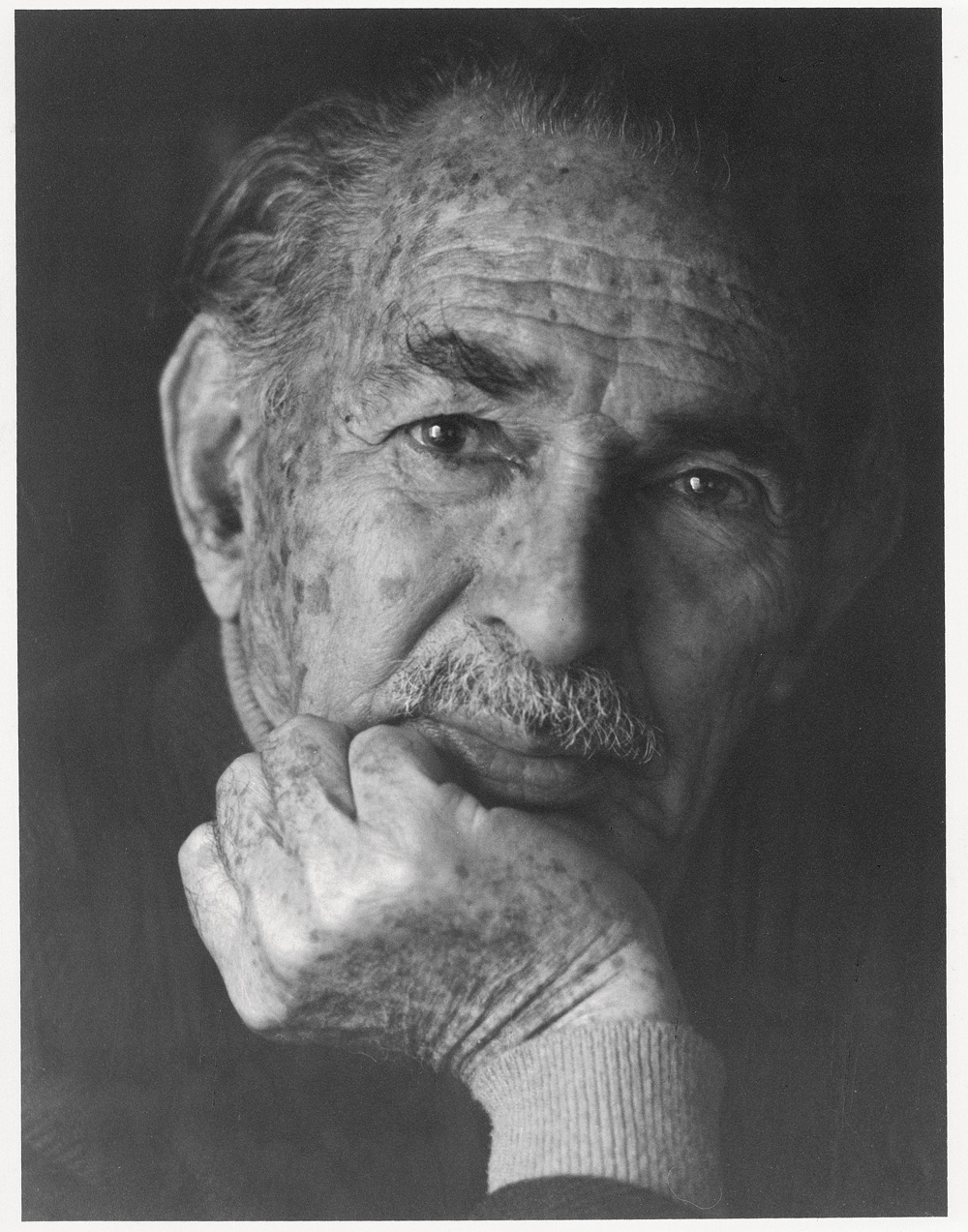 This article was first published in Building Design. 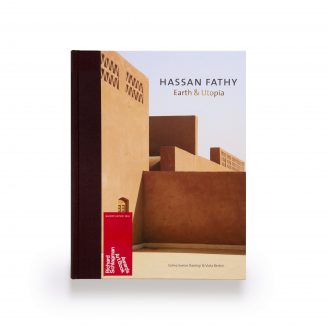 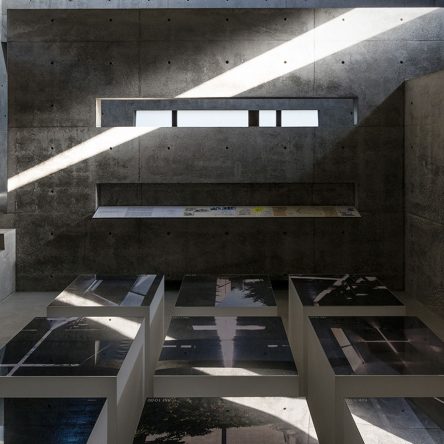 A Case Study of Atmospheric Light at the Ando Museum 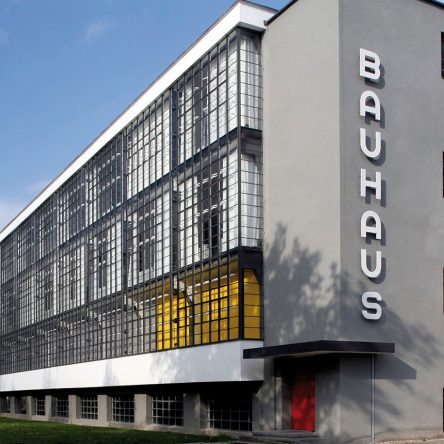 A New History of Modern Architecture 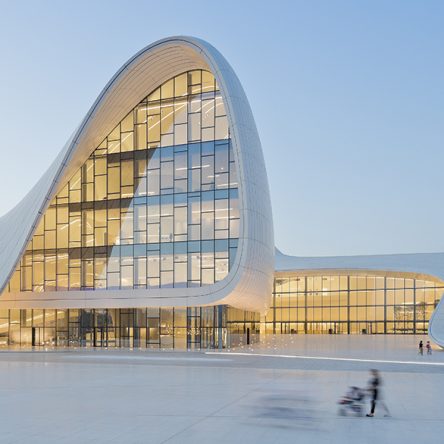