Reconnect with the wild and explore the wonders of the forest. Make time for yourself through meditation and mindfulness and experience the restorative powers of the natural world. Here’s five ways to enhance your forest walks, each one representing one of the five entry categories used in Jennifer Davis' new book,  100 Things to Do in a Forest, beautifully illustrated by Eleanor Taylor.

Children do not need to be instructed to dilly-dally, and perhaps this is the fundamental difference between them and adults. The truth is, grown-ups think everything has to have a purpose to be worth doing, and sadly, aimlessly wandering hardly ever makes it on to the day’s agenda.

Kids, on the other hand, will very happily spend an hour lying on their belly watching a worm go about its dirty work, or stand in a stream observing the business of tiny prawns.

On your next forest walk, keep your eyes and ears open for insects and minibeasts. If you're in an active mood, follow a butterfly. If you're feeling lazy, perhaps keep your eyes peeled for a slug. Whatever your mood, find a creature and then follow it about. No agendas are needed. No destinations will be reached. Just meander. Just follow. Just observe. Just make the time to recapture a bit of that frivolous childish wonder with the world.

Hang in a hammock

Far too many people do not know the joy of whiling away an afternoon swinging in the shade, and that alone probably accounts for the existence of such unlikely inventions as scalp massages and foam stress balls. Next time you’re feeling low, instead of buying yourself the latest energizing desk lamp, just go to the forest and swing in a hammock.

The most obvious first step towards spending an afternoon lying in a hammock is owning a hammock. There are several options: a Mexican hammock is usually handwoven from vibrantly hued string and is incredibly strong, so it can comfortably fit five or six people. A Brazilian hammock is a length of fabric with ropes at either end and, while they look charming, they don't fold up particularly small so aren't great for transporting into the forest. If you're on a tight budget, go for a parachute hammock - they scrunch up small and are fairly cheap to buy. Or, if you like being crafty, some discarded scaffolding safety netting from your local building supply shop will work very well when attached to ropes with a couple of carabiners. 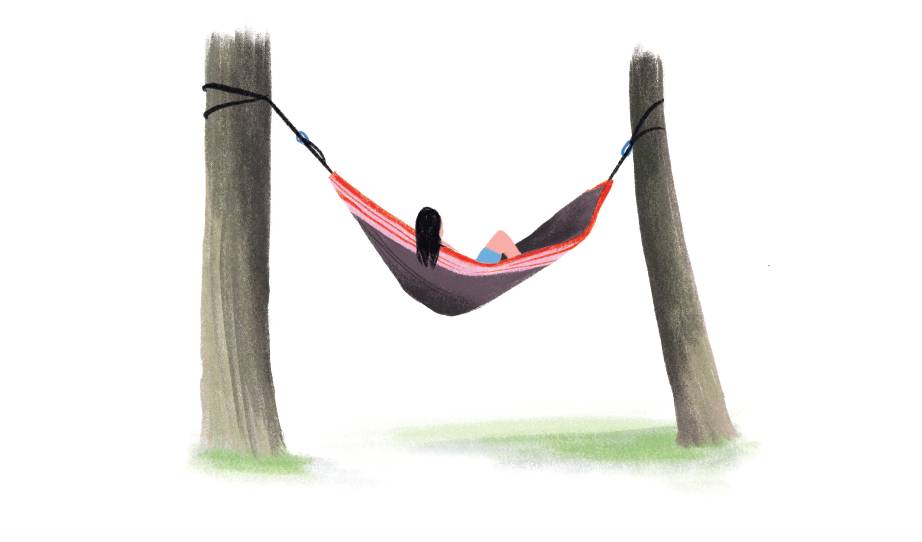 The aim of the book is to get you outside and absorbing the beauty of the natural world, and shadow tracing is a peaceful and satisfying an activity as you could do on a sunny afternoon in a woodland glade. But luckily it is also one of those activities that you can do in a park, at a bus stop or even sitting at your desk at work or at home (provided you’ve got a window nearby).

Find a small tree, a bush, a flower or a stick that is casting a shadow and lay a piece of white paper down on the ground or on your lap so that the shadow is lying fully on the paper. Now draw around the edges of the shadow, examining its nooks and crannies, and making sure to trace every detail.

On a winter's afternoon you could bring a long roll of paper and trace out a whole tree; on a hot summer's day you'll find tracing wildflowers very satisfying. If you do happen to be sitting at a desk all day, you could trace the same plant at three or four different times of the day to see how the changing light affects your drawing. 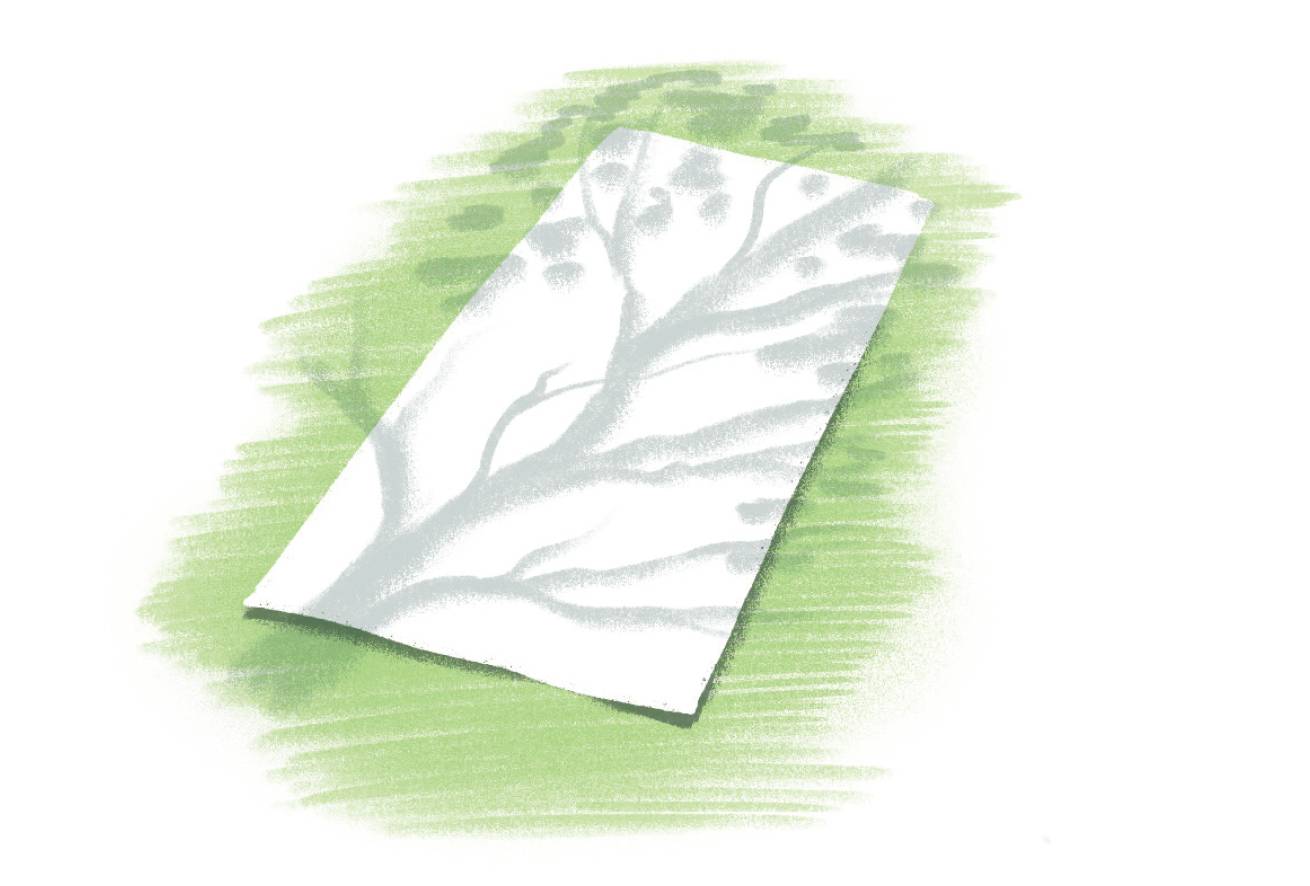 Some might think it necessary to have grown up in a hippy commune in the 60s to delight in the revelries of the summer solstice, but this would be a mistake, and a shame. After all, if nothing else, the summer solstice marks the longest day of the year, which is something to celebrate no matter where you fall on the hippy spectrum.

It is believed that our Neolithic ancestors are the ones to thank for this annual reverent celebration marking the rising and setting of the sun around 21st June in the northern hemisphere, or 21st December in the southern. Originally the solstice served as an indicator of when to paint and harvest crops. Summer solstice observances have existed since long before recorded history, often with different belief systems, but always as a time of celebration and community.

For enchanting solstice celebrations involving young people, make flower crowns or a sun-shaped mandala from wildflowers, or even camp out in the back garden. Solstice celebrations need not to be elaborate; try lighting a candle at the centre of a circle of friends and then burning slips of paper on which you've written about things you want to let go of, things you want to grow through or things you'd like to shine a light on. 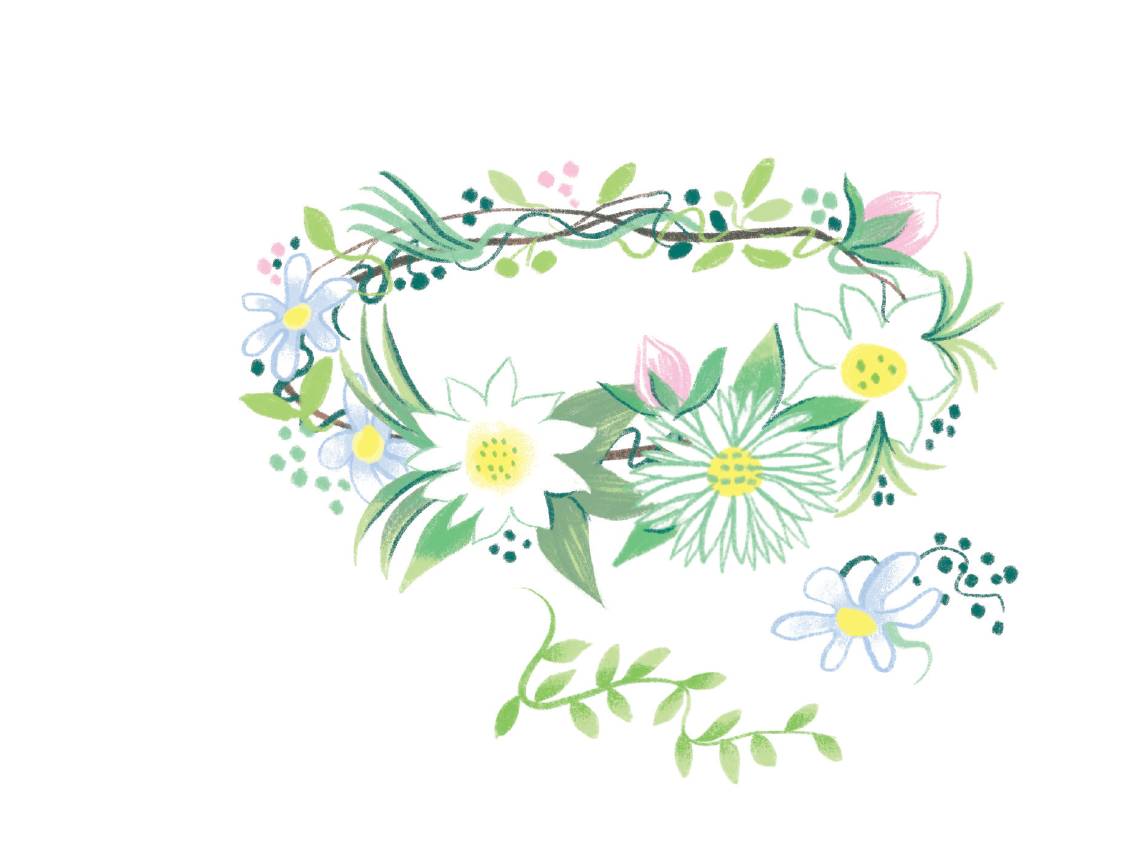 It’s often said that nothing tastes better than food that’s eaten outside. Let’s take that one step further and say there is truly nothing better than food that you’ve foraged, prepared, cooked and then eaten in a forest. All the moments of the day, the memory of the picking and the joy of having worked for your food combine to add a flavour and richness that you simply can’t find in a supermarket.

It's time to get picking. Any combination of berries will do, but if you chuck in some peeled and cored apples it'll help the jam to set. You'll then need to get your fire nice and big; let it burn down for a while until it's mostly white-hot embers as this will stop the flames from licking the side of the pan leaving a burnt-on jam patch that'll never come clean. While the fire is roaring away, measure out an approximately equal volume of sugar and fruit and mix them up in your pot. If you haven't found any apples, or if you like the belt-and-braces approach, use jam sugar for a definite set. Sit and mush to your heart's content, or not, if you want whole berries in your jam. Place the pot on the fire until the fruit and sugar start to bubble and boil. Eventually you'll see that it's starting to get thicker. Take the pan off the heat and let it cool for 5-10 minutes. Your pan will invariably become blackened by soot, so bring a plastic bag to store it in on the way home. Enjoy! 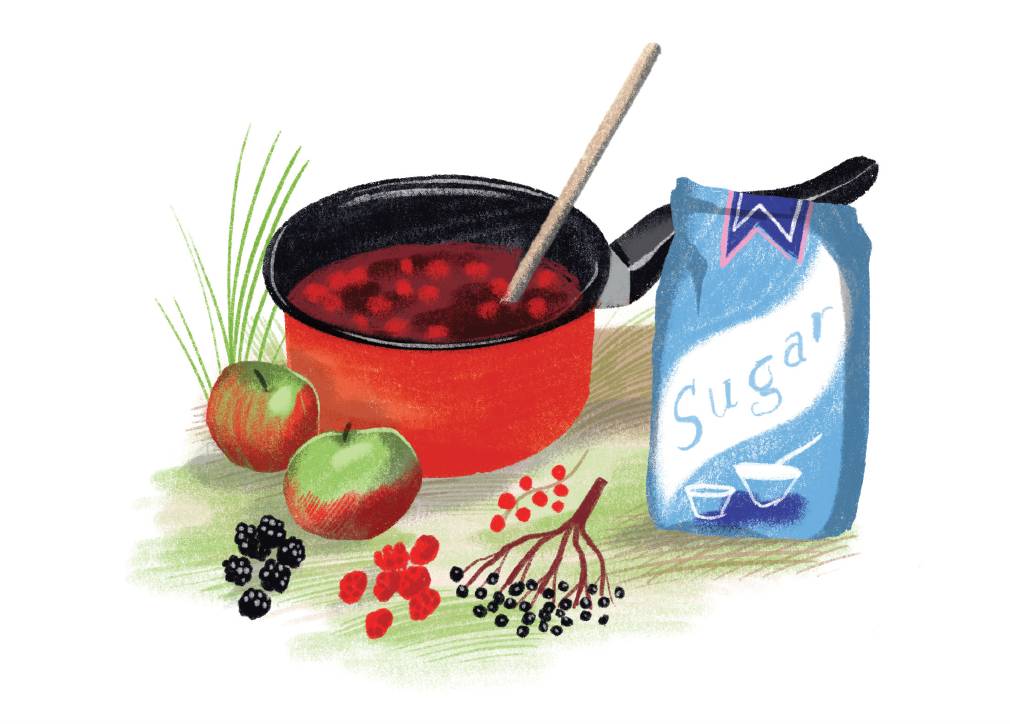