We are delighted that Around the World in 80 Plants has been shortlisted for the prestigious Waterstones Book of the Year and most recently won The Times Book of the Year. A huge congratulations to Jon and Lucille!

To get you into the festive spirit we're taking you on a trip around the globe with some Christmas extracts from Around the World in 80 Plants by Jon Drori and beautiful, botanical illustrations by Lucille Clerc! 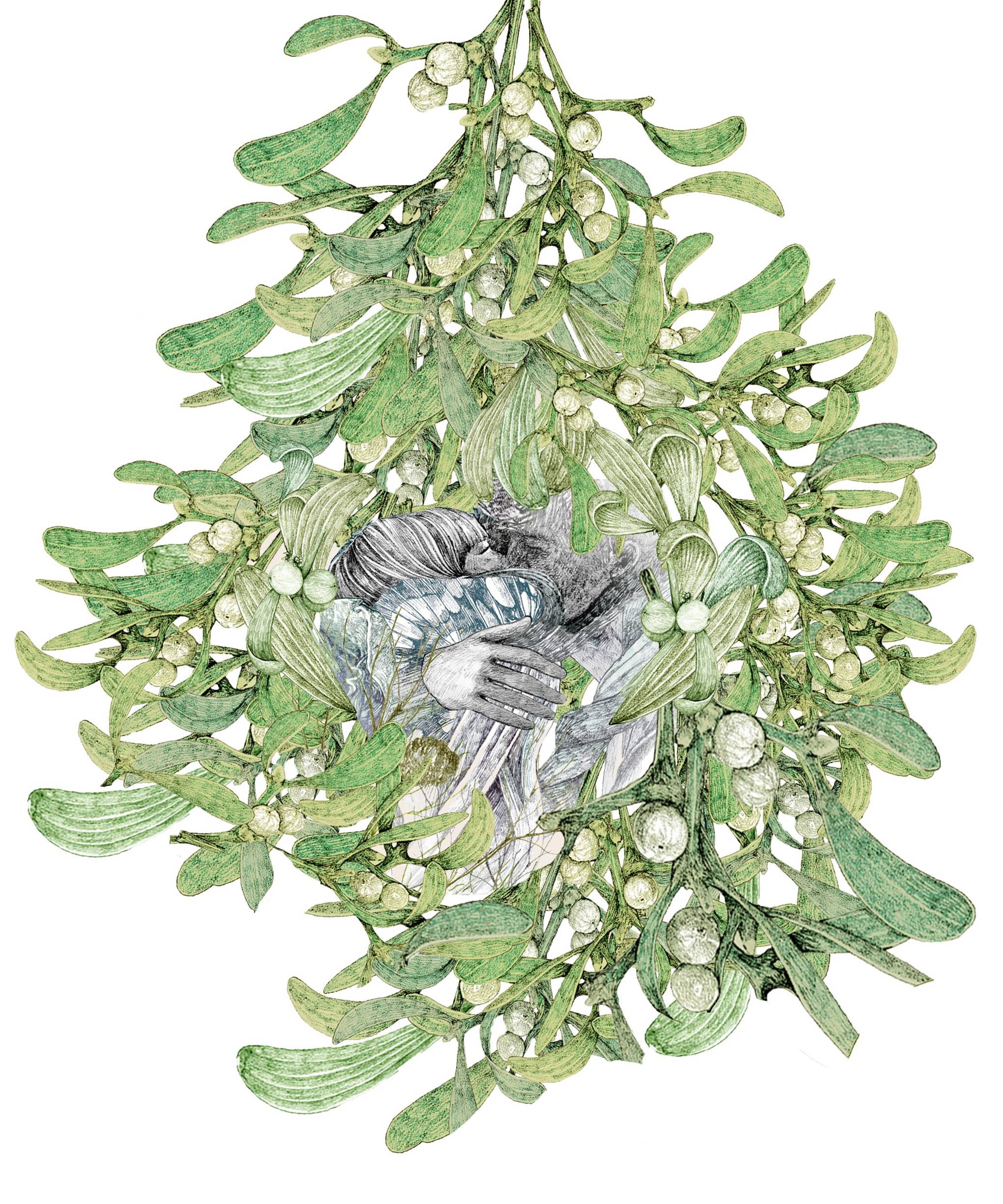 Bundled like birds’ nests, mistletoe is conspicuous in the cold months, when the trees it festoons in northwestern Europe – especially apple, lime and poplar – have lost their foliage. Cocking a snook at winter, the sturdy twinned leaves retain the fresh green of spring, while the fruit, colourless and temptingly translucent, yet toxic to us and our pets, is valuable food for birds.

Blackcaps tuck into the fruit but don’t ingest the single seeds, which are surrounded by a layer of viscin – a glutinous, sticky stuff that adheres to their beaks. Painstakingly, they wipe them off on branches, often scraping the tree bark as they do so, and sometimes they jam them into crevices. The mistle thrush, which takes its name from the plant, swallows the seed whole and deposits it at its convenience, usually in a regularly used latrine area, with stringy threads of viscin still attached. Blundering into a tangle of such smelly material dangling from low branches is one of the true joys of outdoor life.

With its uncanny winter fertility, mistletoe has been associated with human fecundity since the ancient pagan and Druidic festivals that pre-dated Christmas and New Year festivities, and it was only a short step from there to becoming a porte bonheur – a good-luck charm. Today, mistletoe is a whimsically sought-after seasonal decoration, but is rarely hung in churches because of its pagan associations. The tradition of kissing under mistletoe probably originated in Britain, whose reserved people were perhaps in need of the social permission that it afforded, and where it is now the boon, or possibly bane, of many an office Christmas party.

Every December, Nuytsia lives up to its common name. In full bloom the tree is a vivid beacon lit in golden orange. Each fragrant spray of flowers bears dozens of individual blossoms, dazzling sunburststhe shape of sea anemones. Copious pollen and nectar attract insects and the birds that pursue them, while the foliage feeds kangaroos and wallabies.

A compact tree, Nuytsia is vibrant, brimming with life, but growing on arid and infertile soil in southwestern Australia, it also seems amazingly unlikely. Its secret is that it’s the world’s largest parasite, a freeloader
that hunts for water and nutrients, and bleeds them from its neighbours.

When they sense the right substances in the roots of a host, the Nuytsia grows a doughnut-shaped haustorium around its target, like a wedding ring. Within the ring, it then creates miniature hydraulically operated secateurs, with sharp, woody blades that sever the roots of the host. Nuytsia attaches its own root system to the host plant and the heist is complete. By coincidence, the same chemicals that trigger it to attack are present in various plastics. With a nod to science fiction, Nuytsia has been known to seek and sever buried telephone wires and cut the insulation of electric cables, a tiny redress of the balance of power between humans and plants. 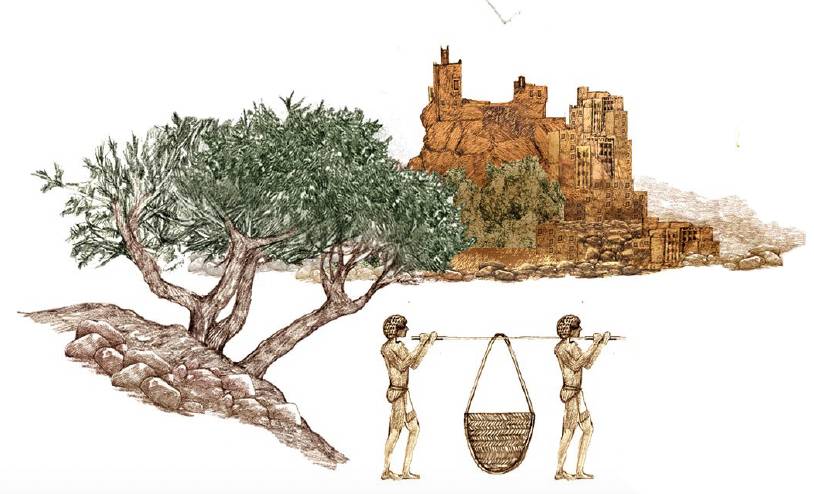 The scrubby, gnarled myrrh tree is well adapted to the rugged deserts of the Arabian Peninsula and the Horn of Africa. Its scanty leaves, small and waxy, reduce water loss, and sharp thorns protect it from herbivores. Beneath its bark’s papery and peeling surface, the under-bark contains special ducts that store another safeguard: a sticky, translucent, yellowish blend of gum (which dissolves in water), scented resin (which doesn’t) and oil. If the bark is damaged, the tree oozes this mixture to deter, engulf or at least clog the mouthparts of insects, such as termites. It kills bacteria and fungi and seals wounds from infection, solidifying in the air to a dusty reddish-brown. Trees can be encouraged to exude even more by having incisions made in their bark, and the hardened lumps are the valuable myrrh of current commerce. (The myrrh of the Bible is thought to be a separate, though similar species, Commiphora guidottii, from Ethiopia and Somalia.)

Five thousand years ago, camel caravans brought the biblical species of myrrh to Egypt, where it was used for preparing and embalming bodies. The Old Testament refers to its use as incense, and to its aphrodisiac and fragrant qualities. In the Book of Proverbs, myrrh is the scent of harlots, although in the Song of Solomon it is for lovers (as is everything else in those verses). In the Christian tradition, myrrh, with frankincense and gold, was a fitting and expensive gift from the Magi to the infant Jesus. Myrrh is still used in perfume, for religious incense and for reassuringly astringent antiseptic mouthwashes – myrrh means ‘bitter’ in Semitic languages.