We asked wife-and-husband writing duo, Charlotte and Peter Fiell, to share some of their insights and experiences while researching their brand new tome on Contemporary Chinese Furniture Design.

Please introduce yourselves to our readers in a few words.

PF: As a husband-and-wife team, we have co-authored around sixty books on all aspects of design – from monographs on architects and designers to national design surveys and books on theory. We have also curated a variety of design-related exhibitions, delivered numerous talks and lectures around the world and guest taught at various institutions. We are both fascinated by how design has shaped society and the power it has to change the world for the better if it is used intelligently.

You’ve previously collaborated on other projects; do you tend to discover new things about each other every time or has the process become rather familiar?

CF: I don’t think we learn anything new about each other, but we certainly learn a huge amount about the subjects we engage with. That is one of the best things about our job: you get the time to really delve into a subject, which ultimately increases the pool of knowledge from which you can tackle other subject areas.

What inspired you to write a book on Chinese design?

CF: If you write about design, it is obvious that China is where all the action is at the moment. In fact, ten years ago – when we first visited China – we realised that we had to get in there, as that was where we could potentially make the biggest difference through our work. The world is a very interconnected place and what happens in terms of design and manufacturing in China has huge implications elsewhere, especially in terms of environmental impact. Throughout our careers we have always tried to promote the concept of ‘good design’ and explain its core values. It is that message we are hoping will capture the imaginations of both designers and manufacturers in China. In fact, there is already a cohort of very smart Chinese designers who are beginning to plough a new course in design, which can be seen as a type of reform, as we discovered when researching for Contemporary Chinese Furniture Design. 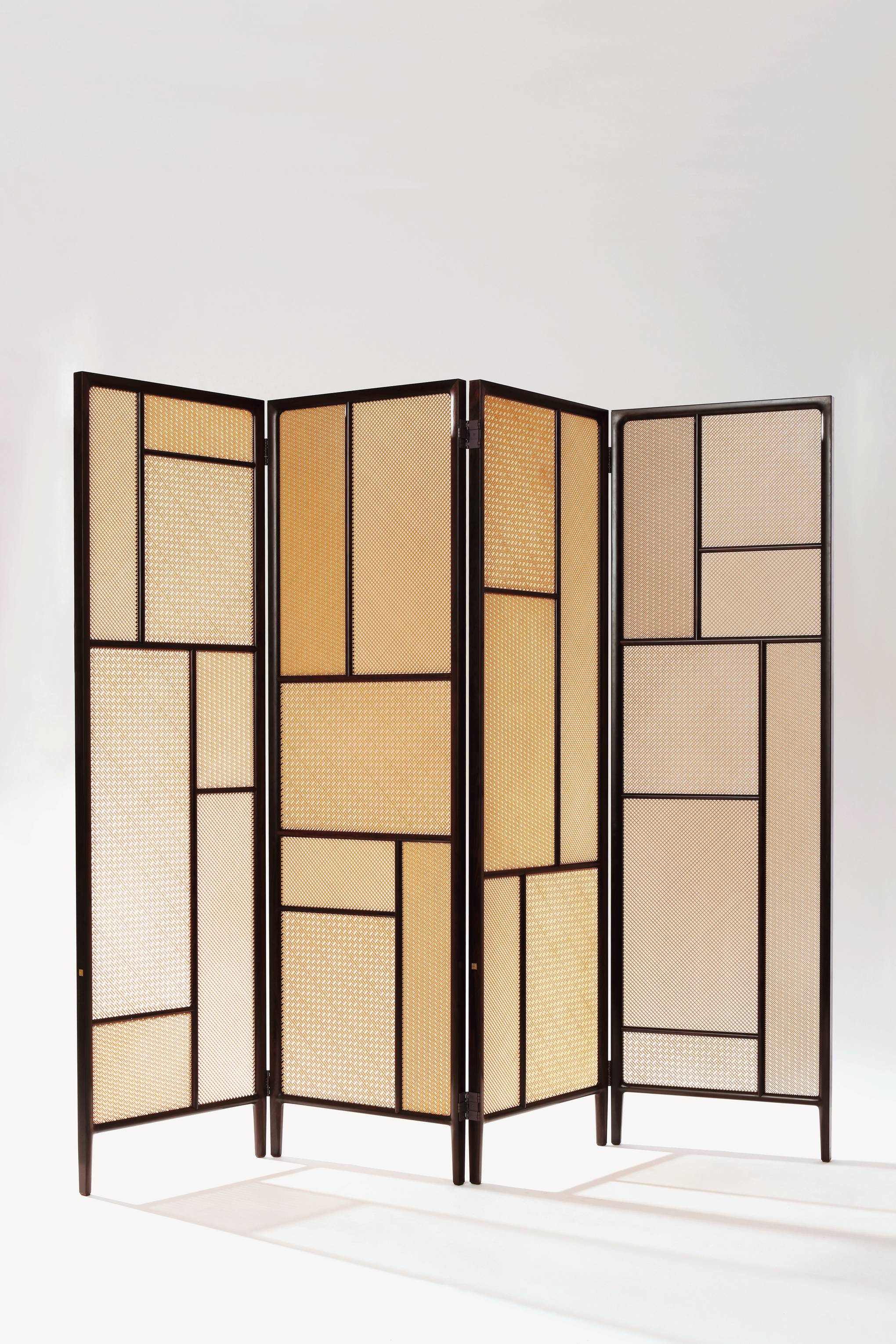 What areas of design are most prevalent and innovative in China at the moment?

PF: Chinese furniture design is probably the most high-profile area in terms of innovation at the moment, but the ‘New Chinese Design’ approach is making in-roads into other disciplines too, from ceramics to textiles and graphics to architecture. We also visited an exhibition at the Chinese Academy of Art in Hangzhou last year, which was related to a Chinese industrial design award and some of the consumer electronics we saw there were pretty mind-blowing. On our travels we also met an industrial designer who had created an extraordinary spider-like robot that was rather cool. Given that China is one of the leading developers of AI technology, it is highly likely that it will be at the vanguard of a smart-machine industrial design revolution. 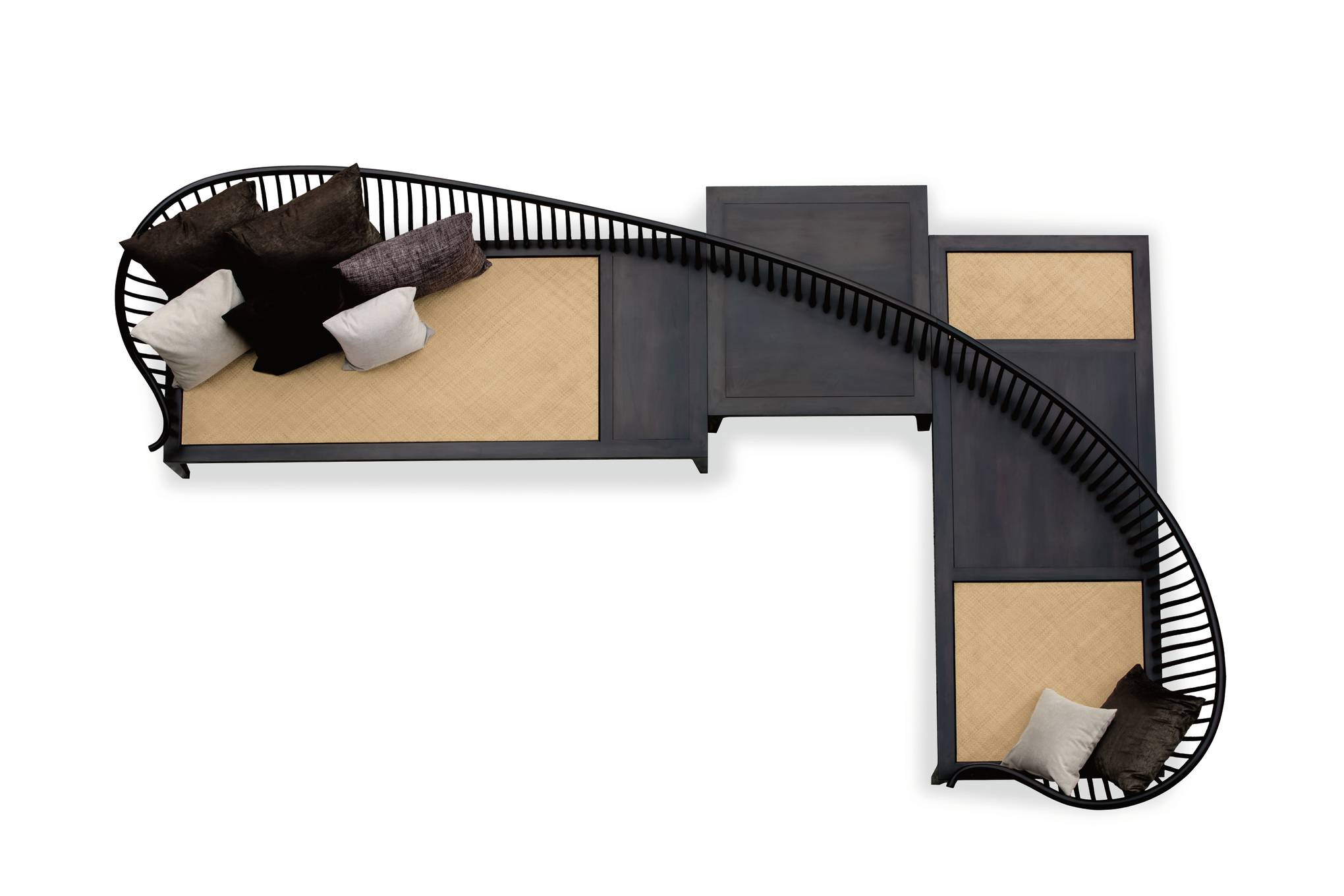 Chaise, Work No 32
From Zan Zhi - In Praise of Rectitude series by Jerry Chen for Chunzai, 2012

What is the historical background of Chinese design and where does it currently sit in a worldwide context?

PF: The historical background of Chinese design is completely awesome. We are talking about a 5,000-year old culture of design innovation and we in the West are only now starting to discover that key design ideas such as standardization, quality control and component interchangeability were pioneered in China literally thousands of years before they were implemented in Europe and America. But more than this, it is only now that Chinese designers are beginning to look back with pride on this wonderful design legacy, which they can endlessly draw inspiration from. As for where Chinese design is at currently, we have identified that it is undergoing a reform, which is coming out of a Sino-centric Arts and Crafts revival – much like modern design in the West was born out of the British Arts and Crafts Movement a hundred years ago. This is hugely encouraging and we are really proud to perhaps be the first Western writers to document this new and exciting movement. 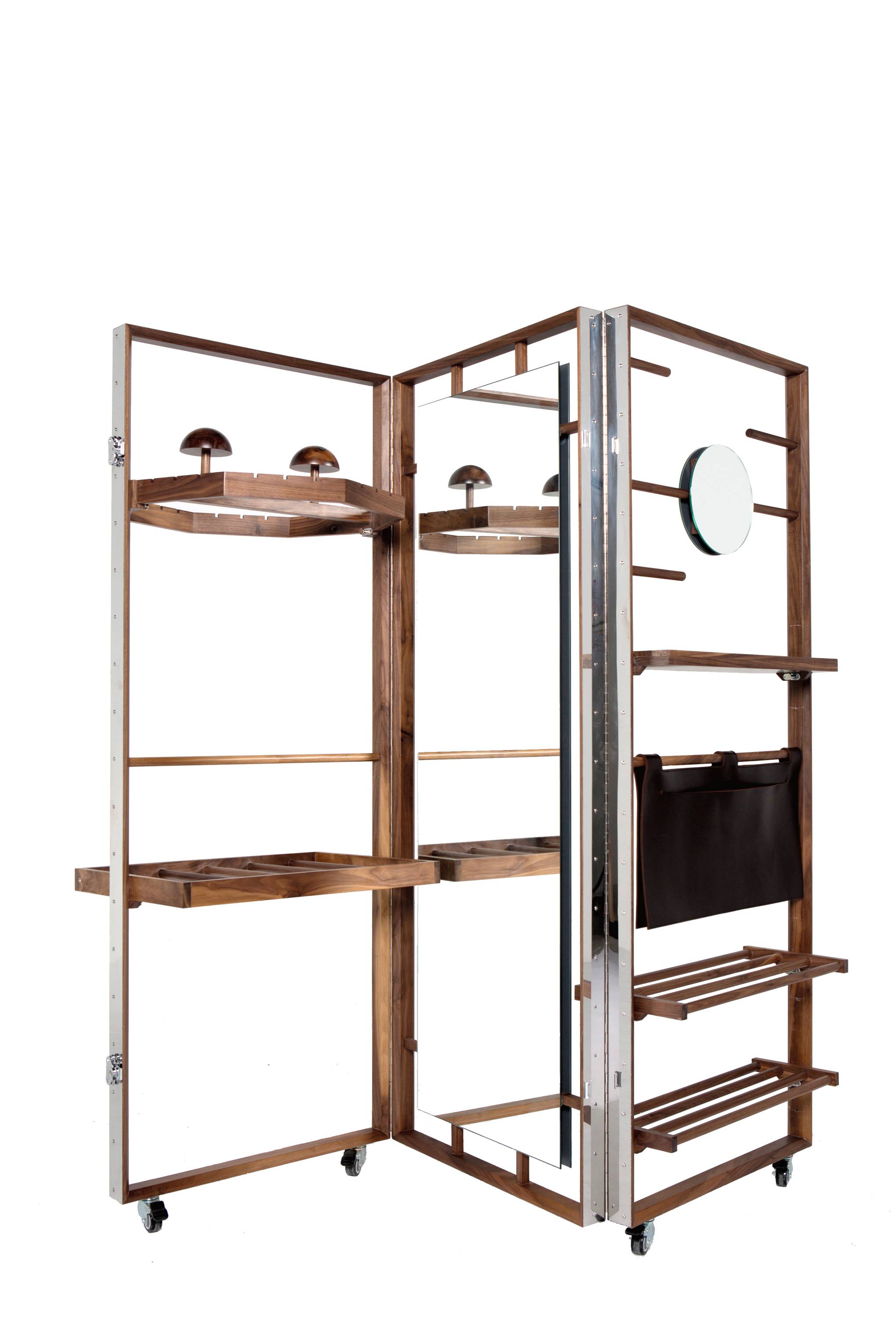 The Cloth Valet Storage Closet from the Crate series by Li Naihan for Gallery ALL, 2014

Do you think its emergence in our global world has a direct social and political effect on China and its people?

CF: The fact that contemporary Chinese design is being recognised and celebrated on an international level is a very positive thing for two reasons. In the first instance, it inspires real intelligent design innovation within China and, secondly, it makes China look outward and become more engaged with the rest of the world. It helps create dialogue and understanding, and that is ultimately a very good thing. 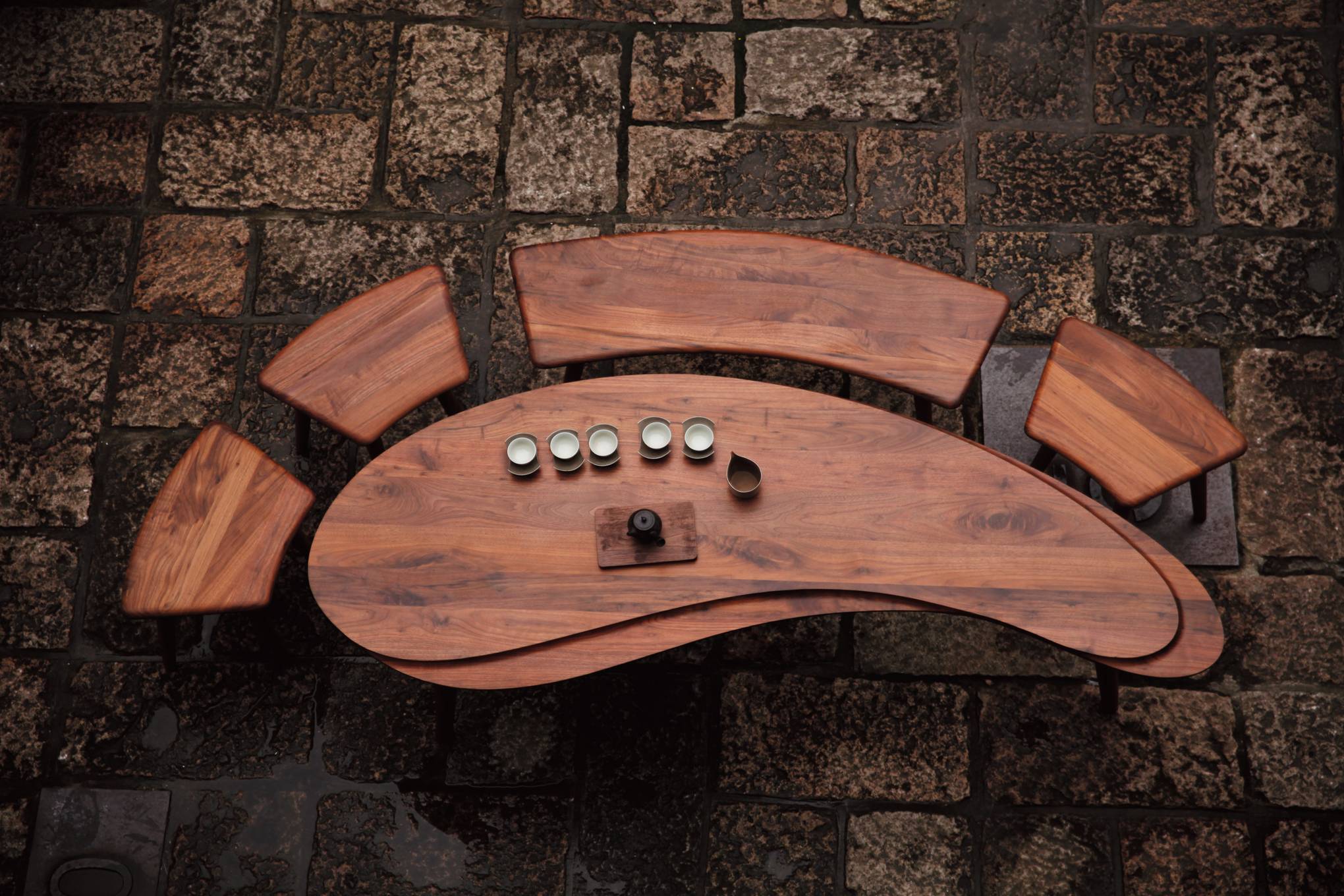 Please tell us how you went about undertaking this big task. Was it mostly through reading other books on the subject or did it involve primary research too, such as travelling to China, interviews in situ etc?

PF: I would say ninety percent of the book was actually based on primary research, which involved travelling across China visiting a wide variety of studios, showrooms, factories, museums and even some private residences to interview the key designers who are driving the ‘New Chinese Design’ movement. We also attended the enormous Furniture China Expo held in Shanghai every September and its founder and organizer, Mr Wang Mingliang, was instrumental in helping us connect with the right people – whether it was academics, designers or manufacturers. The research for the book was a huge undertaking, but such a wonderful learning experience for us as design writers. We met so many extraordinary and incredibly smart individuals doing innovative things who are utterly passionate about the power of design to transform lives. The creative vitality and can-do attitude we encountered among China’s leading designers was really heartening and certainly is going to transform what made in China will mean in the future. 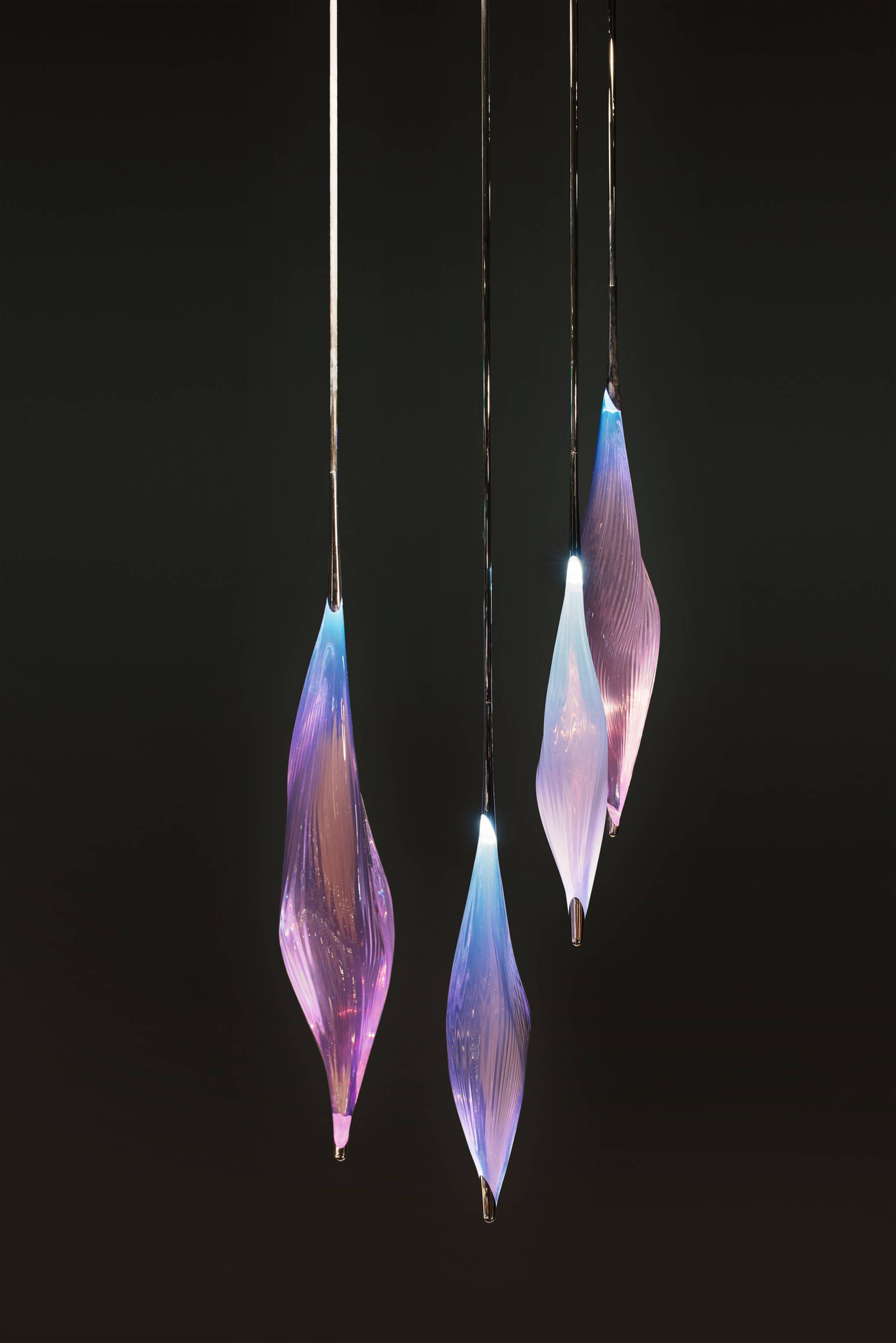 MAD Martian Suspension Lights by Ma Yansong for Gallery ALL, 2017

Could you please share with us any interesting things, facts or people you discovered while working on this book?

CF: Wow, that is a huge question. We discovered so many things during the research of this book. I think, however, the one thing that really struck us was just how central the concept of family is in China and how the connections between generations and the solidity of the extended family really strengthens Chinese society – this is something we seem to have lost in the West and it is a great shame. This reverence for family is ultimately displayed in various ways in the design of Chinese furniture, where for example sharp corners are generally eschewed in favour of rounded forms so that young children or the elderly won’t get hurt bumping into them. We also have a lot to learn from Chinese scholar culture in terms of contemporary wellbeing and lifestyle design, but that’s the subject of a whole new book…which we are already working on. 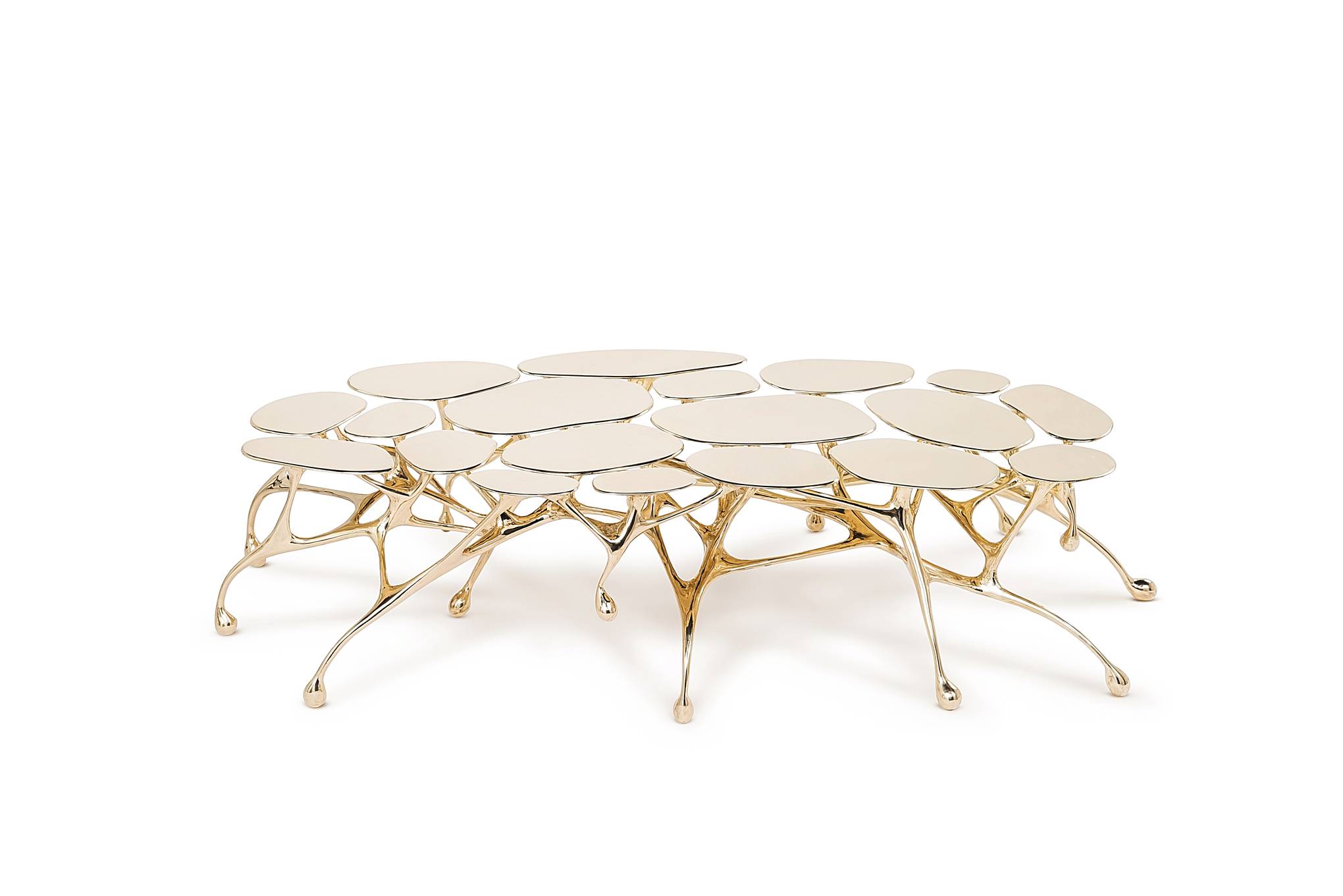 Walking Coffee Table by Tan Zhipeng for Mán-Mán Design, 2017
Back to blog