Ways of Being is an art book with a difference. Exploring the various stages of an artist's life, author James Cahill has created an anthology of advice from the great and good of the art world, which makes for fascinating reading for artists and the artistically curious alike…

How to be an artist? It seems an unanswerable question. The life of an artist rejects convention, lies apart from orthodoxies. There are no rules – no ways of being an artist. Or so we like to think. But the image of a life beyond the mainstream – which may be a fantasy of non-artists as much as an artistic pose – is not the whole story. Artists’ lives, too, follow patterns. They strive towards milestones, hitting or missing them.

Art school, first shows, career setbacks, career pinnacles, hard graft and stagnation – these are just some of the stages and states of an artist’s life. The interviews in this book trace these and many other moments, showing that there is no single route to becoming an artist (or, for that matter, remaining one). This book is not a ‘how to’ guide. Instead, it brings together multiple experiences, assembling fragments like a mosaic. It is a catalogue of possibilities and precautions, anecdotes and observations. Most of the artists interviewed for the project give an account of ‘how I did it’, rather than ‘what you should do.’

‘The only rule in art is genius’ Larry Poons

The accounts in this book have been divided – anthologized – into a ‘story’ that progresses through some of the stages of an artist’s life: childhood, art school, fledgling careers, the struggle or breeze of ‘keeping going’, and the prospect or reality of old age. The material has been gathered primarily from new interviews with artists, conducted in person or by phone. There is an emphasis on British artists – the book is partly the story of London’s art scene, and how that scene has changed over the past 40 years.

‘I have come out as many things, but coming out as an artist was one of the hardest’ Jesse Darling

But the scope of the book also spirals outwards in time and place. The new interviews are interspersed with snippets from the art press, books and academic archives. These feature some of the giants of the modern European canon (from Rodin to Picasso) as well as older stories – reverberations of ‘the long call from antiquity’, Francis Bacon called it, such as the writings of the ancient art historian Pliny the Elder. The result is an eclectic, shifting, disjointed array of voices – a dissonant chorus.

‘When you leave art school, it’s like falling off a cliff into nothingness’ Fiona Rae

Within it is much practical information for the aspiring artist, as well as philosophical advice: getting a studio, the role of artistic peer groups, economic survival, the benefits of having a gallery, the importance of not selling out. Then there is the matter of how it feels to create and destroy, succeed and fail. As the book progresses, certain accounts recur and develop, while elsewhere we receive only a momentary glimpse into a given life, at a given moment. In addition to the artists’ testimony, the book features contributions from two art world insiders – a contemporary dealer and curator.

The aim of Ways of Being is to bring together voices of innocence and experience, perhaps with a stress on experience. In an art world where youth is worshipped and adored, this book celebrates those who have been in it for the long haul, and who have survived the fluctuations of fashion and taste. 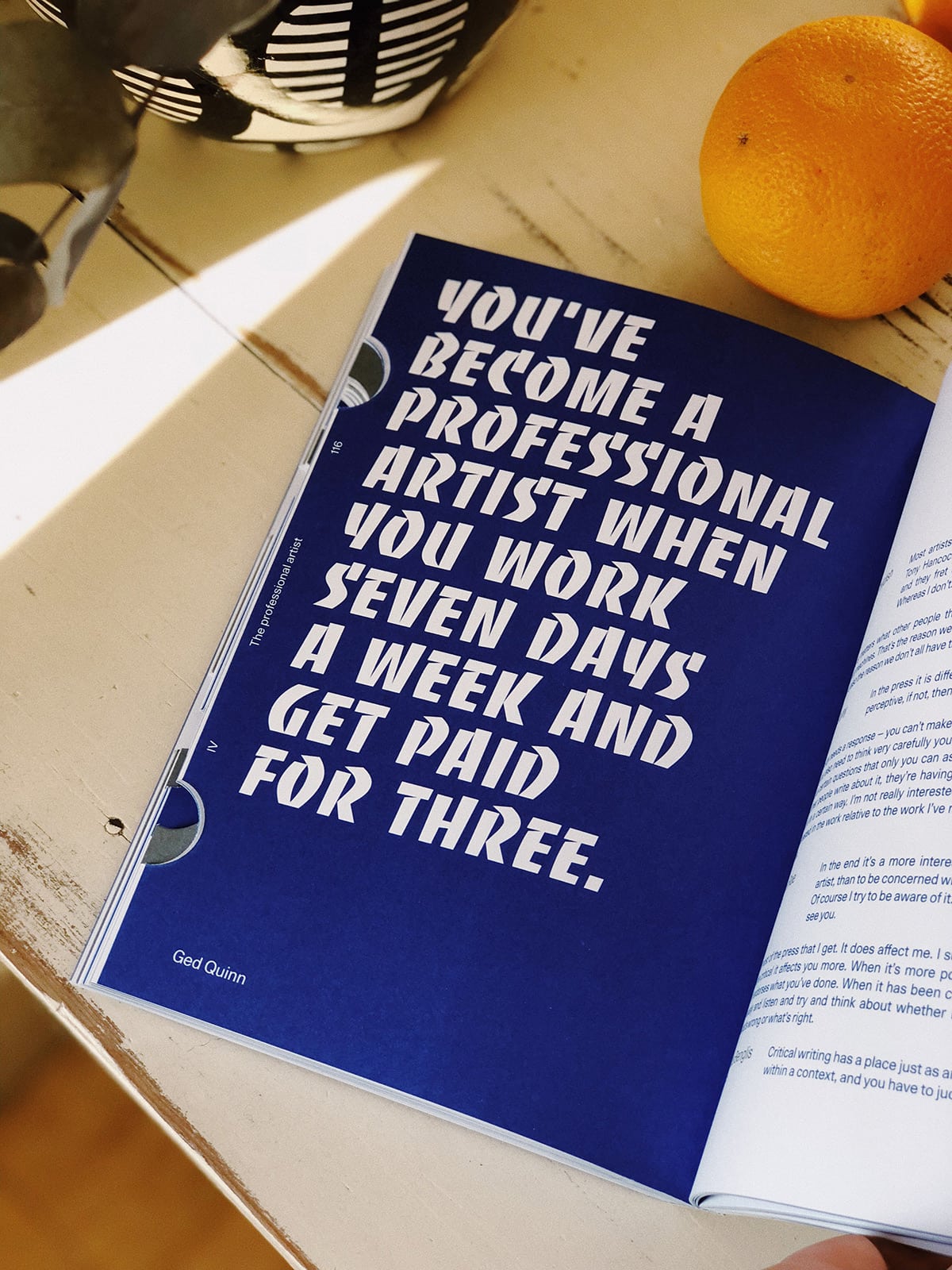