To celebrate the launch of LKP's intriguing new book The Maze: A Labyrinthine Companion, Commissioning Editor Sara Goldsmith asks: “What's so great about getting lost?”

When you’re faced with difficult problem, how do you proceed? Do you dive straight in, grappling with the first thing that catches your notice? Do you look backwards and wonder how this particular path brought you at this particular moment to this particular dilemma? Or do you look for a lofty viewpoint from which to survey the whole of the issue?

Three recently published books on mazes and labyrinths – one of which I had the twisted task of editing – are excellent examples of these three different approaches being applied to the same subject. But why are there several books about mazes being published now? Why are mazes suddenly having a moment?

What’s so amazing about mazes, anyway?

Follow This Thread, by Henry Elliot, takes the dizzying plunge: the text is arranged into intertwining stories that literally follow the thread of the linear red illustrations, compelling readers to rotate the book (or, I suppose, themselves) as they go through it. One consequence of this unusual layout is (at least for this reader) to be occasionally confused about whether to turn the page to the right or left, to get it wrong, and to have to backtrack: an experience with a keen similarity to maze-walking.

The Red Thread, by Charlotte Higgins, looks at first like a more conventional narrative, in which the author recounts her childhood fascination with the maze at Knossos, a preoccupation that turned her towards the classics. But this book, too, is broken into short segments of text that often only obliquely connect to each other. Characters presented as real people are first suspected, and later confirmed, to be fictional. Artworks are closely scrutinized before being revealed as rather imaginative restorations. Things are generally as they seem – but not always, and not completely. 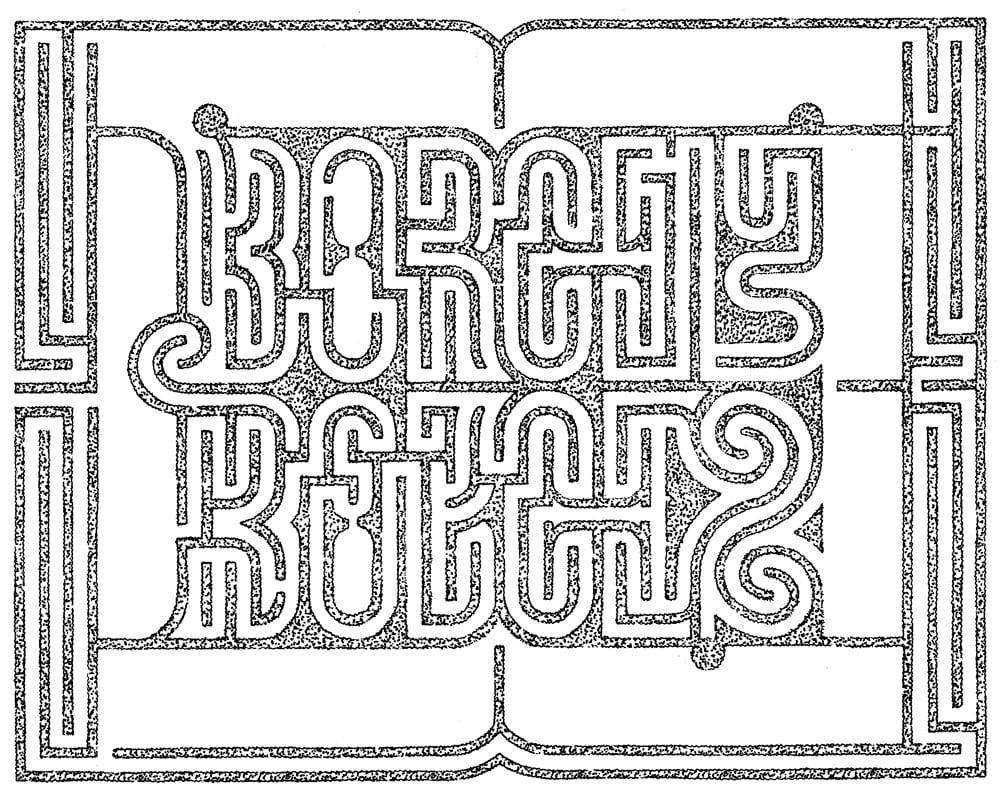 The third book, Maze: A Labyrinthine Compendium, is one that I know – so to speak – from the inside out. An alphabetically organized tour of mazes around the world, it is less maze-like in its structure than the other two, less personal and more expansive. The mazes were chosen so that no two have the same layout. Each has a description. Maps give locations. Scale rules give a sense of size. Building materials are listed too: mosaic, turf, stone. The text, by garden writer Kendra Wilson, pays particular attention to the many mazes coaxed out of box, cypress and other living materials. Detailed illustrations by Thibaud Hérem present the plan for each maze alongside a characteristic detail. It’s a survey and a guidebook: less a personal journey on the part of the writer than an invitation for the reader to craft one of their own.

It is not only in these three books that mazes are having a moment: they seem to be popping up across other media too. In Westworld, the flashy, violent TV series about robots, cowboys and consciousness, a mysterious maze taunts several of the characters, appearing in mysterious and often gruesome ways. In the nonfiction S-Town podcast, the central character, John B. McLemore – a tortured clock restorer who may or may not have hidden a fortune in gold on his property – has half-grown, half-built a hedge maze with adjustable wooden gates that allow it to be reconfigured. The ingenious, complex and isolated maze is a potent image in the ultimately very sad story of the protagonist, who at one point compares himself to another, imaginary lost-soul maze-builder in the Iraqi desert, constructing a maze out of sand that disappears as fast as it can be built. 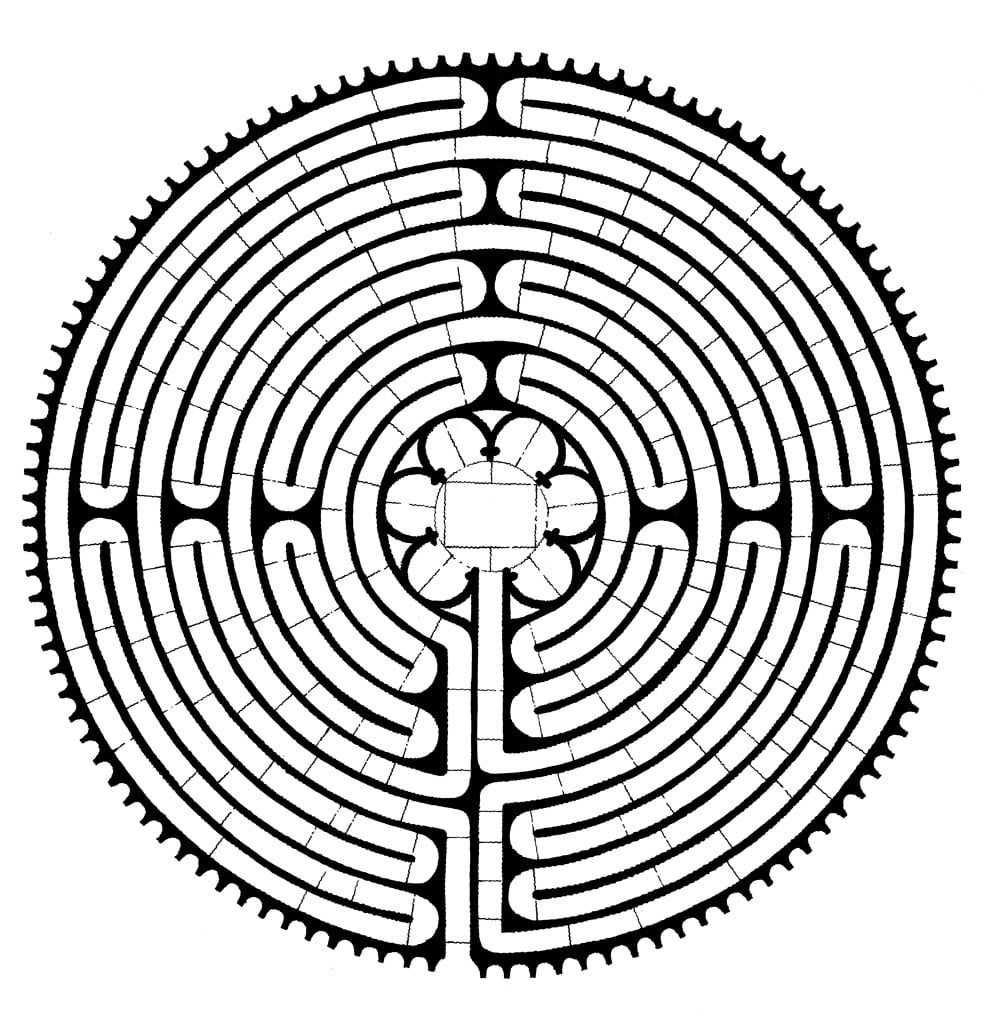 In these cases, the maze is a symbol with sinister or melancholy overtones, a metaphor for something that’s always just out of reach. But mazes, and their slightly less disorientating cousins, labyrinths, are also currently popular for very different – indeed, almost totally opposite – reasons. (This might cause you to wonder: what exactly is the difference between a maze and a labyrinth? As Kendra notes in her introduction, mazes have multiple branching paths, whereas labyrinths only have one route. Thus it is possible to be lost in a maze, but not in a labyrinth – although, as Kendra also wisely points out, this is a distinction in English, but not in many other languages).

Mazes and labyrinths are both, in many ways, metaphors for the kind of thorny dilemmas we face every day…

Lauren Artress, the Reverend of Grace Cathedral in San Francisco, which houses both indoor and outdoor replicas of the labyrinth at Chartres Cathedral, started the Veriditas organization in 1995 in order to spread the non-denominationally spiritual practice of labyrinth walking. To participate in this modern labyrinth movement, you prepare a memory or thought, and then try to quiet your mind and focus on your breath as you walk in to and then out of the labyrinth, usually slowly, and hopefully experiencing some combination of well-being, healing, calm, excitement or peace on your way. (Some people do this ‘walking’ with their fingers, through clay, sand or printed labyrinths: if you think this sounds interesting, Maze: A Labyrinthine Compendium provides ample opportunity to try it.)

Mazes and labyrinths are both, in many ways, metaphors for the kind of thorny dilemmas we face every day. They arouse our interest, then demand our attention, but in return they give us back entertainment, a chance for reflection, and occasionally even a taste of enchantment. In a world that sometimes seems to be composed of nothing but difficult problems, is it any wonder that we are drawn to miniature, solvable versions of this everyday, often infuriating experience? Faced with a maze, we can test out whether rushing into a problem, pondering its history or surveying its extent works best for us. Maybe best of all, we can walk in with the knowledge that we will always be able to walk back out again, with nothing worse than muddy shoes or a spooky story.

Wouldn’t it be great if that was the case for every problem we encountered? 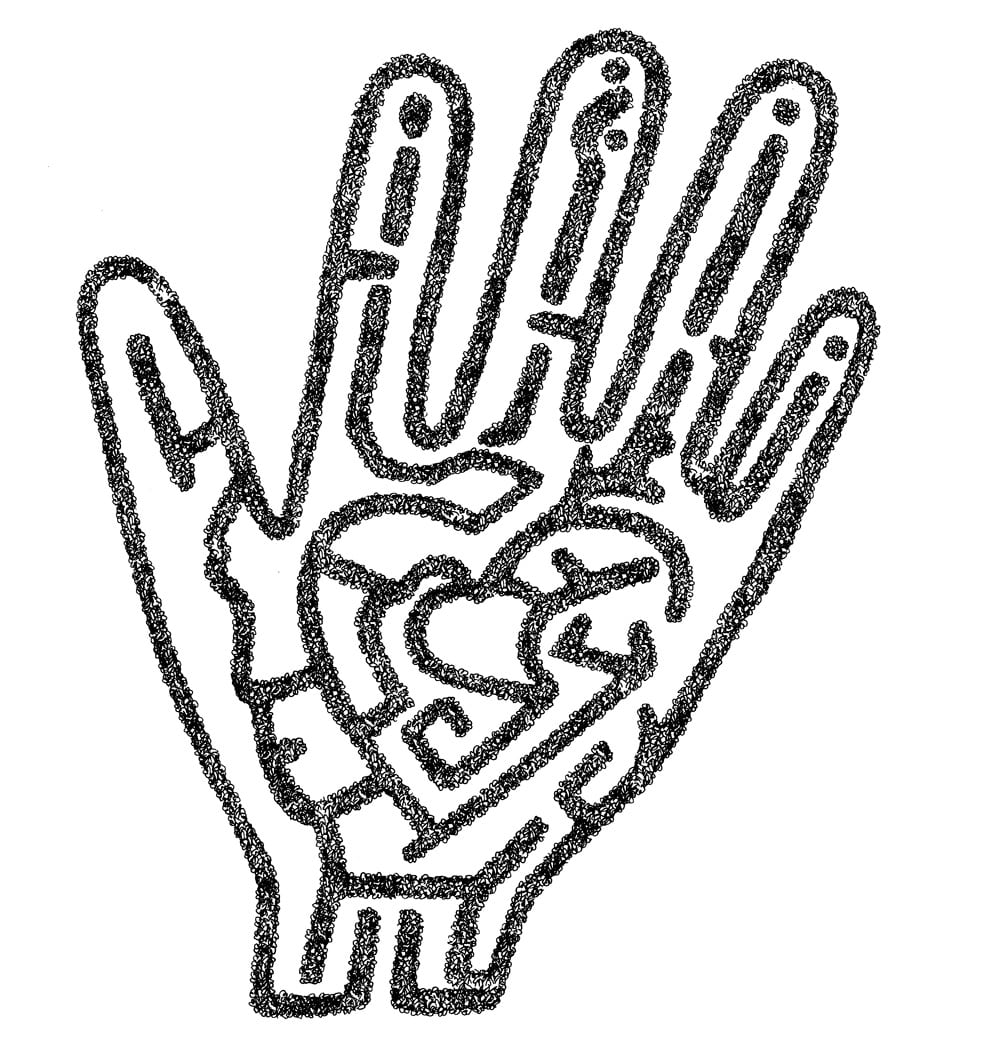 To find your own favorite maze, check out The Maze: A Labyrinthine Compendium, published on Monday 24th September.