Piet Mondrian and the
Joyful Freedom of Homage

The iconic work and visual theories of Dutch artist Piet Mondrian inspired a cascade of tributes that began at the turn of twentieth century and trickles on to this day.

During WWI and the years that followed, Mondrian consolidated a set of visual rules that he felt could bring about a state of heightened consciousness with one's experience of everyday life, through the symbolism of lines and references to mathematical constructions in nature.

Along with three contemporaries in the De Stijl movement, Mondrian developed the concept of neoplasticism, which provides a basis for the pared back visual elements in his most famous works of art.

Neoplasticism: A style of abstract painting aiming to free art from representing a momentary visual perception and from being guided by the personal temperament of the artist.

Beyond the theosophical tenets that underpin De Stijl and neoplasticism, the public at large responded to the geometry and colour of Mondrian's work on a visceral level and from an array of platforms. Each homage conveys a unique interpretation of Mondrian's aesthetic. Whether they uphold the concepts of neoplasticism is up to the art critics among us!

Below, for your viewing pleasure, is a selection of items borrowing creatively from Mondrian's work and De Stijl.

These references continue to surface in the fields of fashion, architecture and even household appliances three quarters of a century after Mondrian's death.

You be the judge: do they encourage a state of heightened consciousness?

In 1965 Yves Saint Laurent debuted his 'Homage to Piet Mondrian' A/W collection to great approval from fashion press. According to fashion historian Catherine Örmen, author of All About Yves, 'in transposing the art on to the dresses [Yves] applied his own method, giving Mondrian's work an extra dimension: movement. The dresses (...) took on a life of their own on the streets [, which] was very much in keeping with the mood of the 1960s, when art was becoming unprecedentedly democratic'.

By asserting his desire to confront the principal artists of modernism, Yves Saint Laurent helped to popularize the Dutch painter, who was not widely known at the time. 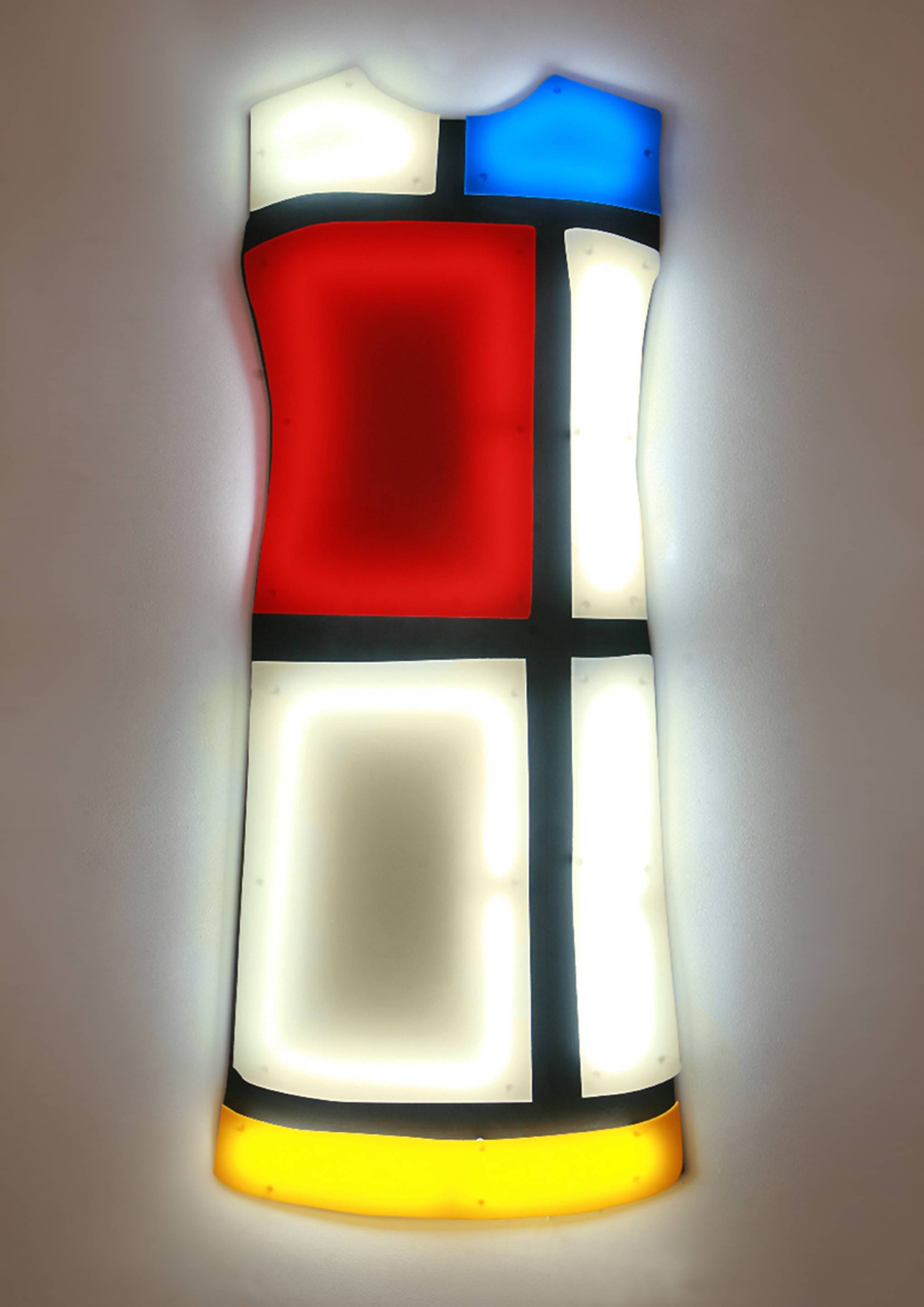 YSL's iconic dresses have become a part of popular culture in their own right. Reinterpreted by contemporary artists, the iconic pattern reenters the art world with a decidedly different set of values. 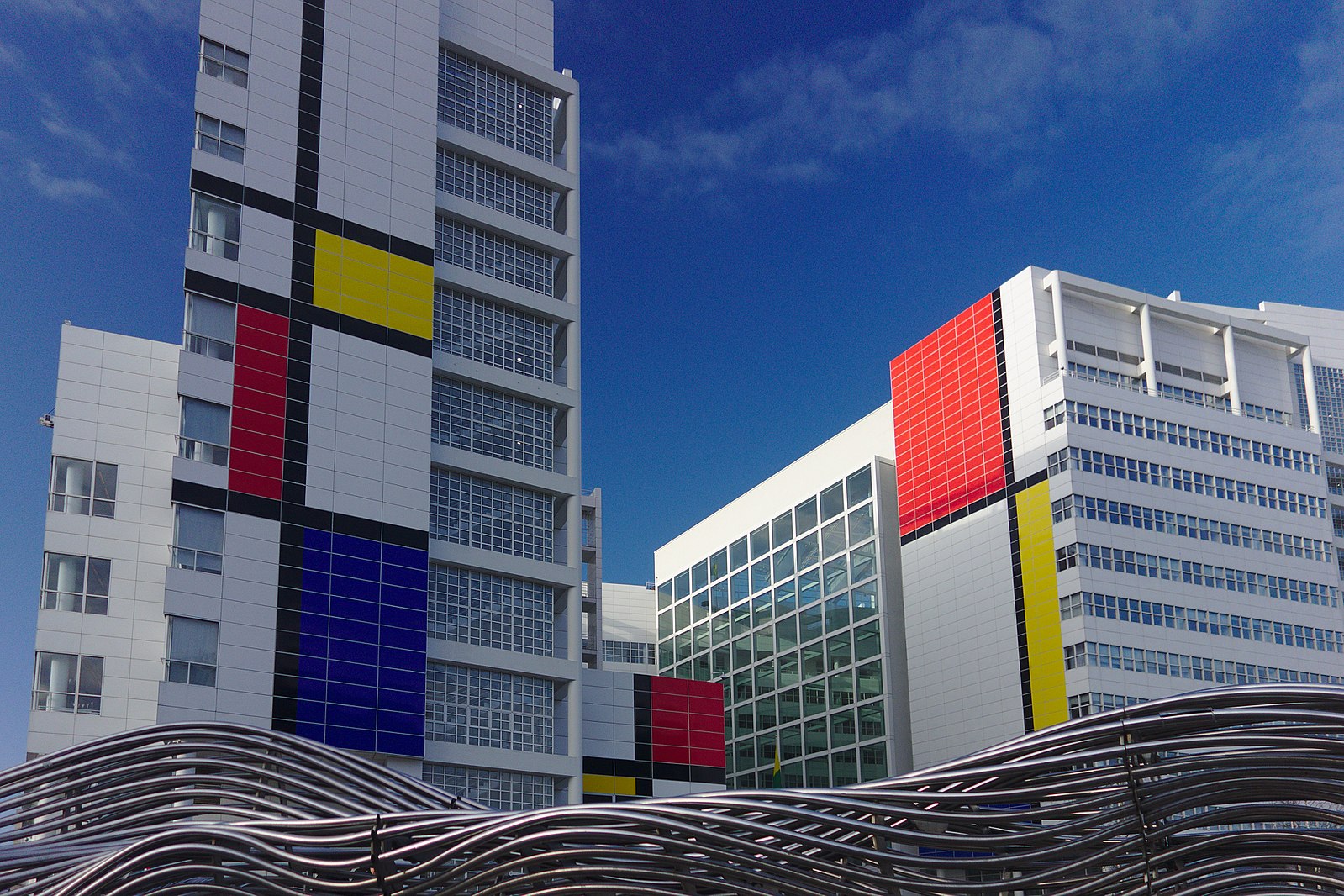 The Hague City Hall, built by American architect Richard Meier, had its white tiles painted red, blue, yellow and black for a year in 2017 to honour the 100 year anniversary of the birth of De Stijl. 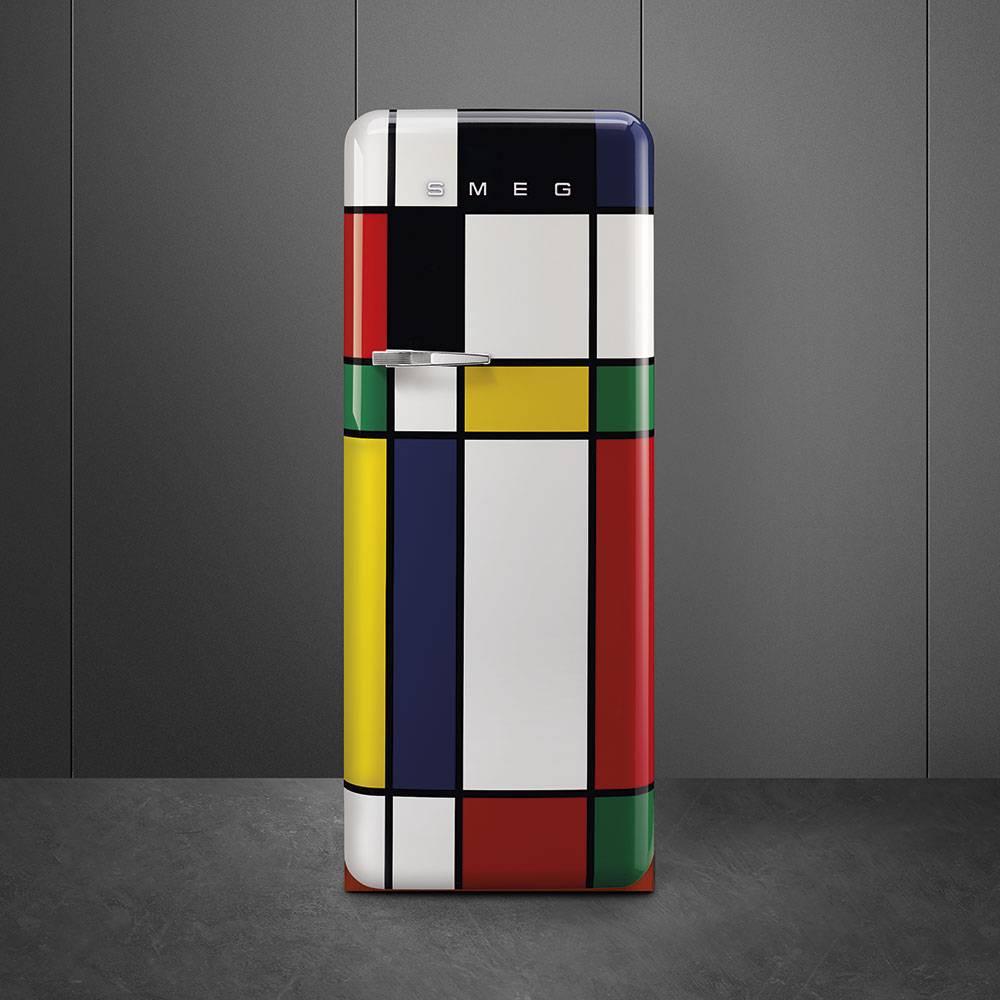 In 2015, SMEG launched their Mondrian FAB28, which was designed in the style of one of the painter’s most popular pieces, ‘Large Red Plane, Yellow, Black, Gray and Blue’, dating back to the 1920's.

SMEG, a brand associated with retro minimalism, appeals to consumers' nostalgia by describing the fridge as having 'a façade that is somewhere between mathematical and conceptual, around which it is easy to imagine an entire home inspired by twentieth century modernist avant-garde'. 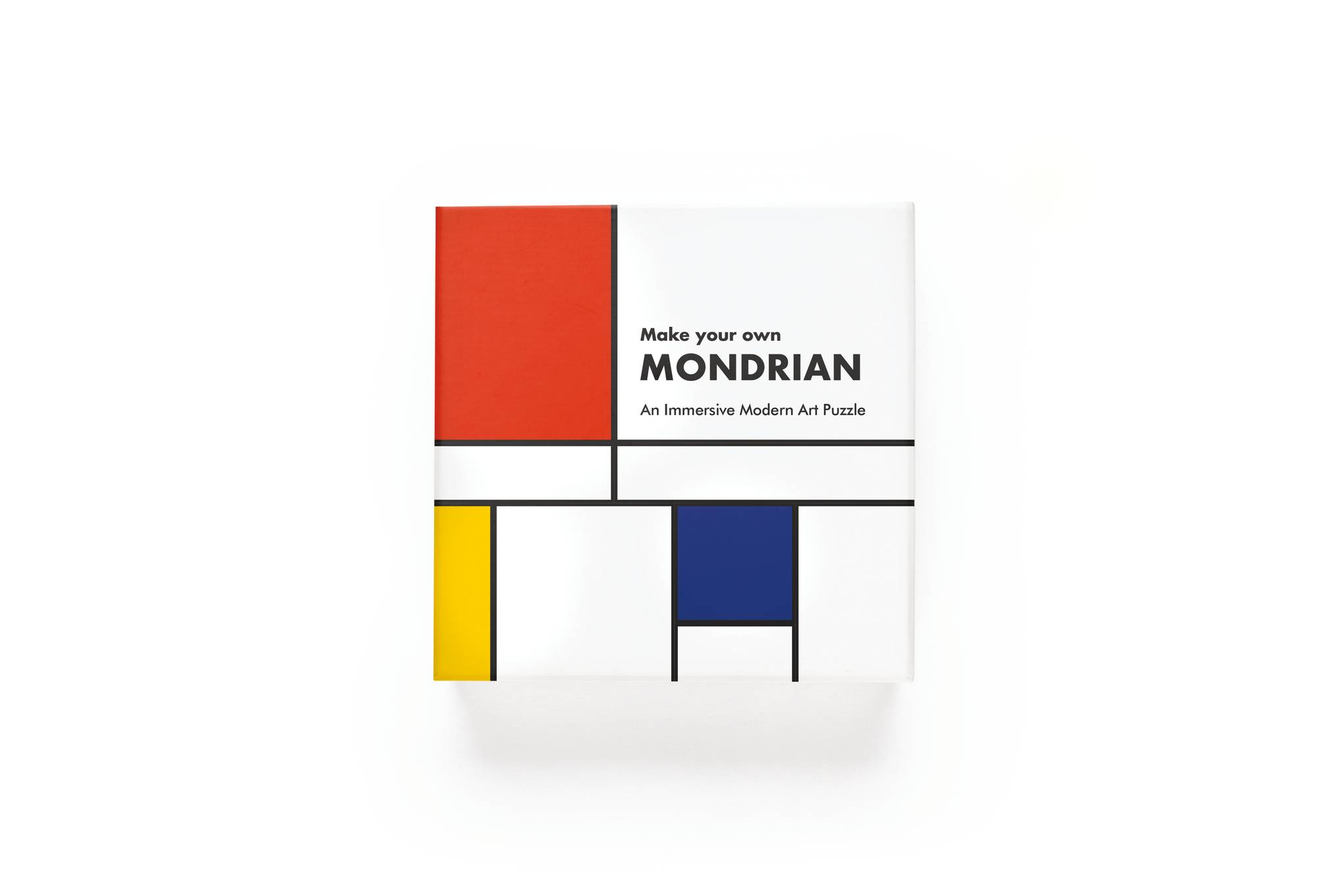 We just couldn't resist either! Henry Carroll, author of the bestselling Read This… photography series, has expanded his portfolio with a somewhat atypical project to add to his repertoire and the Laurence King Gifts list.

Make Your Own Mondrian is a satisfying game of DIY design for fans of Piet Mondrian’s art.

Free yourself from the chains of natural form and colour! Discover universal harmony and the true vision of reality with Make Your Own Mondrian, the immersive modern art puzzle.