Two things in this world can always cheer me up: films and dogs. That’s why I wrote Citizen Canine: The Best Dogs In The Movies, which Laurence King published earlier this year. If your family is hunkered down together during these challenging times, and you’re in need of some inspiration for films to stream, I’d recommend these 10 family-friendly features, some classics for rewatching and hopefully a few picks that you haven’t seen before.

If you’re home schooling, some of these films could count as educational: Dogs can teach us life lessons about loyalty, community and unconditional love. Dogs in the movies can also just do silly tricks, if you’re in the mood to just sit back and be entertained.

The wildly talented Parson Russell Terrier Uggie delivers one of the best canine film roles in many decades in this Oscar-winning film, which is a twinkling tribute to the golden age of Hollywood.  The Dog serves as the companion to silent film star George Valentin (Jean Dujardin), who performs with George as well as being his talented sidekick off screen. Uggie will always be remembered for his magnificent skill with physical comedy. No wonder there was a campaign to get him an Oscar in 2012! 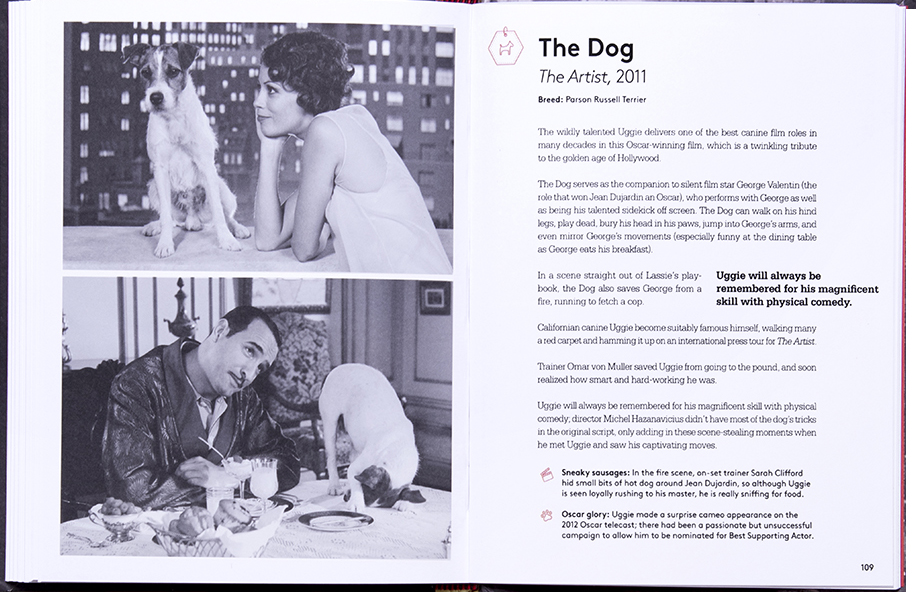 In this starry 1982 musical, the famous orphan, played by precocious Aileen Quinn, meets street dog Sandy when she rescues him from a pack of mean boys. Back at Annie’s orphanage, the girls serenade the Otterhound with his own song, Dumb Dog, which will be stuck in your head for days. Annie loves the mutt so much that when she is offered the chance to move to billionaire Daddy Warbucks’ mansion, she won’t go without her hound. The 2014 remake of Annie (available on Netflix) saw Sandy played by a completely different breed – Marti, a golden retriever-chow mix rescued from a shelter.

No doubt, Babe is the finest talking-animal movie ever made, and maybe even the finest animal movie ever. A whopping 970 trained animals were on the set of this Oscar nominated film, adapted from Dick King-Smith’s classic story. Yes, technically Babe the pig is the star of the show, but Fly the border collie (voiced by the jolly Miriam Margolyes) plays an integral role in Babe’s life as his adoptive mother and sheepherding mentor. That’ll do, pig (and dog). 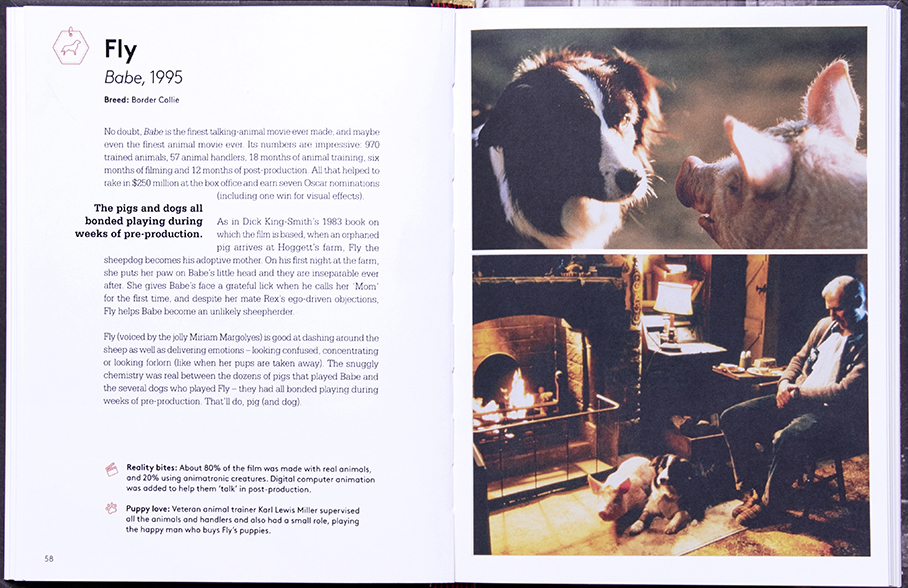 So many films explore boys bonding with their dogs, so it’s wonderful to see a girl and her dog taking centre stage in this sweet 2005 family film. Opal, a lonely 10-year-old girl having trouble making friends in her small town in Florida, sees her world open up after she meets a scruffy Berger Picard in aisles of a supermarket. Winn-Dixie’s grins aren’t CGI movie wizardry; this breed can appear to smile in real life. Who can resist a smiling dog?

Scraps the mutt can match Charlie Chaplin for physical comedy in this amazing 1918 comedy. The title alludes more to Chaplin’s character than the canine; there are poignant parallels between the street dog and The Tramp. It’s no wonder they become inseparable companions, stealing food and evading the cops together. Marvel at such comedy gold before the age of CGI: Scraps is stuffed down Chaplin’s trousers, and hits the dancefloor with Chaplin and his love Edna. 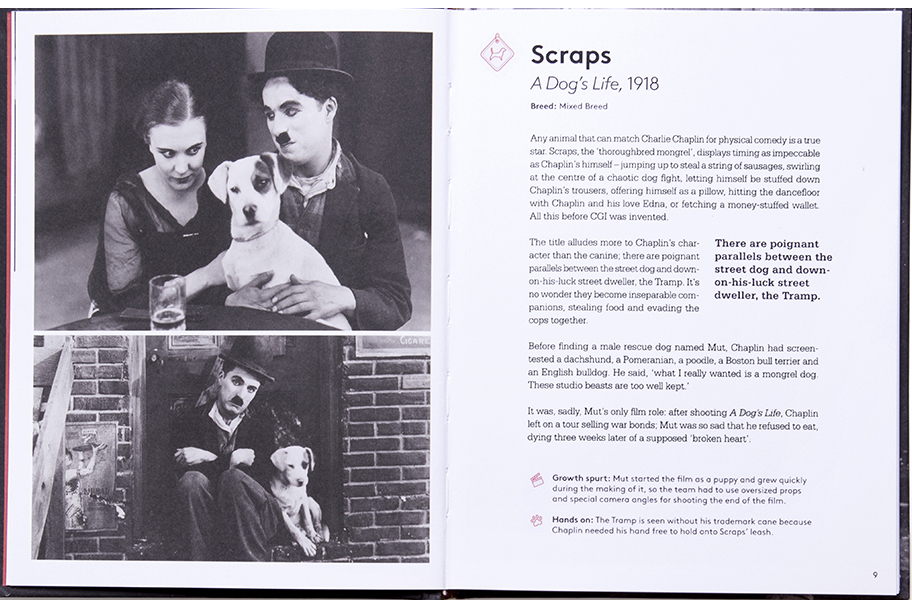 Benji wasn’t just a dog, he was a cultural phenomenon. This shaggy mixed-breed mutt became an icon in 1974 thanks to Joe Camp’s underdog of a film that became a blockbuster loved by millions. The scenes of Benji scampering through soft-focus daffodils seem hilariously dated now, but the dog’s point-of-view filmmaking was groundbreaking at the time. The canine performance is one for the ages, thanks to especially fine work by rescue dog Higgins. Even Alfred Hitchcock confessed to being a fan of Benji! Joe Camp’s son Brandon directed a Benji remake for Netflix in 2018 if you’re looking for a more modern take on the story of a dog healing a family.

7. Lady and the Tramp

One of the flagship titles on the new Disney+ streaming service, this live-action update of the classic story sees real dogs play the pampered Lady and streetdog Tramp, who fall in love despite coming from different worlds. The real dogs bring a charm to the film -- their mouths were made to ‘talk’ in post-production – avoiding the creepiness of the CGI Buck in the recent Call of the Wild. There’s an A-list voice cast too – Tessa Thompson as Lady, Justin Theroux as Tramp, Ashley Jensen as Scottish terrier Jock, Sam Elliott as bloodhound Trusty, and Janelle Monae as Pekingese Peg... plus the great F. Murray Abraham is on hand to serve the famous spaghetti and meatballs. If you want to compare the new version with the classic original, the 1955 animated version is also available on Disney+, BFI Player, Amazon, Google Play, iTunes, Chili, YouTube and Microsoft Store. 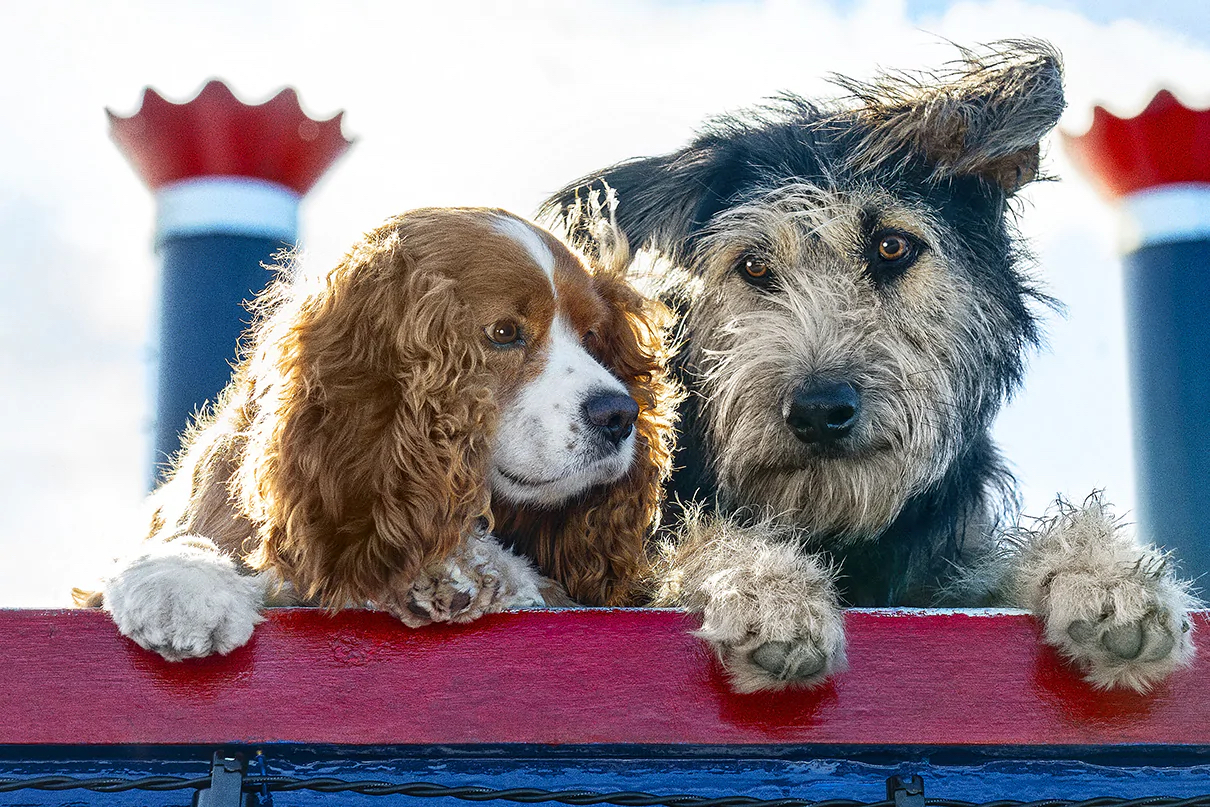 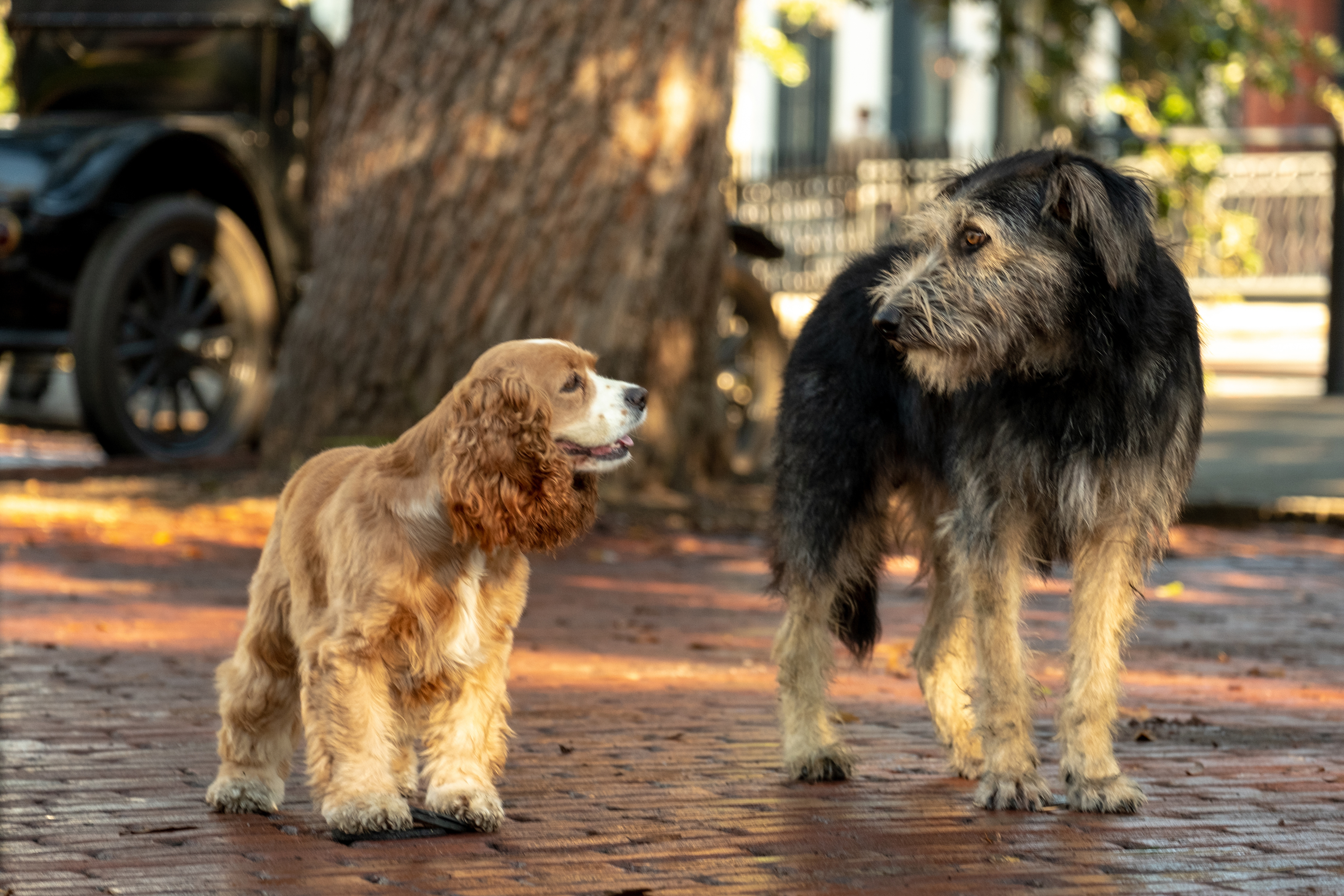 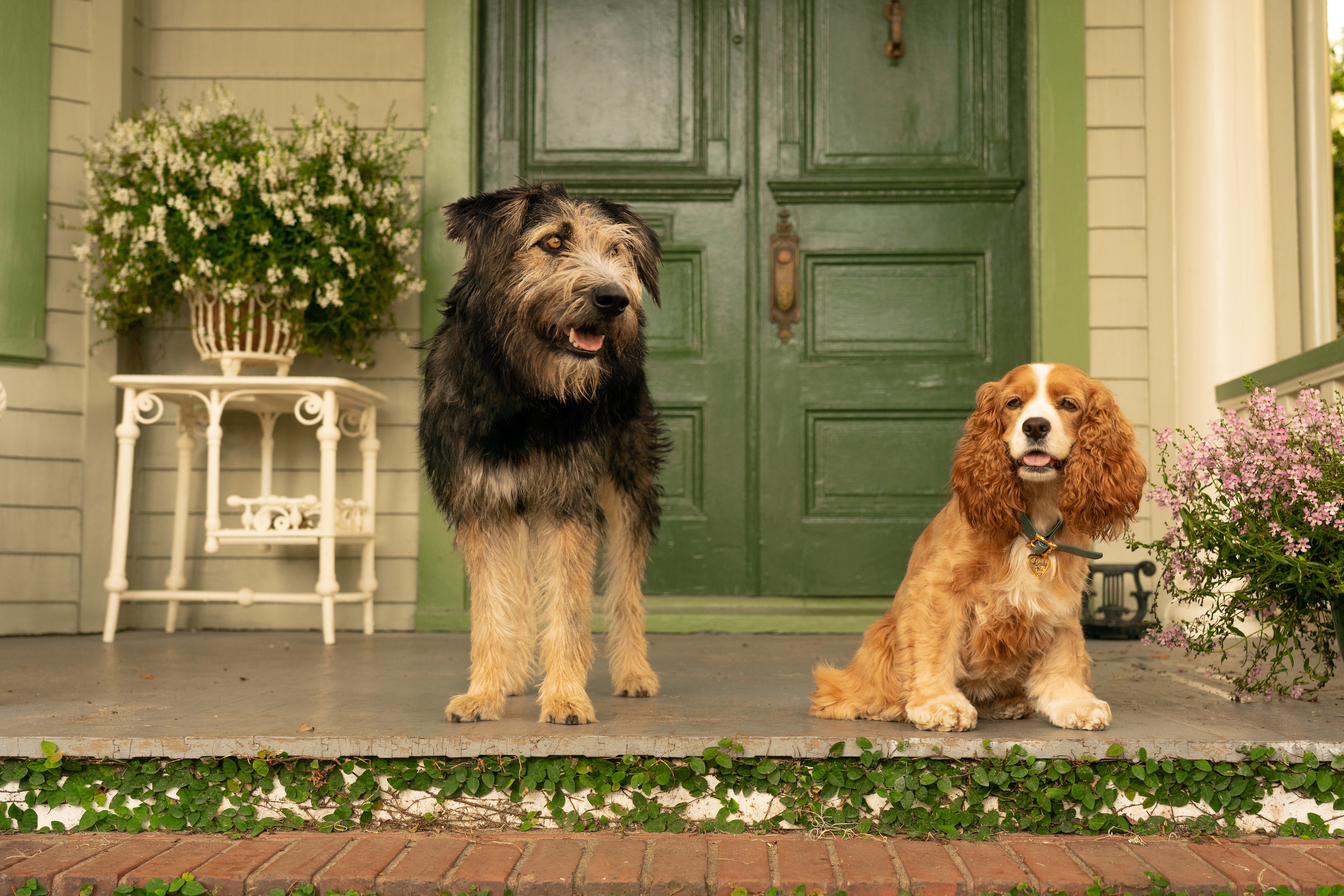 Skip, the lovable Jack Russell terrier, really is a boy’s best friend in this sweet tale of a lonely nine-year-old boy in a Norman Rockwell-esque town in 1940s Mississippi. Jack Russell Terriers Moose (best known as Eddie from TV’s Frasier) and his son Enzo played Skip. It’s impossible to watch Enzo, and Moose in the final scenes, and not reminisce about the first dog you ever loved. Have the tissues ready!

9. Pick of the Litter

This moving documentary follows five puppies -- Patriot, Potomac, Primrose, Poppet, and Phil -- on their two-year quest to become guide dogs for the blind. It’s an educational watch to see the journeys of the dogs and the humans, but also wholly entertaining and inspiring. This documentary’s directors, Dana Nachman and Don Hardy, also created a new Pick of the Litter series available on Disney+.

In this 1939 classic, Oz might not exist without Toto. Kansas farmgirl Dorothy (played by 16-year-old Judy Garland in her most famous role) would have never run out into that tornado if she hadn’t been trying to protect her beloved pooch. Toto is in nearly every scene of this classic, from the opening serenade of ‘Over the Rainbow’ to the emotional ‘there’s no place like home’ finale. MGM had famously considered a man in a dog suit to play Toto; it’s hard to imagine that scenario after seeing legendary cairn terrier Terry steal the show. 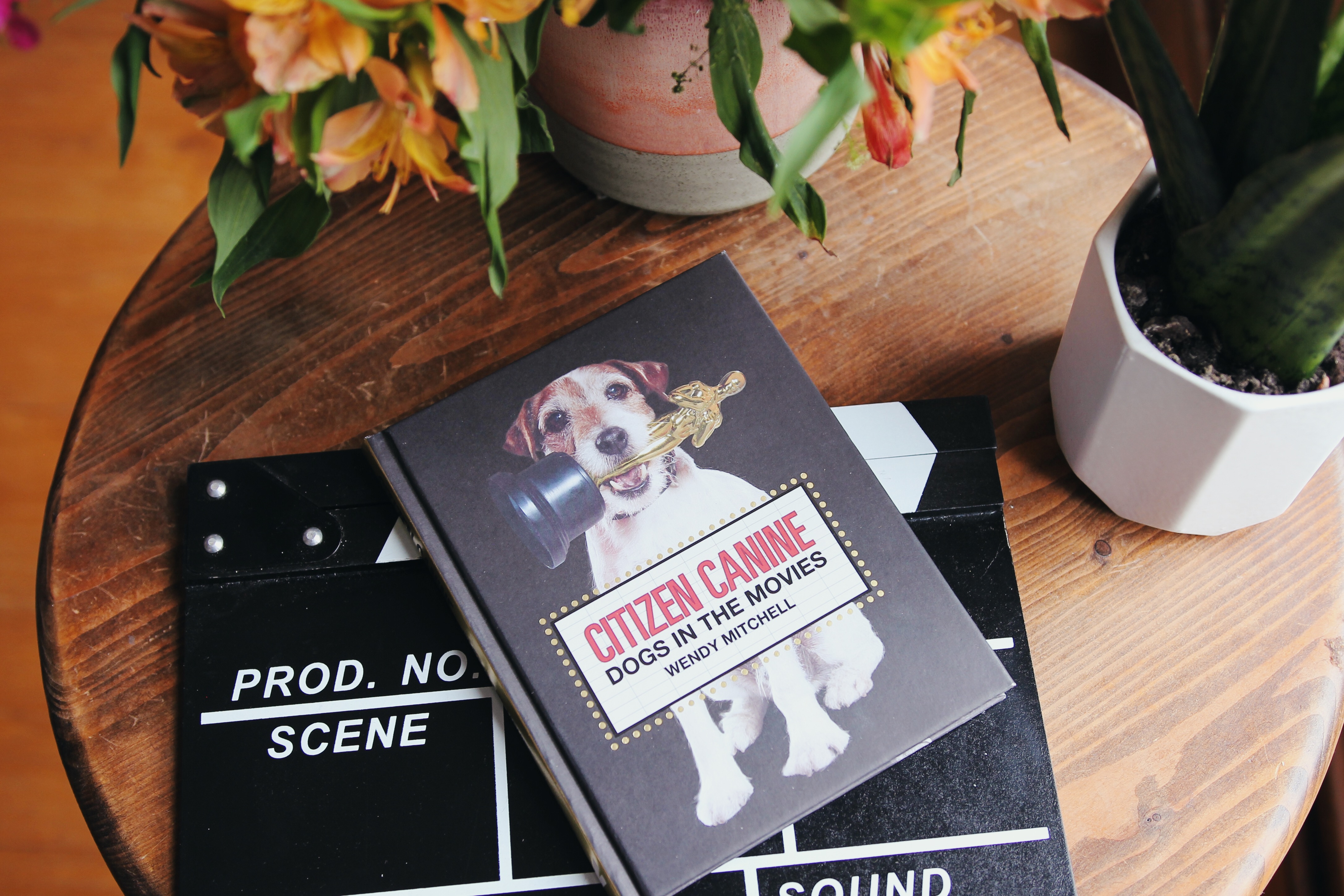