Part of the Words that Changed the World series, Albert Einstein’s Theory of Relativity and Charles Darwin’s On the Origin of Species are bold, beautiful, accessible guides to two of the most ground-breaking and life-changing theories of human history. These science books for young readers are written by experienced children’s authors and beautifully illustrated throughout to capture the imagination and interest of budding scientists. 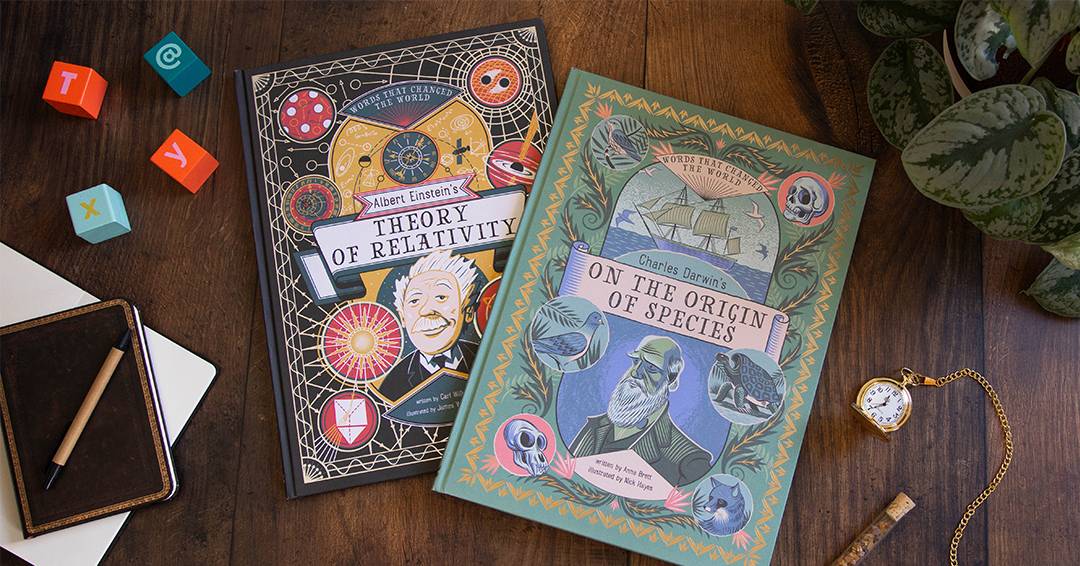 In Albert Einstein’s Theory of Relativity, Carl Wilkinson eloquently shows how Einstein came to write the most famous equation in history that changed the world forever. His ideas about everything from tiny atoms to the light from distant stars revolutionised science and made us see the universe differently. He also became one of the very first global celebrities and his unusual, rebellious personality challenged the way people around the world thought about themselves and the planet on which we all live.

The book is broken into 10 bite-sized chapters, each richly illustrated by James Weston-Lewis, and takes the reader through Einstein’s ideas that eventually led to one of the most famous theories of the 20th century. The first part describes five concepts in Physics and what was known about them in his day: gravity, light, relativity, space and time. The book moves on to explain Einstein’s discoveries, starting with his ‘Miraculous Year’ in 1905, when he made a series of incredible breakthroughs that would change the course of science. The Theory of Relativity becomes then the main focus and Carl Wilkinson explains in detail how this was achieved while also highlighting the publication of this astonishing work, Einstein’s Nobel Prize win in 1921 and how his discoveries have contributed to the modern world.

This step-by-step journey through Einstein's mind takes his original manuscripts and makes them accessible while striving to inspire budding scientists in the same spirit that he tried to explain his fame to his own son, Eduard “When a blind beetle crawls over the surface of a curved branch, it doesn’t notice that the track it has covered is indeed curved. I was lucky enough to notice what the beetle didn’t notice”. 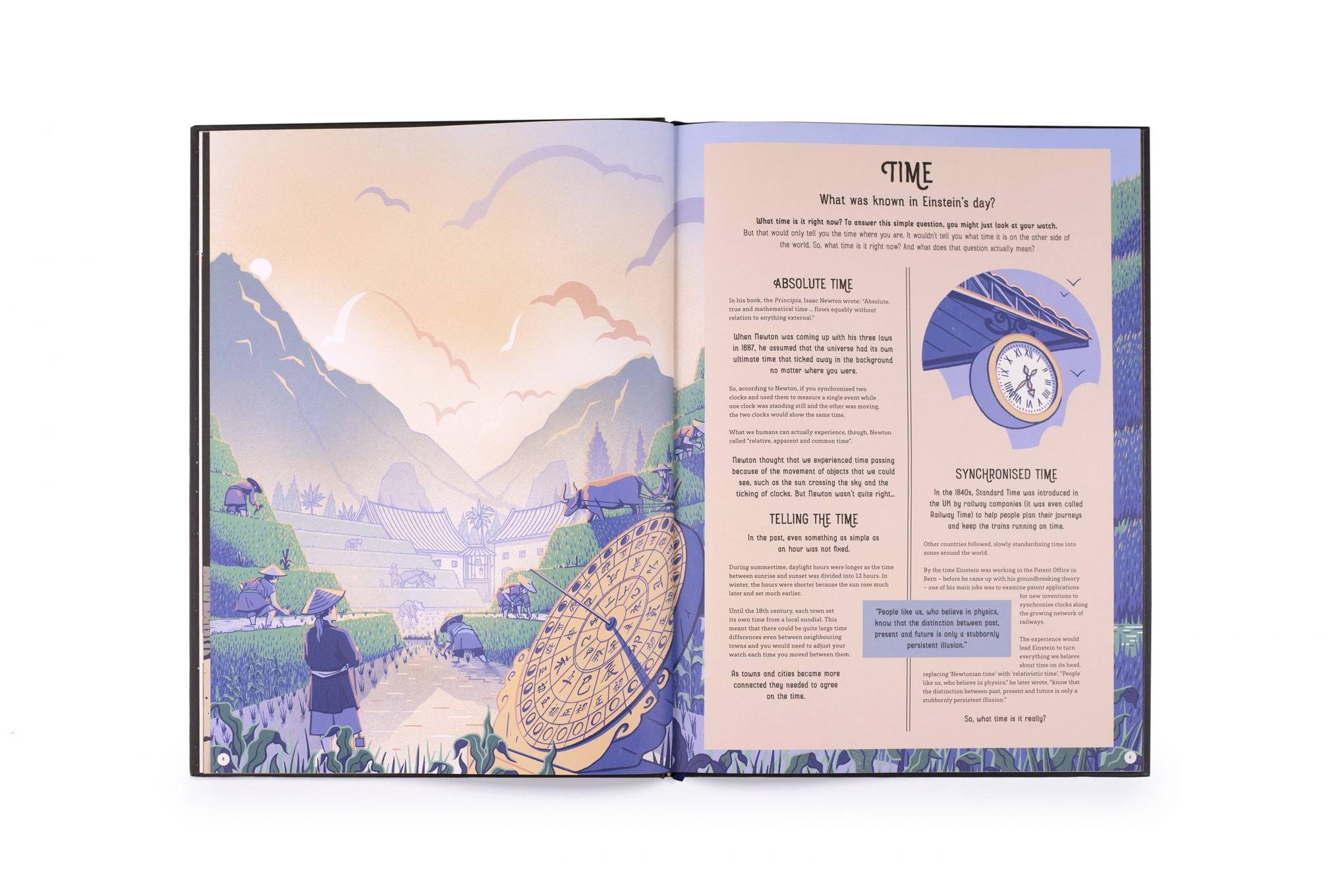 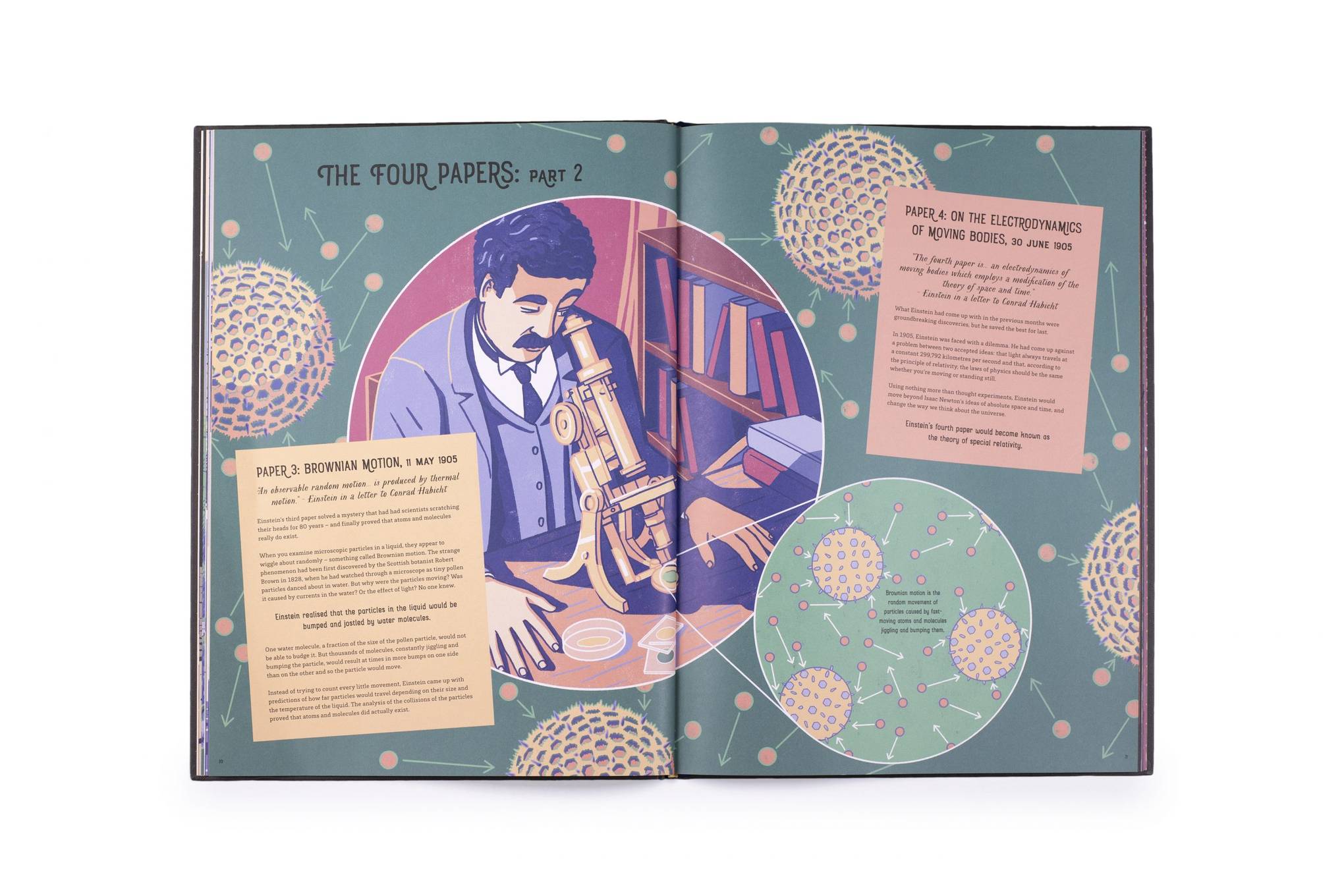 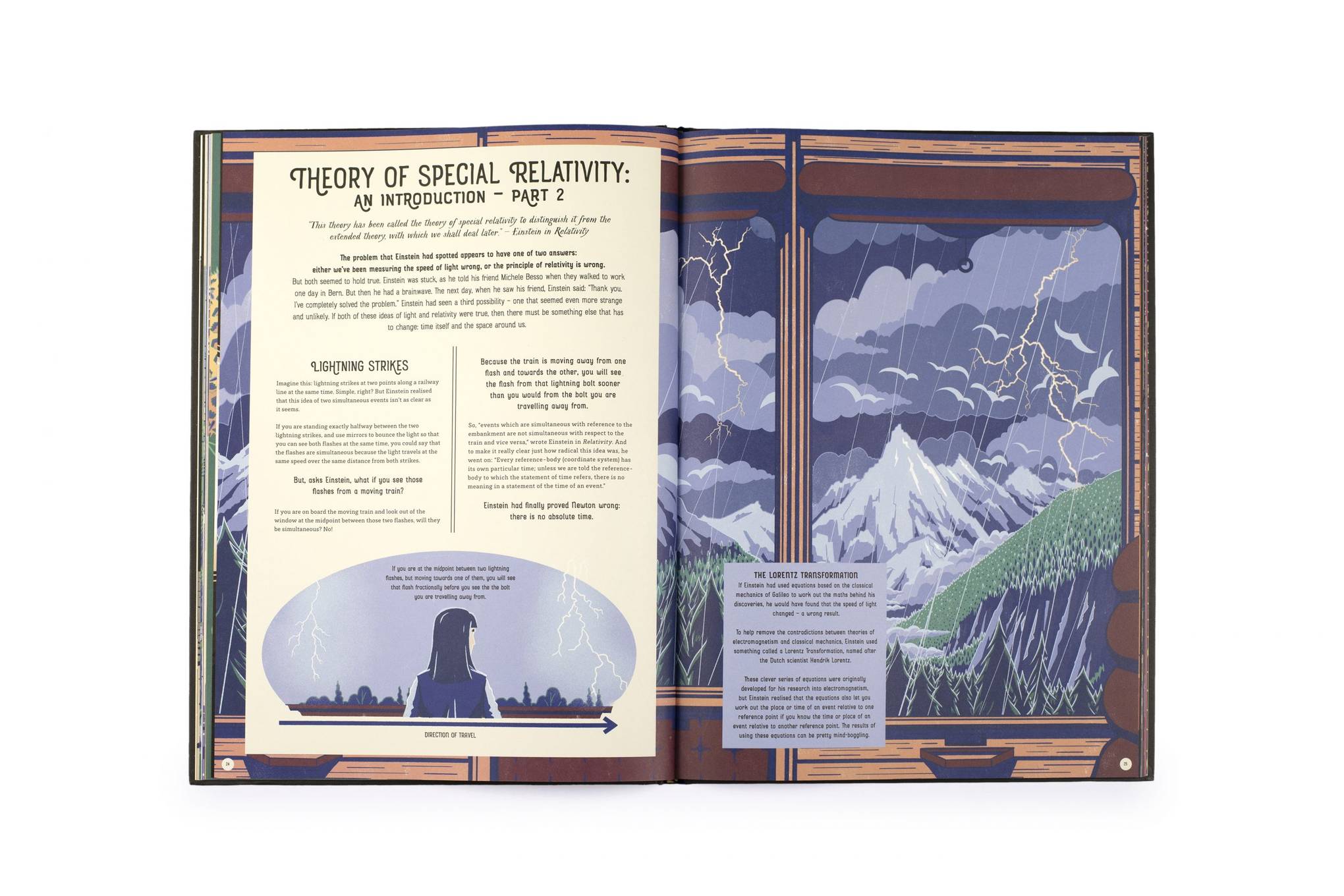 In the second book of the series, Charles Darwin’s On the Origin of Species, we learn about Charles Darwin, his life, his ground-breaking work and of course his legacy. One of the greatest scientists who ever lived, he published his world-famous book On the Origin of Species by Means of Natural Selection in 1859 which opened people̕ s eyes to the incredible diversity of life on Earth. Contained within its pages was a detailed account of Darwin̕ s theory of evolution by natural selection, which remains the best evidence-based explanation for how species develop and change over time. The publication of his theory changed our entire understanding of the natural world and was one of the most significant events in scientific history. Darwin̕ s impact on science continues to be celebrated over 150 years later.

“There is grandeur in this view of life... whilst this planet has gone cycling on according to the fixed law of gravity, from so simple a beginning endless forms most beautiful and most wonderful have been, and are being, evolved.”

Accessibly written by Anna Brett and richly illustrated by Nick Hayes, the book lets the young reader discover how Darwin changed our understanding of the human race – and our place within the animal kingdom – with his revolutionary work. Divided into short yet comprehensive chapters, children will be able to learn about one of the most significant theories of mankind and discern the ideas – as well as their consequences – of one of the most influential scientists in the world. Chapters include Darwin’s early experiences, his life-changing trip on the Beagle and the astonishing discoveries he made while in South America, the painstaking work he undertook to put his theory to the test and the concepts that we now take for granted – gradual evolution over time, ecological interdependence, species adaptability and variations – as well as challenges to his theory and what we have come to know now. 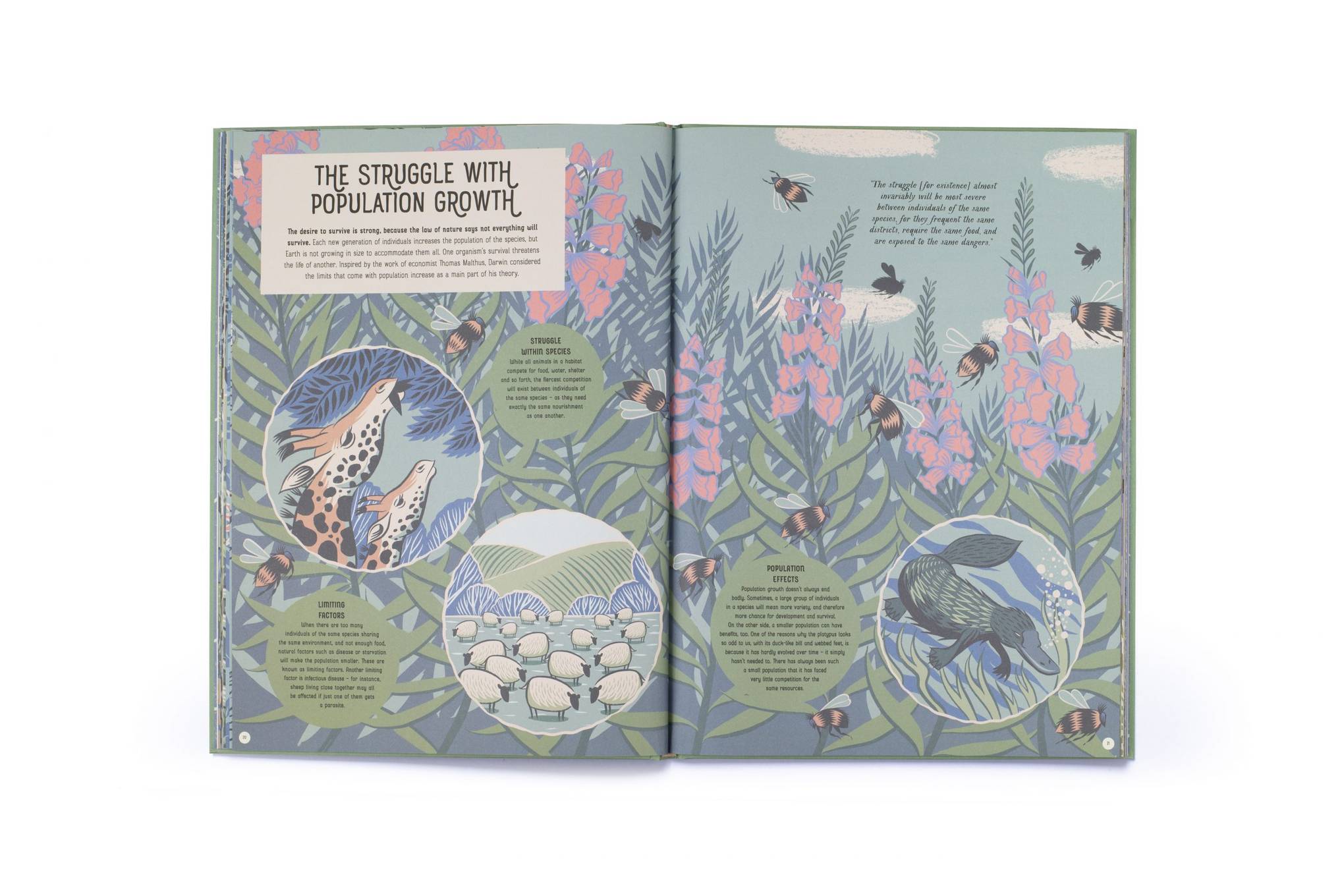 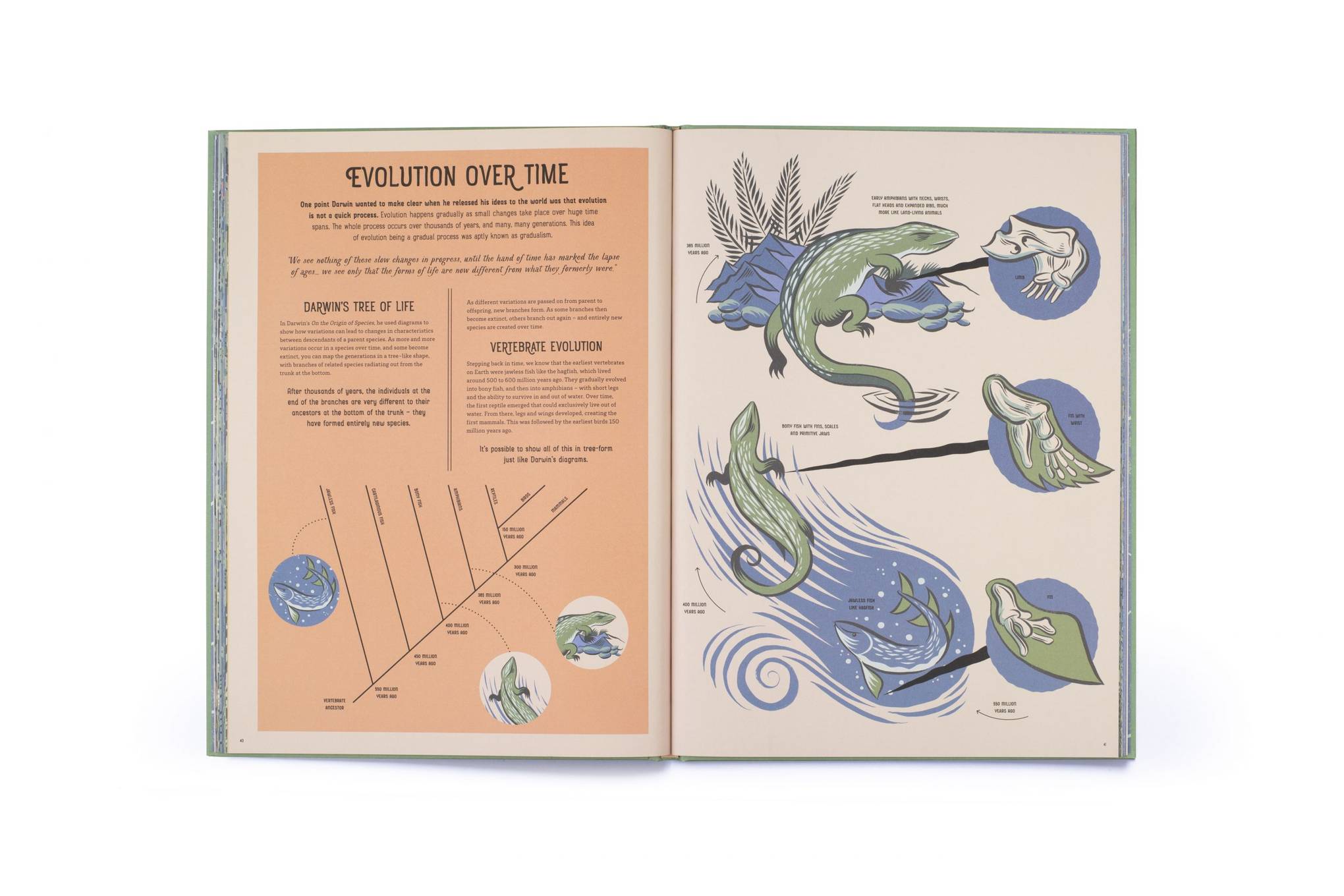 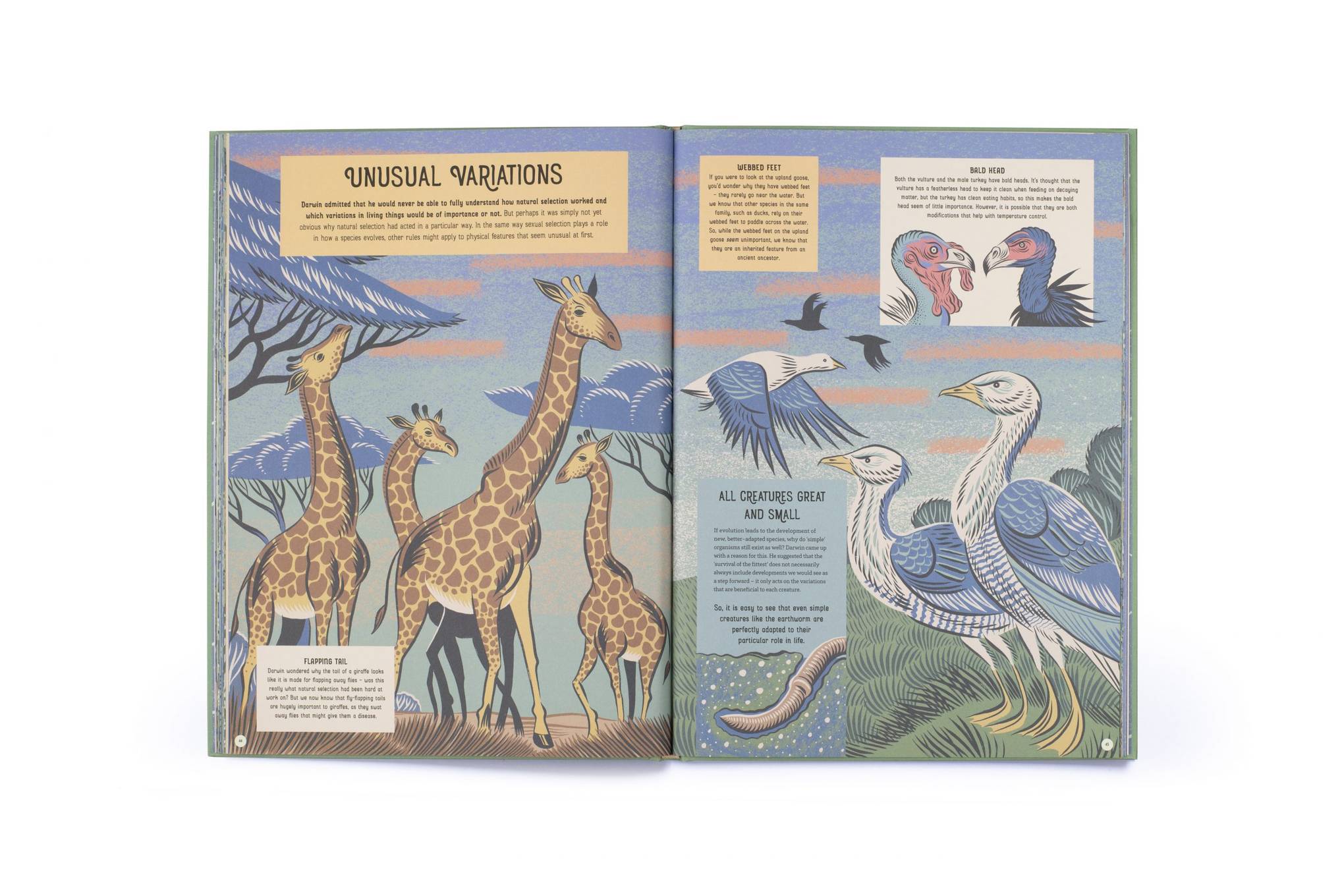 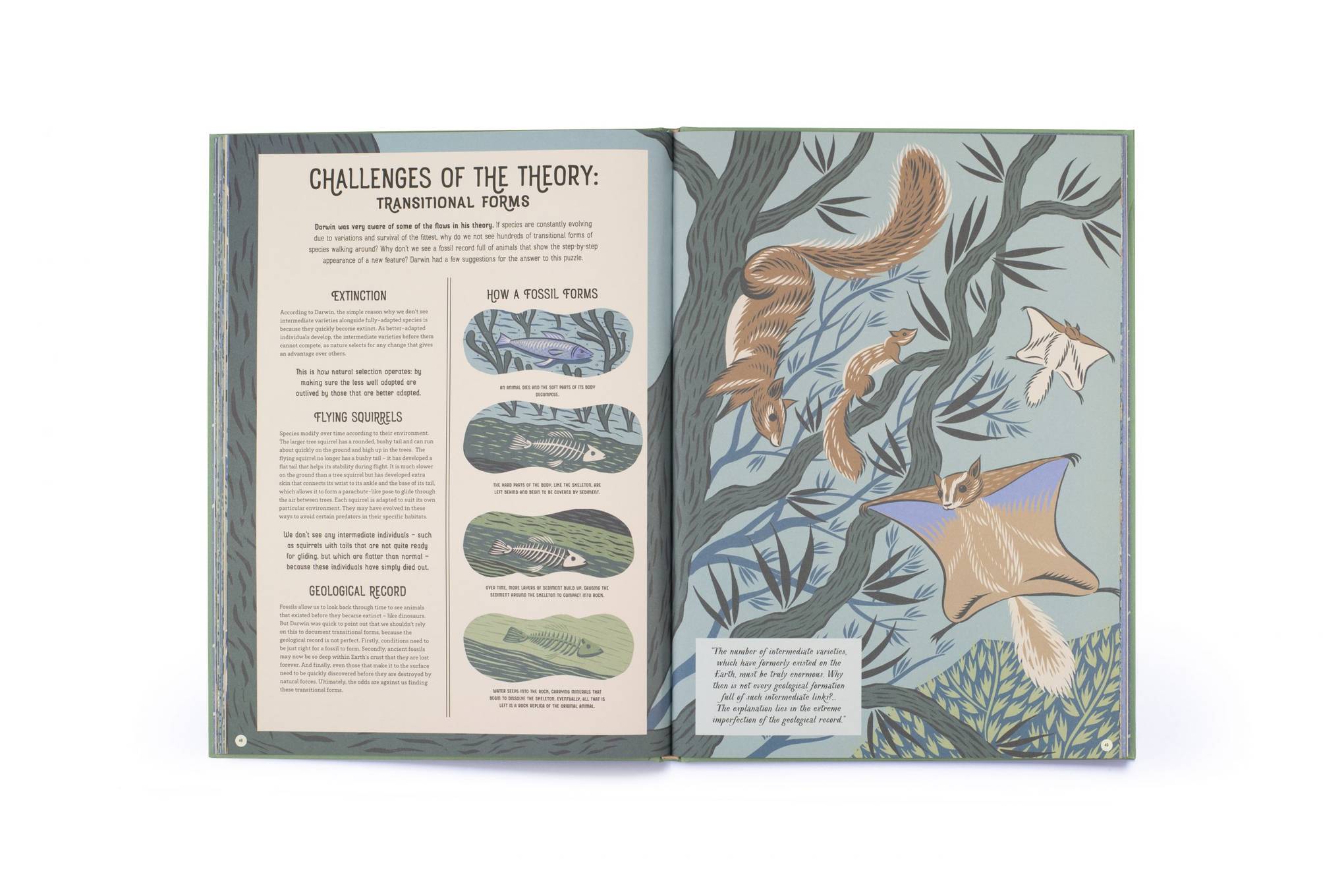 Both books include a glossary of key terms and concepts and are invaluable companions for the understanding of these two incredible theories, perfect for both the home setting and the school environment. Additional resources can be found on the downloads tab of each title. The books are suitable for children aged 8+ and a must-have for anyone who wants to learn and explore the notions of two of human history’s most remarkable people.